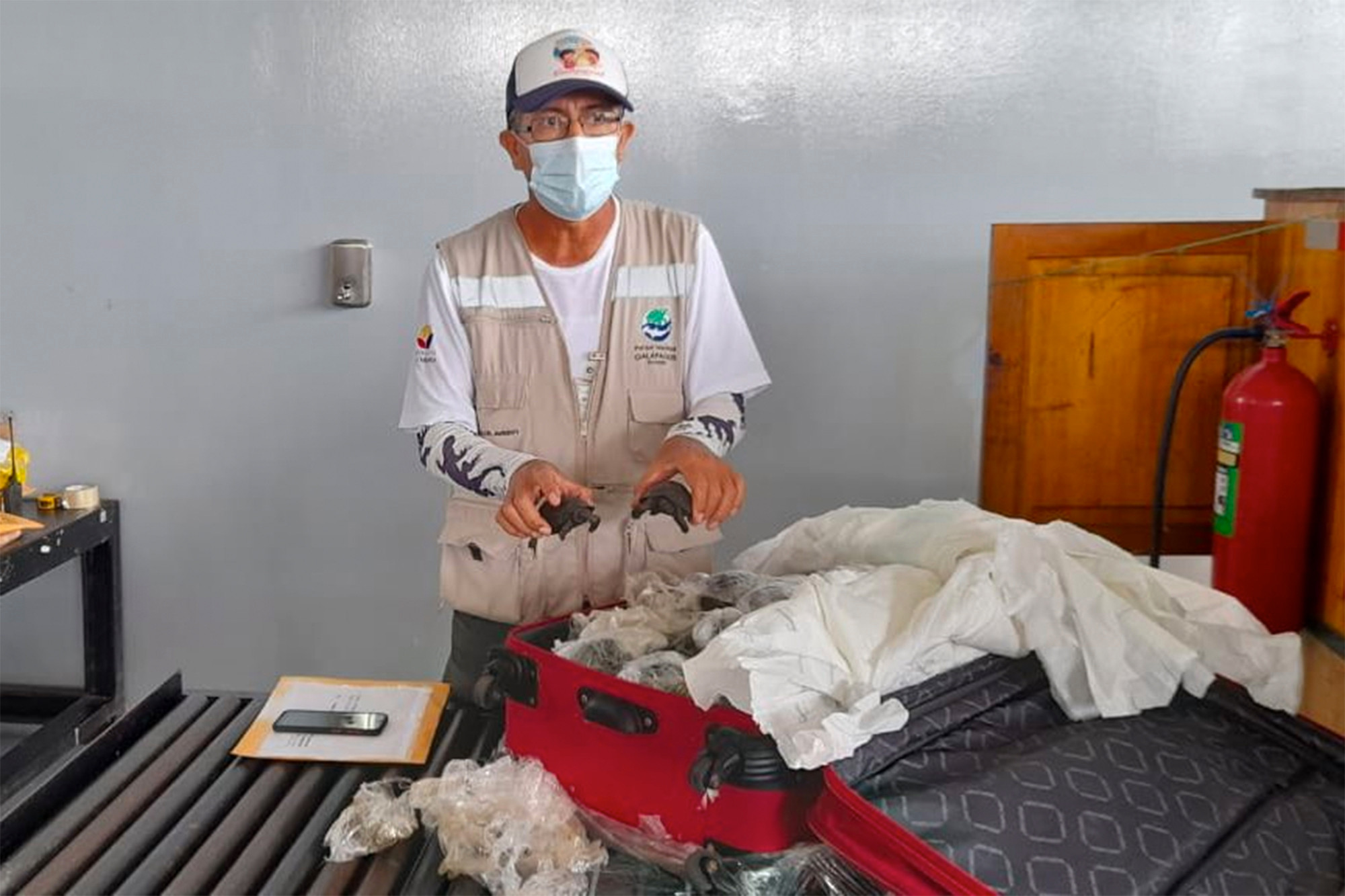 Workers at a Galapagos Island airport in Ecuador found a suitcase filled with 185 baby giant tortoises wrapped in plastic, a finding that local authorities called a “crime against wildlife and the natural heritage of Ecuadorians,” according to reports.

USA Today, citing a statement from Seymour Airport on the island of Baltra, reported that an X-ray detected some kind of irregularities with the suitcase in question. The workers were reportedly under the impression that the bag contained souvenirs, but discovered the tortoises upon further inspection. Ten were dead, the others are being reviewed.