You wouldn’t think that sexual orientation has any influence on physical activity levels, especially if you identify as heterosexual — but the unfortunate reality is that it can, and often does. Being a “sexual minority” is like belonging to an effectively invisible minority group, meaning that unless your sexual orientation is disclosed people will often just assume you are heterosexual.

Think of heterosexuality like the “default” option in society.

If you naturally fit into the default, then you probably haven’t had to give your sexual orientation and the various influences it may have on you much thought.

However, if you deviate from heterosexuality then you’re probably aggravatingly aware of how society is built to favour those to adhere to its norms.

For example, one study estimates that sexual minority women are twice as likely to be overweight or obese that heterosexual women.25

But why? Why are sexual minority seemingly doomed to avoid physical activity? Public health trends are extremely nuanced and related to a multiplicity of factors — but here are three potential factors. 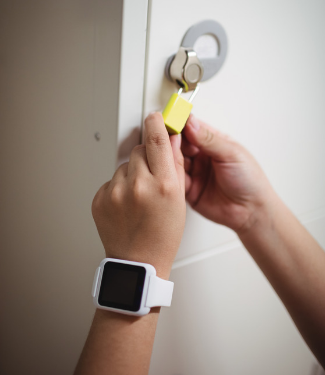 Although we are slowly inching towards inclusivity, heterosexism (or homophobia) is still very much ingrained within our society. Subsequently, homophobia can take many forms.

It can be loud and overt like being asked to leave the locker room,6 it can be institutionalized like the lack of same-sex family memberships to fitness facilities,4,5 or it can be subtle and packaged with a smile like when your cheerful fitness instructor immediately assumes you’re working out for that sweet male gaze (a.k.a. your boyfriend).12

Locker rooms are a key component to accessing fitness facilities — unfortunately, they are gendered. As such, patrons of locker rooms (in order to protect the implicit heterosexuality within the boy vs. girl divide) often interject when they feel like someone doesn’t belong in that space.

For sexual minority women, especially when they present more masculine, this means that people often stare, gawk, ask them to leave, or get some authority figure to have them removed.6,12

If someone is using a gendered space, just assume that they know their gender better than you ever could — please don’t enact gender policing, instead foster gender variant support.

Depending on the fitness facility, family memberships can be included in their roster of promotional packages. Typically, the fine print of these memberships dictate that a family consists of a man, a woman and their offspring. As a result, LGBTQIA2S+ families that deviate from the archetype nuclear family are not eligible to save money while promoting fitness in their family.4,5 As we continue to question the seemingly compulsory nature of heterosexual family structures hopefully these discriminatory policies will change. 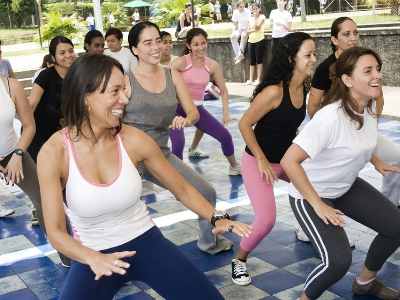 Fitness classes are absolutely amazing, especially group fitness classes where you can sweat and be social all at the same time. Fitness instructors, in dealing with a large group of students, often rely on blanket statements to help motivate people. One trope in fitness is that any female-bodied individual must be working out to modify appearances to make themselves more attractive to men.12

Obviously there is a lot wrong with that assumption, for hetoersexual and sexual minority women alike. Thankfully, workshops are now being created to give fitness professionals the proper training to avoid these common pitfalls (e.g., Queerflex, based in Edmonton, AB, offers LGBTQIA2S+ Fitness Accessibility Training workshops, aimed at fitness professionals and fitness facilities alike).

Now this point may seem counterintuitive. You may be thinking — it’s a stereotype for a reason. Admittedly you’re right — athletics have long been acknowledged as a refuge for lesbians.7,11 Sports, especially sports associated with masculinity, have attracted sexual minority women since well… forever. 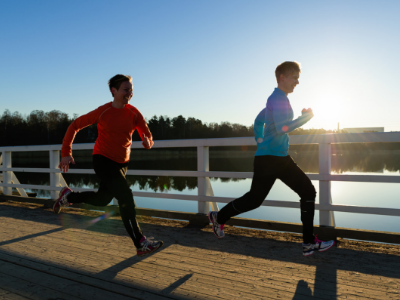 The most common (and most offensive) theory is that sexual minority women are inherently more masculine than heterosexual women, and are subsequently more attracted to sports where their masculinity is celebrated. As a lesbian synchronized swimmer, I can assure you that is not always the case but I have dated my fair share of hockey and rugby babes so you know, for whatever reason certain sports have higher sapphic tendencies.7,11

However (and this may seem like common sense), not all sexual minority women excel in sports — in fact, the majority of them (similar to the rest of the population) do not. It has been shown that this stereotype actually generates high levels of expectations for success that are considered unrealistic and stressful for many sexual minority women.3,4,13

Life can be stressful — it can be even more stressful for those that belong to one or several minority groups.18,19,20 A good number of you may have stumbled across the term, intersectionality, which is a complex and nuanced concept that refers to the interconnectedness of social organizations such as class, race, sexual orientation and gender.26,27,28

Minority identities can overlap, intersect and compound in a variety of ways that typically culminates in psychological stress.18,19,20 To help deal with the stresses in our lives we rely on a variety of coping mechanisms — the things we do to help us get through the day, month, year, etc. 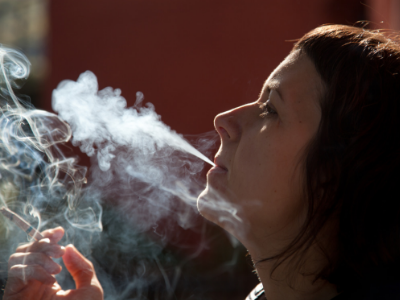 Unfortunately, among sexual minority women (as well other LGBTQIA2S+ communities), the most popular coping mechanisms are smoking, alcohol abuse and substance abuse — all of which can be detrimental to one’s overall physical health.9,10,14,15,16,17,22,23

How You Can Be a Better Ally

So, what can we do to help? As you may have been able to ascertain there is no simple answer to that question. My advice:

Try not to perpetuate stereotypes. Try not to assume that everyone is heterosexual. All I can ask is that you try (that’s all anyone can ask).

If you are reading this article and do identify as a sexual minority but for whatever reason nothing in this article has resonated with you — then support those in your community who may feel differently.

Don’t negate others’ experiences on the premise that you haven’t shared in them.

Together, and only together, can we make physical activity spaces and practices safer for everyone — regardless of who they love.