A plant originally native to Southwestern North America, jojoba is a golden liquid wax (often mistakenly called jojoba oil) that is made from the jojoba bean.

As the key ingredient in The Jojoba Company’s impressive range of Australian made and owned skincare products, jojoba contains essential fatty acids, vitamins A, D and E as well as powerful antioxidants designed to restore, nourish and maintain healthy skin—but our appreciation for this magical little plant extends far beyond the beauty benefits it provides.

Here, Vicki Engsall, Co Founder of The Jojoba Company gives us an insight as to why jojoba is worth a spot in your beauty arsenal, for more reasons than one.

#1 It is the only plant on earth known to produce a wax similar to that found in young, healthy human skin

“Jojoba is not an oil but a liquid wax ester that is the closest botanical match to our skin’s natural oil,” shares Vicki. About 30% of our skin’s sebum is a natural wax ester and as Vicki explains, our skin recognises jojoba wax as similar to its own natural wax ester. As a result, skin pores remain open allowing jojoba to penetrate beyond the epidermis layer. “It is able to carry the active natural ingredients within each of our products deep into the skin which is why jojoba is at the heart of our entire skincare range.” 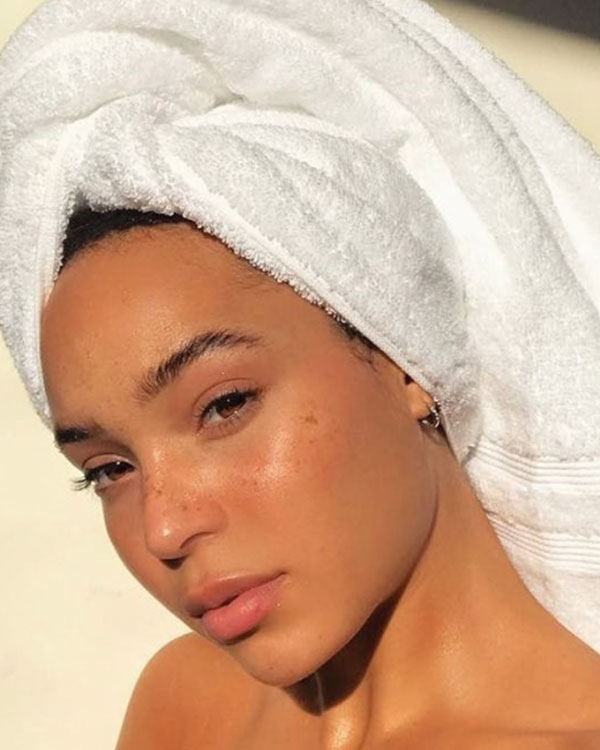 “Jojoba is not an easy plant to grow, Vicki tells Sporteluxe. “It requires a lot of patience and care to ensure it is of the highest possible quality – patience and care that The Jojoba Company is happy to provide on their farm in Yenda, NSW. The growing and filling process is a lengthy one and requires several stages from seed to bottle:

1. Baby jojoba plants are planted.
2. After allowing 5 years for these to mature, the beans that the jojoba plants have produced fall to the ground and are harvested.
3. The jojoba beans are then cold pressed, to retain the nutrients and purity, and 50% of the mass of the bean is our pure jojoba liquid.
4. The jojoba liquid is then filtered, and filled into The Jojoba Company bottles.
5. Nothing is added to the 100% jojoba

#3 It’s grown on a sustainable farm

Australian jojoba used in The Jojoba Company’s skincare range comes from their farm located in Australia’s Riverina region in Yenda where the jojoba is grown as organically as possible with no chemicals applied to the plants.

The Jojoba Company has partnered with an international farm where they have been able to introduce Organic Jojoba to the range where it passes strict requirements to meet the organic standard in Australia. 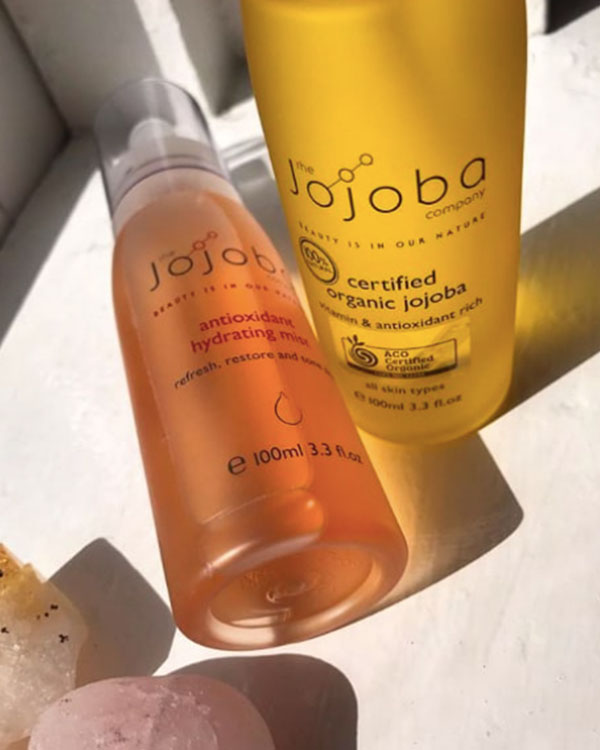 #4 The crop is carbon negative which means minimal environmental impact

“Jojoba requires very little maintenance as it does not need pruning or spraying and uses very small quantities of water,” explains Vicki. “In addition, it has an extensive root system for which extra carbon is needed to create, therefore jojoba absorbs more carbon from the atmosphere in order to grow, than most other plants. This means that the growing process of jojoba is carbon negative and does not contribute to the carbon footprint.”

#5 It’s suitable for many different skin types, including oily

“Due to jojoba being hypoallergenic and so compatible to our skin, it is suitable for many different skin concerns. This includes oily and combination, sensitive and dry skin as well as helping to even skin tone and unblock pores, just to name a few,” shares Vicki.

“When jojoba is used in conjunction with other natural active ingredients, the benefits for these concerns are then elevated. This is why we have created products such as the Ultimate Youth Potion, Hydrating Day Cream, Jojoba + Rosehip Oil and Absolute Serum to address specific skin needs as well as to maintain overall healthy and glowing skin.”

This is a paid article by The Jojoba Company.