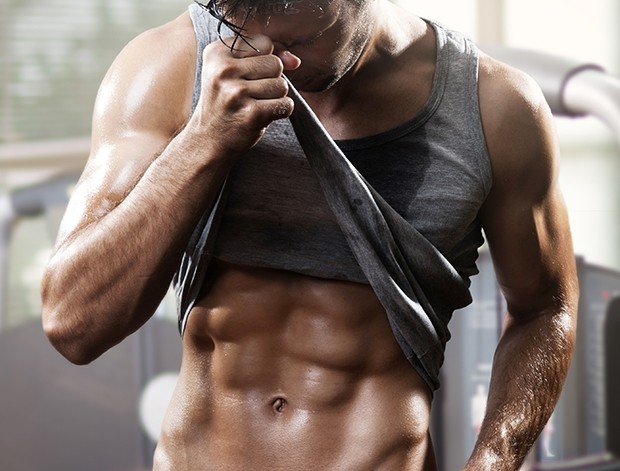 Losing weight is hard. Sometimes, the best form of inspiration is hearing what actually worked for other people with the same goal.

Recently, one Reddit user turned to the Internet to scope out this very question: “What are some weightloss diet and workout tips/tricks that actually work?”

The response wasn’t huge , but the thread was loaded with tips from people looking to dish out their own advice. The surprising part? Many of the tips they shared actually have a pretty strong backing in science. Here, seven weightloss strategies that helped them lose weight—and why they might work for you, too. 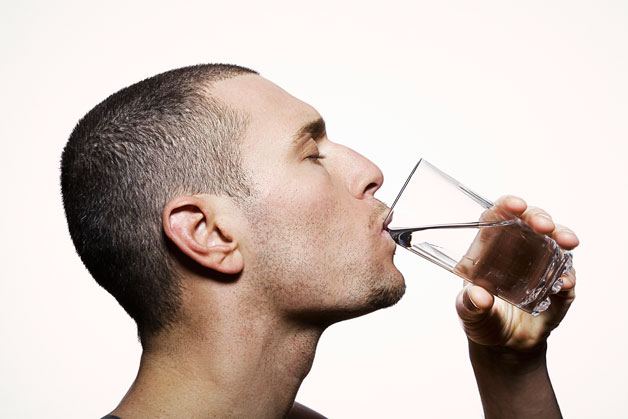 1. “Drink Water Instead of Soda”

It’s a simple swap, but an effective one. If you need to cut calories, nixing them in their empty, liquid form — like soda, booze, and sugary coffee drinks — will make a big impact.

Soda is loaded with sugar and potentially sketchy ingredients. For instance, one can of Coke contains 39 grams of added sugar (more than your daily recommended max of 36 grams) and 140 calories. Just one a day will save you nearly 1,000 extra calories a week.

(Related: This drink helps you burn an extra 490 calories a week)

Plus, drinking the sweet stuff might be upping your risk of some serious health conditions, too. One study published in the Journal of Nutrition suggests that people who sip sugary drinks like soda have 10 per cent more visceral fat — the fat you can’t see hiding deep within your body around your organs — than people who avoid the stuff. This type of fat has been linked to heart disease and diabetes. Thankfully, you can burn 300 calories quicker than you realise.

2. “Meal Prep Will Change Your Life”

This tip comes from the same user as above. If you have a hard time making healthy food choices in the moment, prepping meals ahead of time can save you from those impulsive not-so-great decisions.

When you have a hectic work schedule or kids to take care of, it’s a lot harder to turn down fast food or frozen meals you can heat up in 5 minutes. Taking a day or two out of your week to prep will ensure that your meals are full of muscle-building protein, filling fibre, and healthy carbs and fats — all essentials when you’re looking to drop pounds. 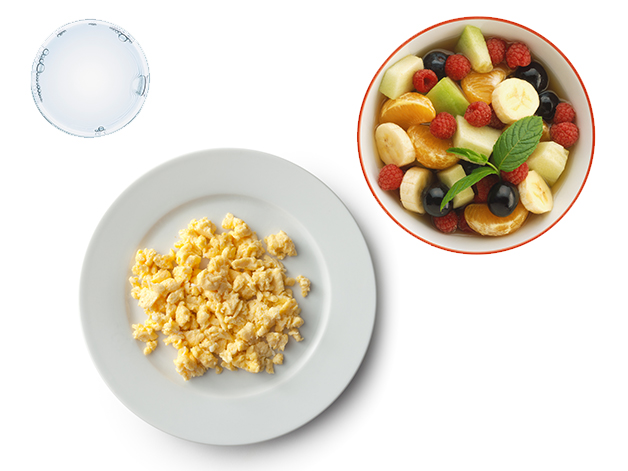 More than one person in this Reddit thread gave a shout out to intermittent fasting, a weightloss strategy that has surged in popularity. Basically, your eating is restricted during set times and you eat as normal — or even more than you would otherwise — during others.

(Related: 2 muscle meal plans to get you ripped)

In fact, intermittent fasting is just as effective for weightloss as daily calorie restriction, according to a study from the University of Illinois at Chicago. In this experiment, people who fasted ate 25 percent of their daily calorie needs every other day, known as “fast days.” On their “feast days” they ate 125 percent of their calorie needs. So if you typically eat 2,000 calories a day, you’d eat 500 calories one day, followed by 2,500 the next.

(Related: I tried intermittent fasting for a week — here’s what happened)

Any diet can work — as long as you’re consistent and able to stick with it. “The people who can benefit from this type of alternate-day fasting are those who would rather feel like they aren’t restricting food intake 3.5 days out of the week,” Men’s Health nutrition advisor, Alan Aragon, M.S. told us. That means you find it hard to stick to a diet all the time, and you’d like the flexibility that feast days can give you.

“I lost 40 kg a few years ago,” one user wrote — that’s the equivalent of 88 pounds. “The only thing that really worked for me was to do cardio every single day, just 30 min of good cardio a day.”

The user added: “All you really need is decent movement every day. Jumping jacks are really effective for weightloss, they helped me most.”

Cardio can feel like a chore, but according to a study in BMC Public Health, overweight people who included both cardio and weight training into their 12-week exercise program lost more body fat than those who stuck to just one or the other. 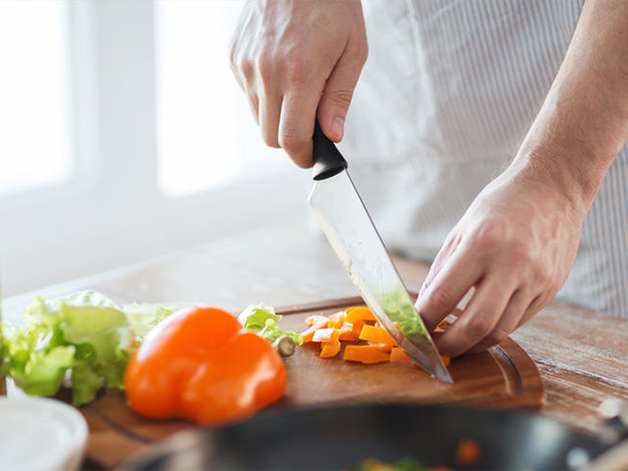 “Don’t eat anything that comes out of a bag, box, or restaurant,” one user pointed out in the thread.

(Related: Want to lose weight? Cut back on these ‘healthy’ foods)

That’s because people who whip up their own meals tend to use healthier prep methods, eat a larger variety of foods (like fruits and vegetables), and eat less processed foods, which tend to be higher in added sugar and calories, the researchers note. What’s more, cooking at home motivates you to add other healthy habits into your daily routine, like exercising regularly.

(Related: 16 kinds of protein that help you lose weight) 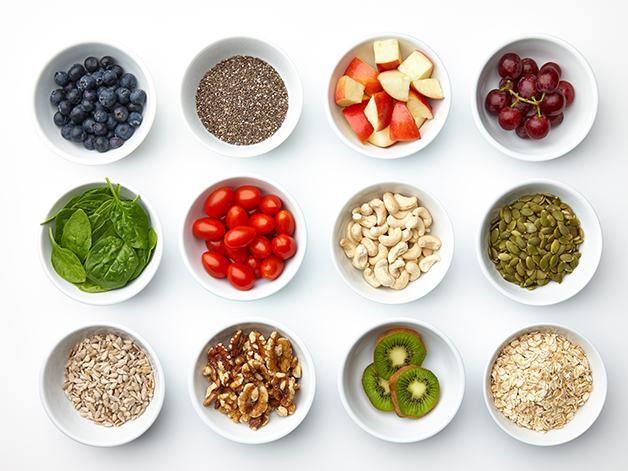 6. “Include Fruit & Veg With Every Meal”

You’re probably not eating enough fruits and vegetables, according to data from the Centers for Disease Control and Prevention (CDC). Only 12 percent of Americans eat at least 1.5 to 2 cups of fruit, while only 9 percent down a minimum of 2 to 3 cups of vegetables a day.

(Related: 10 nutrition ticks that will help you lose weight)

But filling your plate with fruits and vegetables is crucial if you want to eat more food while downing fewer calories. (Two cups of broccoli serves up only 109 calories. Compare that to just one cup of white pasta, which gets you around 200 or more.) Fruits and vegetables also contain lots of gut filling fibre, which will help keep your hunger at bay between meals.

Plus, packing in colorful produce can reduce your risk of chronic health issues, like heart disease, type 2 diabetes, obesity, and even come cancers, says the CDC report.

Try this: Fill half your plate with fruits or vegetables, and split the other between quality carbs (like whole grains) and lean protein for a satisfying meal, Wesley Delbridge, R.D., spokesperson for the Academy of Nutrition and Dietetics, told Men’s Health recently. 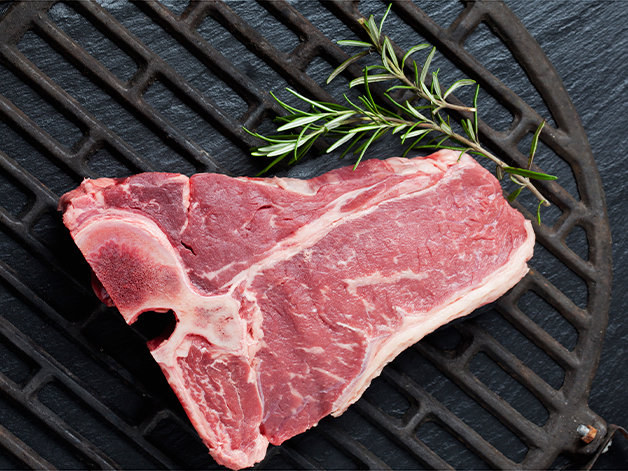 7. “Keto Worked For Me, But Mostly Because It Helped Me Reduce My Calorie Intake”

The ketogenic diet is all anyone can talk about lately—but it’s not exactly new. The keto model is similar to the Atkins diet of the early 2000s, but focuses more heavily on carb restriction. When you go keto, 60 to 80 percent of your diet is composed of fat, 10 to 15 percent comes from protein, and less than 10 percent is made up of carbs.

(Related: Everything you need to know about the Keto diet)

Here’s the thing: Keto is extremely restrictive, which automatically means it won’t work for everyone. But if you can stick with it, you should go into in a ketogenic state, which will theoretically force your body to run on fat rather than glucose (a type of sugar found in carbs), helping you burn fat by default.

Plus, as the Reddit user noted, you’re forced to eat a limited number of foods, which means you have less of any opportunity to rely on unhealthy options. Plus, you can’t really eat carbs, so you will immediately eliminate refined carbs, like sugar cereals and packaged snacks, which can help you reduce your calories.

A version of this article originally appeared on MensHealth.com