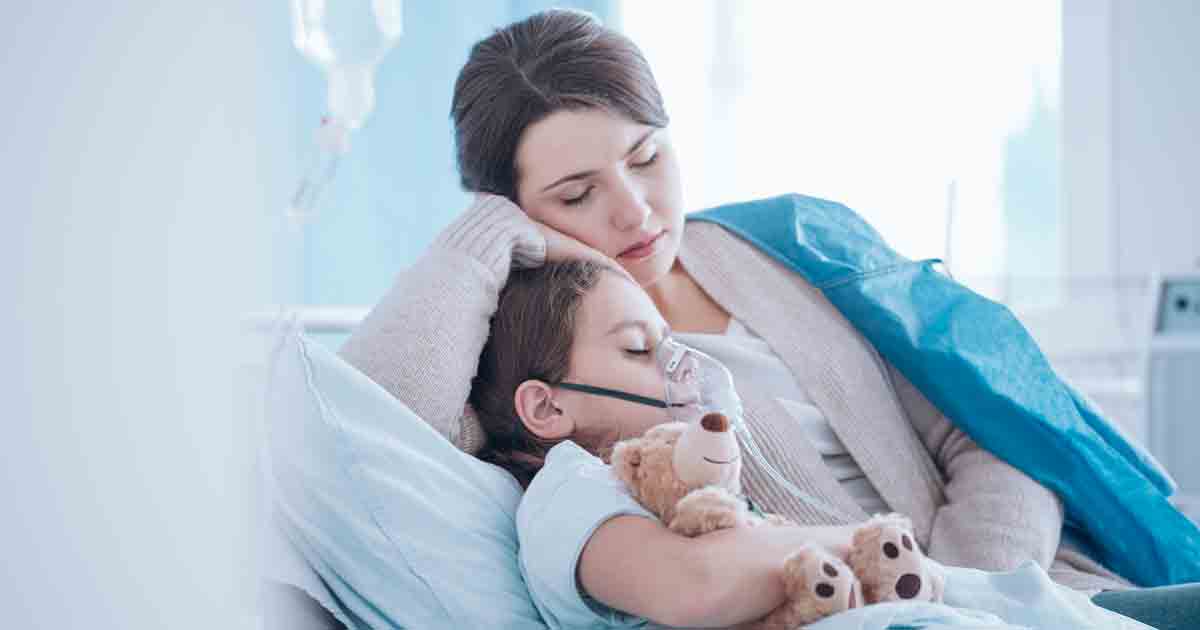 So far in 2018, at least 106 confirmed cases of acute flaccid myelitis (AFM) have occurred in the U.S.1 The mysterious disease, which is reminiscent of polio, primarily affects children and can cause permanent paralysis, continues to baffle the U.S. Centers for Disease Control and Prevention (CDC), which has been investigating the disease since 2014.

It was that year when AFM cases first spiked, reaching 120 cases from August to December. The condition then seemingly took a year off, with only 22 confirmed cases in 2015, followed by another spike in 2016 (149 cases). The next year another lull ensued (just 33 cases were confirmed in 2017) and, as has been the ongoing pattern, 2018 marked the next two-year spike, with cases continuing to rise.

While some clues have been revealed regarding AFM, like the fact that most people have an onset between August and October, and experience a fever or mild respiratory illness beforehand, the CDC remains largely in the dark as to what is causing AFM and why some people recover, and others do not.

Perhaps as mysterious as the disease itself is why the CDC, the U.S. health protection agency, remains largely in the dark about AFM, which is quickly becoming a prominent health issue. Parents and scientists alike have criticized the CDC for their lack of effective response.2

“Despite extensive laboratory testing, we have not determined what pathogen or immune response caused the arm or leg weakness and paralysis in most patients. We don’t know who may be at higher risk for developing AFM or the reasons why they may be at higher risk. We don’t fully understand the long-term consequences of AFM.”

The Minnesota Department of Health (MDH) is investigating six cases of AFM in the state, which occurred since September 2018. In a letter to the CDC, Sen. Amy Klobuchar, D-Minn., expressed her concern about the rise in AFM cases and requested an update on the CDC’s investigation and progress in determining the cause of the disease as well as issuing updated treatment guidelines for health care practitioners.

“While I appreciate your response to my previous letters and willingness to provide staff briefings, important questions remain regarding the CDC’s efforts to address the … cases of AFM … Accordingly, I respectfully request answers to the following additional questions,” she wrote, asking the following questions:5

As the questions reveal, it seems the CDC has not released even some of the most basic data relating to AFM, including an updated breakdown of cases in each state and more detailed geographic information. There is also concern that AFM cases may be underreported, but data is lacking from the CDC to confirm or deny this.

Also noteworthy, the CDC has stated that no one has died from AFM in 2018, but there was at least one death in 2017 of a child with AFM. Minnesota Sen. Tina Smith and Iowa Sens. Chuck Grassley and Joni Ernst have also contacted the CDC in attempts to get more information about AFM.

What Has the CDC Revealed About AFM in 2018?

In November 2018, the CDC released a report about the increase in AFM in the U.S. Of the 106 patients with AFM classified from January to November 2, 2018, they say 80 cases were confirmed to be AFM, six were deemed probable and 20 were classified as noncases.

“This represents a threefold increase in confirmed cases compared with the same period in 2017,” according to the CDC. As for what’s known:

So far, most cases seem to mimic symptoms found in various viral illnesses, including polio virus, nonpolio enteroviruses, adenoviruses and West Nile virus. That being said, specimens (stool, blood and cerebrospinal fluid) tested from AFM patients have so far been negative for polio virus and no pathogens have been consistently detected in spinal fluid.

In the latest round of testing for enterovirus/rhinovirus (EV/RV) in AFM patients, 54 percent tested positive for EV or RV, but most were from upper respiratory or stool/rectal swab specimens. Only two cerebrospinal fluid specimens tested positive, one for EV-A71 and one for EV-D68.

When the illness first spiked in 2014, it was around the time of an outbreak of respiratory illness caused by enterovirus (EV) D68, another “polio-like virus” that was associated with paralysis. However, according to the CDC, “Among the people confirmed with AFM, CDC did not consistently detect EV-D68 in every patient.”

In the press briefing, Messonnier again confirmed that no one underlying cause, viral or otherwise, has been identified:

“So for individual cases, we have determined causes. For example, we have detected enterovirus in several of these individual cases. There’s sort of a long list of other agents that we have found in one or two. But if you are having the peaks of disease every late summer and early fall, you would think we are finding a single agent. That is what we are not finding.

For individual cases we are finding agents, but nothing that provides the unifying diagnosis that we expect to explain this disease. I guess, if you want to be specific, I can tell you that in several of the cases we found enterovirus and several cases we found … rhinovirus … But again this is a wide variety of causes. It doesn’t explain the whole peak of disease.”

Has CDC Looked Into Provocation Poliomyelitis?

You’re only going to find what you’re looking for, and if you’re not looking for the right clues you could miss something important.

Case in point, in 2015, Dr. Allan Cunningham, a retired pediatrician from New York, wrote an intriguing analysis to the BMJ referring to the “U.S. mystery of acute flaccid myeltitis,” which at the time was just over 100 cases in 34 states, alongside a spate of more than 1,100 cases of EV D68, the latter of which did not seem to be the overriding cause.

He brought up an important phenomenon known as provocation poliomyelitis, which describes the increased risk of neurological complications known to occur if a person with a polio virus infection receives an injury to a skeletal muscle, which could include an injection from a vaccine.

There are more than 100 nonpolio enteroviruses, most of which are mild but some of which can infect the central nervous system and cause serious illness, including paralysis.

“Enteroviruses are the most prevalent viruses in the world,” according to the European Centre for Disease Prevention and Control, which means it’s likely that some children receiving vaccinations are probably infected with an enterovirus at the time of the injection, perhaps displaying no symptoms or only mild fever or flu-like symptoms (and many physicians see no problem with vaccinating a child who is mildly ill).

Is it possible that provocation poliomyelitis could occur in children vaccinated while infected with a nonpolio enterovirus? It’s a question that the CDC should be considering.

Cunningham noted, “AFM may result from a direct virus attack on the spinal cord, or by an immune attack triggered by a virus, or by something else. If a polio-like virus is circulating in the U.S., the possibility of its provocation by one or more vaccines has to be considered.”

Signs and Symptoms of AFM

With cases of AFM on the rise, and a cause still unknown, it’s important to be on the lookout for potential signs and symptoms of AFM, particularly in children, which include:

If you notice any of these symptoms, seek medical care immediately as AFM can be life-threatening. According to the CDC:

“The most severe symptom of AFM is respiratory failure that can happen when the muscles involved with breathing become weak. This can require urgent ventilator support (breathing machine). In very rare cases, it is possible that the process in the body that triggers AFM may also trigger other serious neurologic complications that could lead to death.”

AFM shares symptoms with other neurologic diseases, including Guillain-Barre syndrome, making diagnosis difficult. Magnetic resonance imaging (MRI) may be necessary, along with lab tests on cerebrospinal fluid, in order to make a definitive diagnosis.

There is currently no specific treatment, according to the CDC, which states only that “a doctor who specializes in treating brain and spinal cord illnesses (neurologist) may recommend certain interventions on a case-by-case basis.”

They’re equally unhelpful when it comes to recommending tools for prevention: “Since we don’t know the cause of most of these AFM cases or what triggers this condition, there is no specific action to take to prevent AFM.”

Unfortunately, unless the CDC begins to explore all of the potential causes of AFM, including provocation poliomyelitis or even vaccine-derived polio virus (VDPV), which causes acute flaccid paralysis, we may continue to remain in the dark for some time.