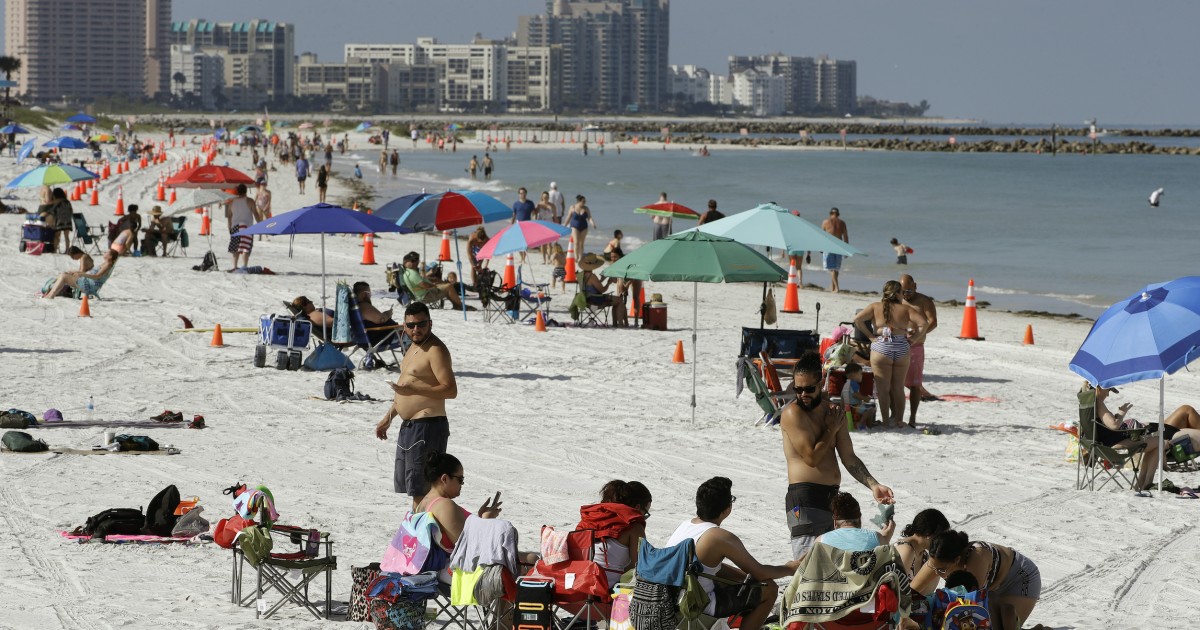 Every state will have partially lifted restrictions by Memorial Day, even though most have not seen the downward trend of new daily cases called for by the Trump administration.

Only 16 states have recorded a downward trend in new daily cases. White House guidelines for reopening suggest that states keep restrictions in place until they record a downward trajectory of cases in a 14-day period.

Prior to the release of White House reopening guidelines, former Food and Drug Administration Commissioner Scott Gottlieb said that states should see a steady two-week decline in new cases but said last week that it is not surprising to see cases increase in recently reopened states.

“Some of these increases [in new cases] are a function of more testing, but some rise in new cases, as states reopen, should also be expected,” Gottlieb said.

Georgia and other states that moved early to remove restrictions, however, have not yet seen an uptick in new cases.

Connecticut will be the last state to lift some restrictions on outdoor dining spaces, malls, and museums Wednesday. New York Gov. Andrew Cuomo announced Friday that state beaches will open in time for Memorial Day after governors in New Jersey, Connecticut, and Delaware announced they would open their beaches.

“If other states were opening and New York wasn’t, you would have millions of people from New York flooding those beaches,” Cuomo said. “That wouldn’t help anyone.”

Restaurants in some parts of Florida were permitted to reopen at 50% capacity Monday, and Texas Gov. Greg Abbott announced that child care centers, bars, and bowling alleys can open this week.

Public health experts maintain that implementing a widespread testing system is the best way to reopen safely, but only a small fraction of the U.S. population has received a test — about 4%, according to the COVID Tracking Project.

The United States has recorded over 1.5 million coronavirus cases and nearly 92,000 deaths, according to Johns Hopkins University data.

Ohio Gov. Mike DeWine will replace some coronavirus restrictions that were part of the “Safe at Home” order implemented May 1 with “strong recommendations” that will allow more businesses to reopen. DeWine is calling it the “Urgent Health Advisory: Ohioans Protecting Ohioans” order.

Social distancing measures, such as maintaining a 6-foot distance from another person, will stay in place as part of the new “Ohioans Protecting Ohioans” advisory. The advisory also recommends that the most vulnerable Ohioans, mainly senior citizens, stay at home as much as possible.

Dr. Elinore McCance-Katz, the assistant secretary for mental health and substance use in the Department of Health and Human Services, said in a cabinet meeting Tuesday that the negative effect the coronavirus pandemic has had on people’s mental health will outlast the pandemic itself.

“The data tell us that when the lives of adults, children, and families are drastically changed for extended lengths of time, for many, anxiety, depression, and stress disorders will become manifest and will persist. These are real health conditions with potentially long-lasting consequences that must be taken seriously,” she said.

The nonpartisan Congressional Budget Office projected Monday that social distancing will continue into the second half of 2020, but to a lesser extent, and keep diminishing through the third quarter of 2021. The CBO predicted that economic conditions will improve following their sudden drop from the coronavirus shutdown but projected that the recovery would take time and take the form of a swoosh rather than the V-shaped recovery that President Trump predicted.

The office projected that in the second quarter of 2020, GDP will contract by 11%, and the number of people employed will be almost 26 million lower than during the fourth quarter of 2019. Unemployment will have only dropped to 8.6% by the end of 2021.

Greenhouse gas emissions have dropped 17% since the beginning of the coronavirus pandemic, fueled by strict lockdowns and travel restrictions implemented worldwide. In a new study published in the journal Nature Climate Change, researchers reported that daily carbon dioxide emissions dropped by about 18.7 million tons during the height of lockdowns in April. Drastic declines in transportation and manufacturing could drive a global decrease of up to 7% in 2020. A sustained decline is less likely, though, as states begin to reopen and transportation and industrial activities resume, according to the Washington Post.

“This is not the way to tackle climate change — it’s not going to happen by forcing behavior changes on people. We need to tackle it by helping people move to more sustainable ways of living,” said Corinne Le Quere, a professor of climate change science at the University of East Anglia in the United Kingdom, and the study’s lead author.