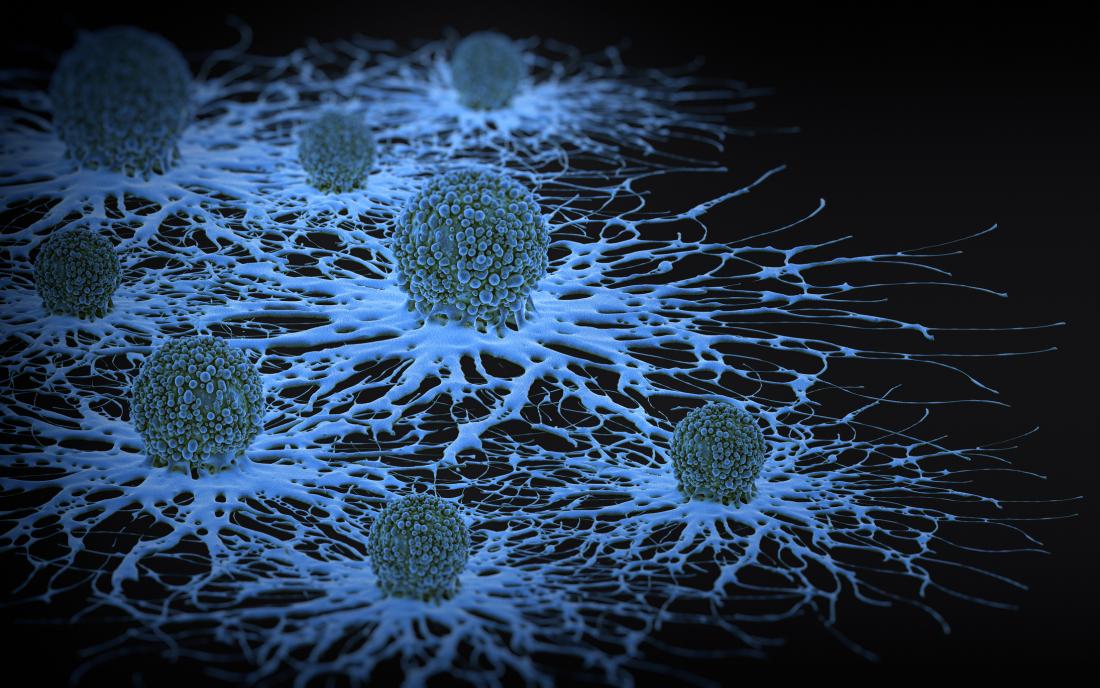 Cutting down cancer cells’ sugar supply could make them more vulnerable to treatment.

Oncolytic viruses specifically target and enter cancer cells and use the cells’ machinery for their own multiplication and spread.

They destroy tumors from the inside without harming nearby healthy tissue.

A recent study proposes that restricting the cancer cells’ supply of glucose, and altering their ability to metabolize it, may strengthen the power of oncolytic viruses.

The research team, at the University of Oxford in the United Kingdom, used mouse models and cells from ovarian, lung, and colon tumors in order to demonstrate the effect.

“Our research in the lab,” says lead study author Arthur Dyer, who is currently a Ph.D. student in the university’s oncology department, “showed that restricting the amount of sugar available to cancer cells makes these cancer-attacking oncolytic viruses work even better.”

All cells need glucose as a source of energy. Normal cells use tiny internal “powerhouses” called mitochondria to convert glucose into units of chemical energy.

However, to meet their higher demand for energy, cancer cells have a faster process for metabolizing glucose that does not involve mitochondria.

This is called the Warburg effect, after the scientist Otto Warburg, who observed it over 50 years ago.

Exploiting this uniqueness in cancer cells could open fruitful avenues for research into new treatments.

It may be possible, for instance, to develop drugs that target and disable glucose metabolism in cancer cells without stopping healthy cells from making energy. Trials of experimental drugs that aim to do this are already under way.

One of the advantages that oncolytic viruses have over drugs is that once they are inside the cell their dose increases with time, whereas with drugs it decreases.

When scientists store and grow cells in the laboratory, they give them lots of glucose. In the human body, however, the cell environment is much less rich in glucose. Also, due to poor circulation, tumors typically have even lower levels of glucose.

In their work with oncolytic viruses, Dyer and his team decided to alter the laboratory conditions to better match those of real life. They reduced the glucose levels.

They found that the oncolytic viruses were much more effective at attacking cancer cells when there was less glucose around. The viruses replicated faster under the new conditions.

They suggest that this finding could also improve laboratory testing of candidate drugs.

Plans are currently under way to test the “glucose-limiting” approach in clinical trials to find out whether it could be effective in human patients.

Reducing dietary sugar not the same

The scientists are keen to point out that reducing sugar in the diet would not lead to the anticancer effects that they showed in the study.

There is no proof that starving the body of sugar lowers a person’s risk of developing cancer or that it improves the chances of survival should they be diagnosed with the disease.

There is an indirect link between reduced dietary sugar and lower cancer risk that comes through tackling obesity.

High intakes of dietary sugar raise the risk of obesity, which, in turn, raises the risk of cancer.

“A lot of people,” says senior study author Leonard W. Seymour, a professor of gene therapies in the university’s oncology department, “think that carbohydrates are bad, but that’s not the case — we need them, and cutting out sugar won’t cure cancer.”

“Because cancer gobbles up glucose so quickly, the cells are very vulnerable to attack from a drug that targets the sugar pathway. The same effect cannot be achieved by eliminating sugar from your diet.”