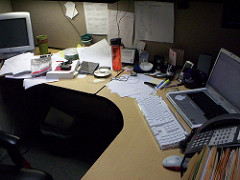 Acid reflux is the synonym often used to describe gastro esophageal reflux disease (GERD), a health condition that is characterized by excessive acid reflux that damages the esophagus. This health problem is known to affect people regardless of their age, but the most vulnerable groups are pregnant women, smokers and people who tend to eat right before bedtime.

The most common symptoms of this condition include heartburn; discomfort in the esophagus; chest pain; cough; hoarseness and problems with swallowing. These symptoms usually take place after a person has consumed a large meal or some alcohol, or after smoking a cigarette.

Acid reflux problems are known to be influenced by problems with the esophagus sphincter. In some cases it can be caused by excessive production of acid in the stomach. Lower amounts of acid produced can also cause GER symptoms because in such a situation the esophageal sphincter won’t open and allow food to get into the stomach, causing irritation to the esophagus itself.

Most people tend to believe that acid reflux problems are strongly influenced by alcohol, tea and coffee consumption. And while these substances can really aggravate the problem for people who already have GERD, they alone cannot influence the development of this condition in a healthy person. When comparing risk factors, smoking strongly increases the change of developing this disease when compared to tea, coffee and alcohol. Still, if you already have signs of GERD you should be very cautious when choosing foods and beverages to take. Physicians recommend avoiding alcohol intake and reducing the amounts of tea and coffee that you drink in order to prevent further development of the problem.

Different studies have confirmed that smoking is the major factor causing the development of GERD. Smokers who have more than 20 years of smoking experience have a 70% higher risk of suffering from acid reflux problems as compared to their non-smoking peers. And those who already have acid reflux issues are more likely to use drugs like Nexium after they start smoking.

But smoking is not the only factor that raises the risk of experiencing GERD symptoms. Large amounts of salt consumed on a regular basis where found to be as much of a risk for GERD as smoking. During clinical trials researchers observed that those who consumed large amounts of salt over a long period of time had a 70% higher risk of suffering from acid reflux disease.

A person suffering from GERD can diagnose the disease on their own, because the symptoms are easily observed. If you start experiencing the symptoms of acid reflux disease on a regular basis, it is best to visit your doctor and go through a series of tests to confirm the diagnosis. It’s not recommended to start taking drugs such as Nexium for treating GERD before you consult with your doctor and get a prescription. Certain lifestyle changes may also be required to get rid of acid reflux problems, and it is especially important for long time smokers.

As the say, the best way to treat the disease is to prevent it, and GERD is not an exception. By eating less salty food and avoiding nicotine consumption you will lower your chances of experiencing acid reflux problems in the future.

Read More:  Use Hydrocodone wisely for your pain management

If you are interested in the point of view expressed by John Scott, visit http://www.i-medpills.com/articles/symptoms-of-gerd.html for more of his professional writing on a whole array of topics that relate people all around the world.