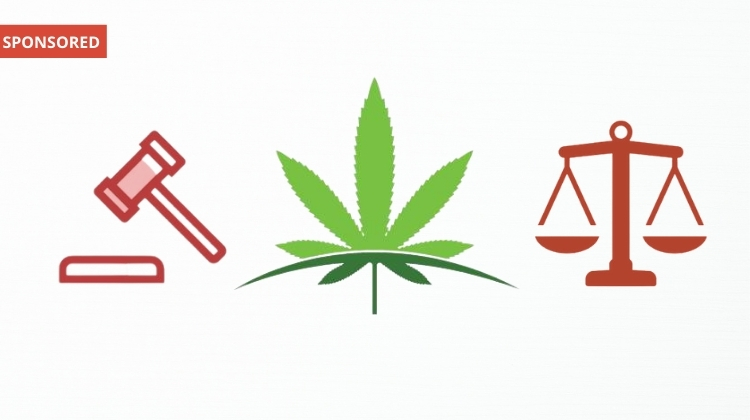 You may hear CBD[1] is described as “cannabis oil but without THC,” and that is close but not entirely accurate. The remarkable mainstream recognition of CBD (cannabidiol) has surprised many people.  CBD is a cannabinoid compound that occurs naturally in marijuana. CBD is currently available in a wide variety of healthy foods and wellness on main streets.

There is no doubt that CBD, an increasing number of popular cannabis derivatives, will stay popular for longer. It is recognizable by the mainstream and is getting bigger and bigger. It has been shown to exist in many regular products, from fast food to skincare, and is currently legal in 48 states.

According to the latest estimates of Brightfield Group[2], the CDB market is expected to reach $ 24 billion by 2023. With many online customers among the 40 percent of adult Americans interested in using CBD, there has never been a better time to participate in this market that is on the rise.

With the 2014 Farm Bill, growing hemp and selling CBD became legal federally for the first time in 75 years. While this opened the door to widespread acceptance, CBD is still considered a complementary product that is produced by specialized farms licensed under the State Hemp Research Pilot Program.

However, experts warn that evidence for most benefits is lacking. The industry has not set standards. As with different CBD products, the internet implies that everyone can buy CBD products but beware of what it claims as its legality may not be legal in your state.

CBD Goes Mainstream: What Does The Science Say?

As CBD goes mainstream, the short answer is that there is consumer information that is good and bad regarding science, however, testing CBD cannabidiol is still an experimental endeavor today. It’s always best to talk to your doctor or clinical expert before taking any health supplement or drug especially if you are taking medication or have a serious medical condition. The good news is that studies show that CBD is commonly safe and has the potential role in alleviating various medical conditions..

Currently, there are Food and Drug Administration-approved cannabis-based medications that your doctor can prescribe for you, for specific conditions, and that you can purchase from a pharmacy like any other prescription drug.

A 2017 study[3] proved that CBD (cannabidiol) reduces joint swelling and pain due to arthritis; and has some positive neurological effects in terms of Alzheimer’s disease, in rats. Doctors and researchers, along with Harvard Medical School[4], said that studies being conducted on humans have proved to be the most promising for the treatment of seizures and epilepsy.

These include Epidiolex, a drug that was approved by the FDA in 2018[5] to treat two rare but devastating forms of epilepsy that usually affect children, Dravet Syndrome and Lennox-Gastaut Syndrome. Epidiolex is made from cannabidiol extracted from marijuana plants as the active ingredient. However, most of the studies continue to be small-scale, and many of the positive indicators come from animal research or, at best, small clinical trials, far from conclusive evidence.

How and Where CBD Is Accepted Sold?

The type of CBD product purchased is a completely important factor to consider. CBD-infused topicals including CBD lotions are purchased in a wide variety of stores, including boutiques, online stores, and even grocery stores. A variety of CBD products, including CBD oils and consumables are only sold in certain outlets due to unclear legal regulations. In many cases, these stores that sell CBD oils, CBD flowers, and consumables are considered “adult-only” stores, including pharmacies, vape stores, and head shops.

Look for products that show the amount of CBD in each dose, not just the entire product. Doses in mg per milliliter (ml) depend on the form of the product, and experts recommend starting with significantly lower dosages. Avoid CBD products that make all-out claims about health benefits because they are often misleading and illegal.

If you vape, understand that this type of oil can contain a solvent known as propylene glycol. When burned at high temperatures, it can degrade into formaldehyde, which can affect the nose and eyes and increase the risk of asthma and cancer. So, keep in mind that CBD vape pens advertise “solvent-free oils.”

To date, some states require you to try CBD products sold online or in retail stores. The best way to find out if a product has what health claims is is to ask for its COA or Certificate of Analysis[6]. That report indicates how a product has performed in tests, usually commissioned by the manufacturer, checking CBD and THC levels, and whether it contains contaminants such as heavy metals or pesticides. If an online manufacturer or retail store does not have the data or refuses to share it, look for other CBD products.

Factors Continue to Hinder CBD’s Entrance into the Mainstream

There are still quite a few misconceptions regarding CBD’s legal reputation in the United States. The cannabis hemp plant comes in various strains cannabis.  For decades, the US Drug Enforcement Administration (DEA) has treated all of them equally, classifying cannabis as a Class I substance, and therefore their manufacture or possession as illegal. However, the Agriculture Improvement Act 2018[7] (aka the Farm Bill) modified everything that legalized the Farm Bill “hemp,” which the regulation described as cannabis containing no more than 0.3% THC, nationwide.

Most CBD products are now federally legal thanks to the agriculture bill that President Donald Trump signed. However, companies are not supposed to add CBD to food, beverages, and nutritional supplements, but many are doing it anyway. The Food and Drug Administration has to continue implementing this ban but also review how to create a path for such products to legally enter the CBD market.

Some users who have tried  CBD swear by saying that it relieves their anxiety, allows them to sleep and relieves their pain, and forget the stereotypes of stoners when they consider using CBD. However, much of the modern understanding of CBD is anecdotal and has not been established through medical research. CBD products are not yet regulated, so quality can vary significantly.

Lacking a Clearly Defined Role within the Pharmaceutical

Pharmacists are getting more and more questions from patients and other healthcare workers about cannabis and CBD products. Unfortunately, pharmacists get little to no guidance on CBD[8] and cannabinoids throughout their educational training, and they continue to be one of the first experts to consult. There remains a wide variety of cases and conditions in which visiting a general practitioner is both unnecessary, too stressful, and time-consuming to patients, and a visit to the pharmacy offers the best solution.

According to the latest survey[9] of California pharmacists conducted through Szyliowicz and Hilsenrath, 57% of survey respondents believe that they have “most” or “partial” information about medical marijuana, and 92% found that more education about medical marijuana is needed. Pharmacists must adhere to their state legal guidelines on cannabinoids and pharmacy practice as a guide to the legal status of cannabinoids in their practice environment.

Unless they are already aware that their patients are using an FDA-accepted cannabinoid product or are getting topical CBD oils bought over the counter from a pharmacy, pharmacists should take steps to obtain a complete record of medications from patients, including the use of cannabinoids.

It seems unlikely that the internet alone can provide a standardized, useful resource to educate anyone interested in medical marijuana. People will continually need personalized recommendations on dosage, strains, side effects, and symptoms. The only way it seems to create a strong foundation for years to come is by ensuring that pharmacists have a strong, current, and fact-based understanding of CBD oil.

Perhaps one of the most important factors supporting CBD’s unstable status among pharmacists is the fact that it has grown rapidly into popular use, so the research required to confirm its use is relatively limited. Keep in mind that CBD has only become a topic of interest in the more traditional areas of medicine and science in the past few years – until then, and when its use remained illegal in the vast majority of the state, it seemed that there were little resources in dedicating large amounts time and effort in doing research on marijuana..

There aren’t many scientific studies on the safety and effectiveness of CBD. The study of cannabis has been difficult because it is technically illegal under federal law, which means researchers have to overcome certain hurdles to study it. We don’t know exactly how CBD interacts within the brain or body, but researchers understand that CBD tends to turn off abnormal signals in the brain, said Ken Mackie, a professor of psychological and brain sciences at Indiana University

The potential health benefits of CBD are huge and varied; many consumers praise its effectiveness as a treatment for chronic pain, depression, anxiety, inflammatory conditions, insomnia, heart disease, and epilepsy. We understand that it is safe and effective in treating seizures in children with Lennox-Gastaut syndrome or Dravet syndrome. GW Pharma has studied its CBD-derived drug, Epidiolex[10], in numerous scientific trials.  After reviewing the company’s science, the Food and Drug Administration accredited Epidiolex. We do not acknowledge anything about indications such as sleep, anxiety, or pain

However, the lack of clinical evidence does not prevent the consumer from trying it and praising it. Only by investing significant resources, time, brains, and money to validate CBD’s claims and ensuring that knowledge reaches those who need it.

Since the early 19th century, cannabis as a medicinal plant has experienced relentless backlash despite its potentially curative properties. As CBD goes mainstream, the biggest challenge facing everyone in the hemp industry is the negative perception of CBD in society. In general, people consider these hemp products to be similar to marijuana, which remains illegal in many states. The theory that because hemp and marijuana each belong to the same cannabis family, CBD products cause similar effects as the THC in marijuana.

Many of them face the challenge that their CBD products cannot be marketed due to the US federal government’s ban on marijuana as a drug. Federal legal guidelines prevent research into the effectiveness of CBD cannabidiol oil, but researchers from other countries have proven that it is safe and has pharmaceutical benefits.

Even so, the popularity and legalization of cannabis are gaining momentum across the country, and as every day goes by, more states are signing regulations on the use of cannabis hemp as a medicine. In fact, the compound has been commonly extracted from recreational marijuana since it was not psychoactive or causes a feeling of high.

Recently, public relations firms in the United States have played an important role and are constantly trying to change the perception of the issues around marijuana. They perform this function based on their perception that the cannabis industry is revolutionary and considered to be one of the many approaches to improving the lives of people.

Many of the CBD for the fact that its legal credibility is still disputed. Without federal support, outside of the antiepileptic drug Epidiolex, studies on its benefits are still limited. The current legal status of CBD continues to evolve, especially with regard to its regulations. Indeed, the need to reclassify cannabis at the federal level is essential in making the legality of CBD clear once and for all. For now, you can freely use CBD products as long as they come from industrial hemp and contain less than 0.3% of THC.

Outside of the United States, the legal status of cannabidiol is more confusing as legal guidelines for cannabis may vary for each country, so we recommend that you contact your country’s justice department for accurate information.

However, the future of CBD is bright, and given the problems with implementing the 2018 Farm Bill have been resolved, we can expect bigger and better things to come.