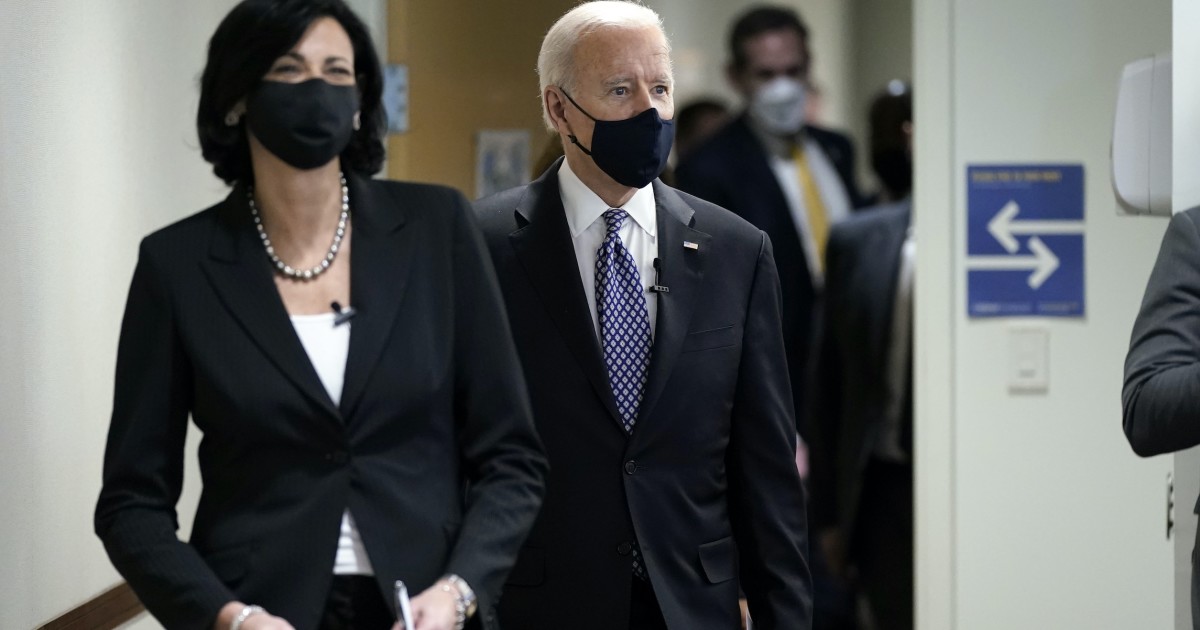 Centers for Disease Control and Prevention Director Rochelle Walensky cited a sense of “impending doom” Monday as rates of new cases and hospitalizations due to the coronavirus climb again.

“I’m going to pause here. I’m going to lose the script, and I’m going to reflect on the recurring feeling I have of impending doom,” Walensky said Monday. “We have so much to look forward to, so much promise and potential of where we are and so much reason for hope, but right now, I’m scared.”

Still, new cases and hospitalizations are nowhere near as high as they were late last year.

To date, more than 30.2 million infections and 549,000 deaths due to COVID-19 have been confirmed in the United States. Deaths, which lag behind infections by a few weeks, have remained relatively low at an average of slightly more than 1,000 fatalities due to COVID-19 confirmed daily last week. The U.S. is expected to reach 550,000 coronavirus-related deaths by the end of the week.

Meanwhile, 143 million doses of vaccine have been administered at a rate of more than 2.7 million shots per day. At that pace, it will take about four months until the majority of the U.S. population is vaccinated, according to an analysis from Bloomberg.

Last week, President Joe Biden announced his goal to administer 200 million doses within his first 100 days, doubling the initial target number of shots after his administration met its initial goal 42 days ahead of schedule. Public health experts have posited since Biden set the standard in January that the goal was not ambitious enough.

“I know it’s ambitious, twice our original goal, but no other country in the world has come close … to what we’re doing,” Biden told reporters during his first press briefing as president last week.

CLICK HERE TO READ MORE FROM THE WASHINGTON EXAMINER

Vaccine production and distribution levels continue to rise. More than 28% of U.S. adults have received at least one dose of a vaccine so far, and more than 15% have been fully vaccinated.