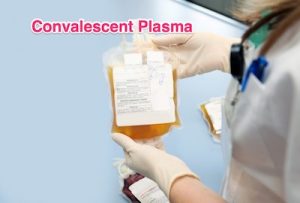 You’d need a pretty big, stiff broom to sweep away all of the hype dished out by the Trump Administration as it announced an Emergency Use Authorization for convalescent plasma – the liquid component of blood that may be tapped for disease-fighting antibodies from people who’ve been infected with COVID-19.

Before the announcement was even made, President Trump’s press secretary called it “a major therapeutic breakthrough.”

Trump called this “a truly historic announcement” and said that the treatment had reduced mortality by 35% – a “tremendous number” in his words.

Alex Azar, secretary of the Department of Health and Human Services also touted the 35% mortality reduction, calling it “a major advance.” 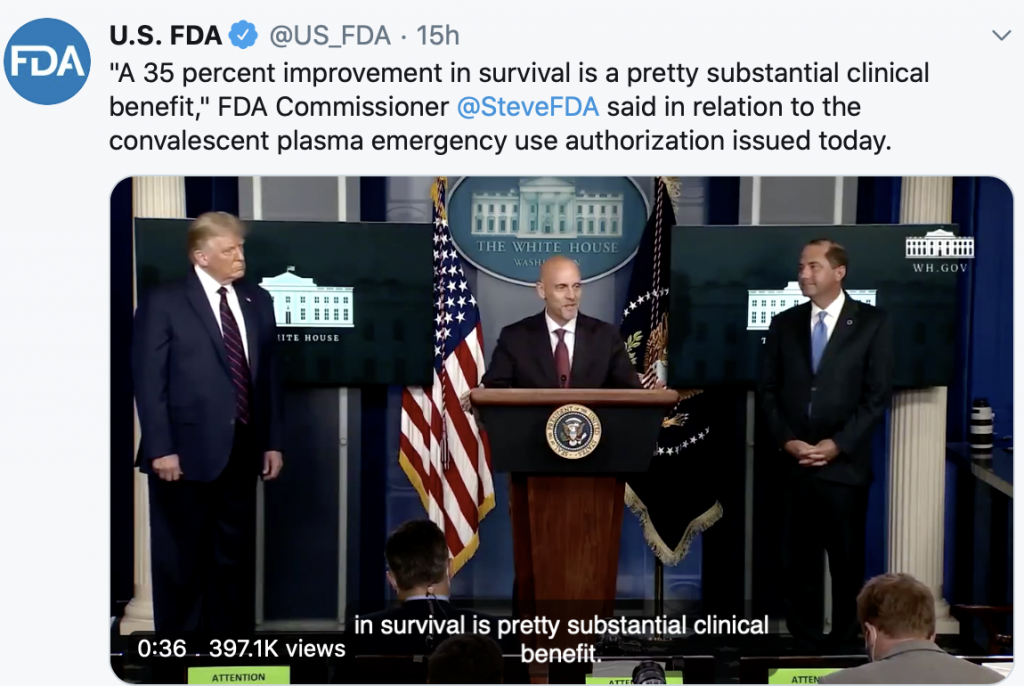 One of my former co-workers on HealthNewsReview.org wrote on Twitter:

Dear @SteveFDA, please take a moment to review the @HealthNewsRevu primer on absolute vs. relative risk reduction. Clearly you could use a refresher course.

Because, as STAT reported:

The Mayo Clinic study, which enrolled more than 35,000 patients, showed that patients who received transfusions within three days of their Covid-19 diagnosis had a seven-day death rate of 8.7%, while patients who received plasma treatment after four or more days had a mortality rate of 11.9%.

A physician tweeted in response to Hahn and the FDA:

…your organisation has just trashed its reputation. These claims are wildly inaccurate, without any scientific basis, and globally embarrassing. Resignations should follow.

Read More:  Controversial Alzheimer’s drug a godsend for a trial participant, but price tag could put it out of reach

There were countless other angry Twitter responses, which you can read here if you wish.

(Trump) has seized upon the use of convalescent plasma, trying to sell a moderately promising therapy as a monumental breakthrough in treating the most seriously ill covid patients. He called it “a powerful therapy” with “an incredible rate of success.”

The Infectious Diseases Society of America said that while there are “some positive signals that convalescent plasma can be helpful in treating individuals with covid-19,” its benefits needed to be demonstrated in clinical trials that randomly assign patients to receive either plasma or a placebo before it is authorized for wider use.

In a newsletter, the Post included messages of concern from:

(The president’s trade advisor, Peter Navarro) had aggressively confronted FDA officials, saying, “You are all Deep State and you need to get on Trump Time.” (That’s the expression Navarro uses to describe the speed that he says Trump demands.)

The Trump administration’s decision to authorize the use of a blood-plasma treatment for Covid-19 with no clear evidence it works could frustrate efforts to better understand the therapy’s benefits.