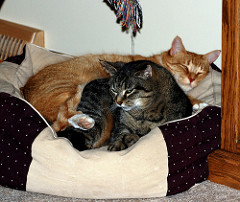 have been using Mac systems for a long time and have never faced such a problem with it before. I have a Macbook Pro which is installed with Mac OS X Snow leopard on it. I am facing Display problems after waking up from Sleep mode. Whenever the Macbook is brought out of sleep mode, the display of the Macbook is not proper. Some areas on the screen are corrupt. I cant figure out what is causing such problem and hence need your help in solving the issue.

Display problems after waking up from Sleep mode

The Macbook could be having some hardware problems due to which you are facing such problems. I would suggest you to take the Macbook to some authorised apple service center and get it checked. If the Macbook is under Apple care warranty then it will be serviced for free but if the Macbook is out of the warranty period then you will have to pay the service charge and if anyhardware is replaced then the cost of the hardware should also be paid.

Read More:  How To Pinpoint Your Sleep Disorder

Display problems after waking up from Sleep mode

Try doing a PRAM reset and see if it helps. If the system RAM of the computer are flooded with invalid entries then such problems arise. To the only way to solve such problem is to remove all the invalid entries. To remove all the invalid entries you will have to performPRAM reset. Locate the following keys (Apple, option, R and P). Press the following keys while booting the computer . Keep the buttons pressed till 3 startup chimes are heard. Once 3rd startup chime is heard, release the keys and let the system boot normally. Putthe computer to sleep mode and see if the problem still continues.