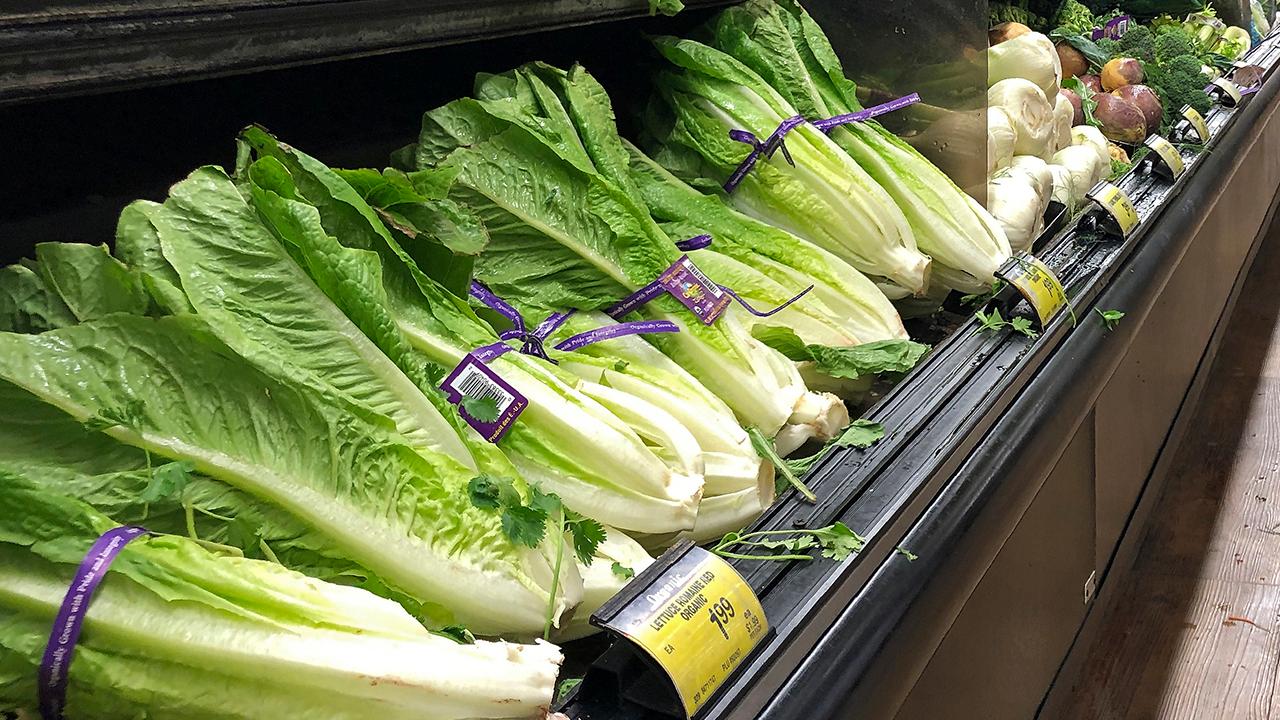 After 32 people across 11 states became sick in the latest outbreak, the Centers for Disease Control is urging consumers to throw out all romaine lettuce, including salad mixes containing the leafy green, and to sanitize all shelves and drawers where the lettuce may have been stored; Jonathan Hunt reports from Los Angeles.

The commissioner of the Food and Drug Administration (FDA) said Thursday that the multistate E. coli outbreak revealed earlier this week is thought to be connected to romaine lettuce grown in California.

FDA Commissioner Scott Gottlieb tweeted on Thanksgiving, saying his agency is still working to determine the E. coli source but have drawn a link to the west coast.

“#FDA continues to investigate source of e.coli outbreak traced to Romaine. We believe it’s related to lettuce harvested from California,” Gottlieb wrote. “We hope to have more information by Monday isolating the growing region. New crop will soon harvest from other regions.”

At least 32 people have gotten sick and 13 have been hospitalized as a result of an outbreak believed to be connected to romaine lettuce, according to the FDA who announced the matter on Tuesday.

So far, 11 states have seen cases, including California which reported 10, the agency said. The latest illness onset was on Oct. 31.

“People should not eat romaine lettuce until more is known about the source of the contaminated lettuce and the status of the outbreak,” the FDA recommended.

“A traceback investigation” is underway to find the source of the romaine lettuce consumed by individuals who became ill, according to the agency. They added that the information they currently have is too limited to make a targeted recall.

NC CHURCH BARBECUE CITED AS LINK TO OUTBREAK THAT SICKENED 300

“At this stage in the investigation, the most efficient way to ensure that contaminated romaine [lettuce] is off the market would be for [the] industry to voluntarily withdraw product from the market, and to withhold distribution of romaine until public health authorities can ensure the outbreak is over and/or until FDA can identify a specific source of contamination,” the FDA said.

On Wednesday, Gottlieb tweeted that the FDA appreciated the cooperation of “the California and Arizona Leafy Green Marketing Agreements on our advice to voluntarily withdraw potentially contaminated romaine from the market.”