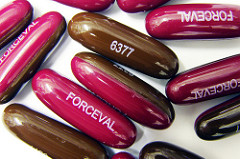 Edema and vitamins, is there any possible connection? Could a mineral deficiency also be the cause; and why is it considered a symptom and not a disease or a disorder?

If you suffer from it there is a very good chance that you do not view it as a symptom as it actually hurts and concerns you. To you it is a disorder. This condition can be a lot more serious than most people realize as it could have several underlying and potentially very dangerous causes. But it can also be a deficiency of both vitamins and well as some minerals.

Also known as dropsy or fluid retention, this condition is often overlooked by many people as simply standing, driving for too long, or eating too much salt or sodium. But your body should be able to maintain a normal balance of fluid if every thing is functioning properly.

Edema is a swelling that is caused by excessively large amounts of water that has been caught in the spaces between the body’s cells or in the circulatory system. Under normal circumstances the body is able to maintain a natural balance in the tissues and it adjusts the flows so that the same amount of water that enters your body also leaves the body.

This is done literally every second as the circularity system transfers fluid throughout your system through blood vessels. This fluid is made up of both oxygen and nutrients that are vital to these cells to keep them operating properly. Their normal function is to move fluid from the walls of the blood vessels and into tissues.

After the nutrients have been completely used up, the fluid than moves back into the blood vessels and return the pump, which is the heart. This system is often referred to as the lymphatic system as it carries a fluid that contains white blood cells that fights infection and is called lymph. Lymph is also as system of vessels that works in thin capillaries in almost every major organ in your body except the brain and the bones.

When this retention of fluid occurs, one of two things have happened; either too much fluid has been moved into the tissues, or not enough has been moved. As a result it causes swelling that can range from mild to severe and can affect one part or several parts of the body.

There are several underlying potential causes as well for this condition, but way to overlooked is the role that nutrients play in the process. If severe, it could also be caused by the vessels leaking fluid.

This leakage often occurs by damage to the capillaries because of the pressure of the fluid itself. When your body senses this damage, it sends a signal to your kidneys to retain more sodium and water than it normally would to offset the loss of the fluid in the blood vessels.

With leakage, the excess fluid puts even more pressure on the capillaries which cause them to leak and the result are swelling in places other than the limbs.

The most common symptom with Edema will be swelling that occurs in your feet, ankles, or the legs. If the swelling is severe enough it could painful and actually have a burning sensation. But it is not always just the legs that are affected.

In some cases where there may be leakage, it can also affect the face causing puffiness as well as abdominal bloating. This can lead to muscle aches and pains and if very severe, it may lead to difficulty in breathing.

What are the causes?

In the majority of cases Edema is caused by either sitting, driving, flying, or standing for too long without moving. Eating too much salt may also be the culprit.

However, in more severe cases in could move out of the symptom stage into an underlying stage that could be caused by a reaction to medication, an injury, allergies to certain foods, high or low blood pressure; or something more serious such as kidney, heart, liver, or a thyroid disease.

In mild cases salt restriction will be recommended, as well as walking more often, elevating your legs, or even placing pressure sleeves directly above the swollen limbs to try to get the body fluids back to a normal state.

In the more severe cases, medications will be used as well as diuretics such as loop diuretics or potassium-sparing diuretics. However, these treatments do reduce the fluid retention, but they also deplete several critical vitamins and minerals that may ultimately harm the bone mass in your body, but could also be the real cause of the condition.

If you go back to the originating factor in what causes Edema, it is the loss of nutrients in the body in the attempt to balance the water. Could it be possible that the reason the entire process malfunctions to start with is that you may have a vitamin or mineral deficiency?

Vitamins A and C help the body with maintaining the structural and functioning processes of the capillaries and in doing so helps keep the fluid balanced. Vitamin E has also been well established on its critical functions with the circulatory system. These vitamins become even more effective when combined with Bioflavonoids.

Bioflavonoids are natural plant substances that help to both stabilize as well as strengthen the cell walls and improving the blood flow which allows the lymph system to balance the fluids as well as maintaining the proper drainage. If the fluids drain properly, it reduces the chances of leakage occurring.

The minerals potassium, calcium, and magnesium also play a critical role in fluid retention as they work in conjunction with these vitamins and increase your body’s ability to move the fluid in and out of cells and than back in again; and this is the key to keeping the lymphatic system balanced.

Most all of us will experience Edema at some time in our lives. Understanding how your system works in this delicate water balancing process as well as some very simple and inexpensive nutrients can help the process; as the entire problem starts with the loss of these nutrients.

Several of these nutrients can be found daily in the food that we eat, but if you suffer from this condition that is referred to as a symptom and not a disease, are you getting enough of these nutrients. Supplements are very easy and very inexpensive, as well as a lot safer than other treatments.

I am an avid lover of pets and my wife and I have had several pets throughout our years. We are especially fond of dogs, and we have a 12 year old Dalmatian (our 3rd) and a “mutt” that we rescued when someone threw him away to die in a vacant field. He found us, nearly starved to death, and weighed about 2 pounds. After severe bouts of mange and severe dehydration, and over 1,000.00 in veterinarian bills, we saved the little guys life, and he is one of the best, if not the best, dogs we have ever had and today is a muscular, fit, and firm 70 pound best friend. After finishing my MBA, which at middle age was not easy, I decided to keep the research work ethics that I acquired, and devote about two hours each night in understanding the health benefits of supplementation for both humans and pets and how they might strengthen our, as well as our pets, immune system in a pre-emptive approach to health rather than a reactionary approach. Both of my daughters are avid cat lovers, and asked me to help them with health concerns and challenges with their cats. I am not a veterinarian nor claim to be, just a lover of pets that loves to research and pass on some knowledge that might be helpful, or at least stimulating to the thought process. Several of the articles that I have written can be found on my website: Liquid Vitamins & Minerals for Humans & Pets http://www.liquid-vitamins-minerals-humans-pets.com/