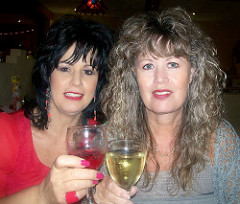 Fibromyalgia has only recently been used as a term to diagnose patients that suffer from a particular series of abnormalities revolving around chronic muscular irritation. This disorder has been found to be associated with a degenerating spine from neck to tailbone. Many sufferers experience severe back pain because muscle pain is one of the most common complaints of patients suffering with this disorder, which suggest there is a connection between fibromyalgia and back pain.

The treatment options for fibromyalgia and back pain range from holistic remedies to over the counter and prescription strength medications. Other forms of treatment include remedies applied to the area like electronic stimulation that can bring relief to sore muscles, ultrasound treatments and a combination of ice and hot packs. One of the most effective ways of reducing or even stopping your pain is an exercise regime consisting of low level exercise.

Pain is a description and not an entity, it is one of the ways our body tells us that something is wrong. Pain increases stress levels which in turn increases the level of cortisol released into the body. Prolonged levels of cortisol in the bloodstream has been shown to have negative effects.

This can include impaired cognitive performance, suppressed thyroid function, blood sugar imbalances such as hyperglycaemia, decreased bone density, decrease in muscle tissue, higher blood pressure, lowered immunity and inflammatory responses in the body, thus lowering the pain threshold. This pain can lead to sleep problems, which can also lead to more pain.

Fibromyalgia is by far the most complicated and misunderstood condition associated with chronic pain. The symptoms and resulting back pain vary in severity. It is cross-cultural, race, sex and age indiscriminate, however this chronic condition appears to primarily affect middle-aged women, although men and children can be diagnosed with the disorder as well. Fibromyalgia involves the muscles and soft tissue of the body, causing pain and discomfort in many areas at one time. Its sufferers have also been known to not get into the deepest phase of sleep, known as the delta stage, and therefore their muscles do not shut down and rest properly.

Most sufferers of this condition have found that a combination of treatments is more effective in alleviating their symptoms. Health experts are now approving the idea that small amounts of unprotected sun exposure can be health-friendly, especially for patients of fibromyalgia. Massage and whirlpool therapy can also be effective methods for relieving the discomfort. Medications for fibromyalgia and back pain can be found in herbal supplements, over the counter medications and prescriptions, and it can be a matter of trial and error until you find the best choices that bring the most relief. Glucosamine and MSM have both shown promise in the treatment of this condition, and there are numerous other vitamin and mineral supplements that you can try as well. Prescription medicine often entails an antidepressant that can be effective on the chronic pain as well as the psychological effects of fibromyalgia and back pain.

One of the best things you can do if you have fibromyalgia is exercise. Begin with stretching exercises and gentle movements such as pilates and yoga. The type of exercise you choose is up to you. It’s important that you start exercising and keep doing it. Exercise relieves much of the pain fibromyalgia causes. Some people even find that exercise makes all their pain go away. You will also feel better if you take some control over your own care and well-being.