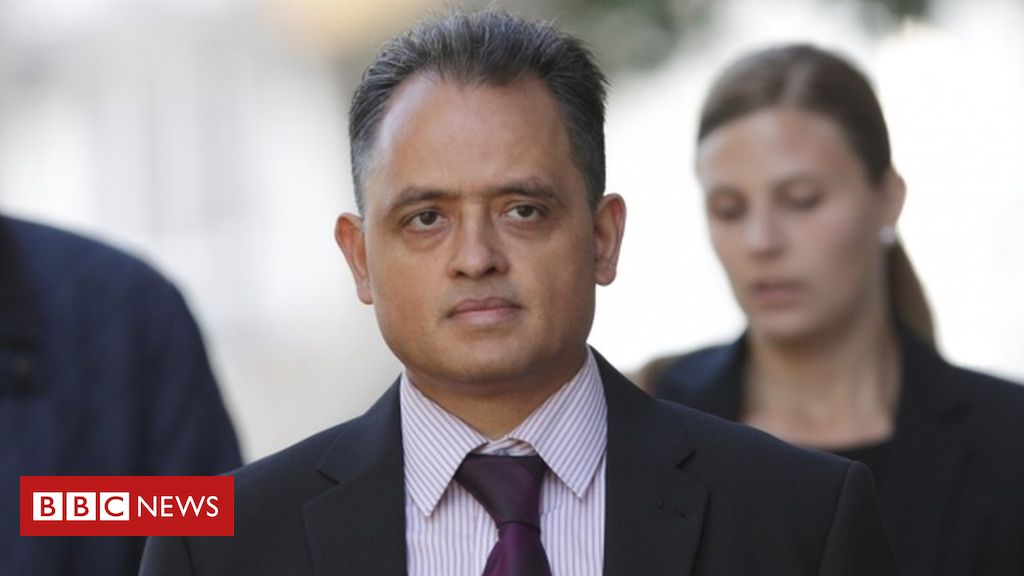 A GP has been given three life sentences for 90 sexual assaults on female patients.

Manish Shah assaulted 23 women and a 15-year-old girl while working in London – carrying out invasive examinations for his own gratification.

The Old Bailey heard he used Angelina Jolie and Jade Goody as examples to frighten patients about their health.

Judge Anne Molyneux described him as a “master of deception who abused his position of power”.

“You made up stories which got into heads and caused panic,” she said, as she sentenced Shah to a minimum of 15 years in prison.

Shah, from Romford, convinced his victims to have unnecessary checks between May 2009 and June 2013.

“Your behaviour was not only sexual but was driven by your desire to control and on occasions humiliate women,” the judge said.

The youngest victim told the court she was left “anxious, fearful and shaking” at the prospect of visiting the doctor after being abused by Shah.

She said she felt differently about men and worried about being seen as a “sex object”.

The 50-year-old doctor who claimed the assaults were “defensive medicine” was found guilty of 25 sexual offences against six victims at Mawney Medical Centre last autumn.

The court heard how Shah picked up on patients’ vulnerability, because of their age or family history of cancer.

He brought up a news story about Hollywood star Jolie having a preventative mastectomy as he asked a woman if she would like him to examine her breasts.

He also mentioned Goody to another woman, saying an examination was in her best interests.

Jurors heard that Shah would not always wear gloves and left one patient entirely naked on an examination table.

In mitigation, Zoe Johnson QC said: “It goes without saying that all of these women feel grossly abused, humiliated, and that the trust that they placed in Manish Shah has been so dreadfully exploited.

“He deeply regrets hurting them and cannot say sorry enough.”

Outside court, Det Supt Tara McGovern said Shah “placed himself in a busy surgery as a GP and accessed vulnerable women and preyed on their vulnerabilities so that so he could carry out unnecessary clinical examinations for his own sexual gratification.”

“He has caused significant harm to these women and has betrayed the trust they placed in him as their doctor.

“It’s been a long process – we’ve spoken to 130 women, we’ve taken dozens of statements and so we thank the victims for their patience.”