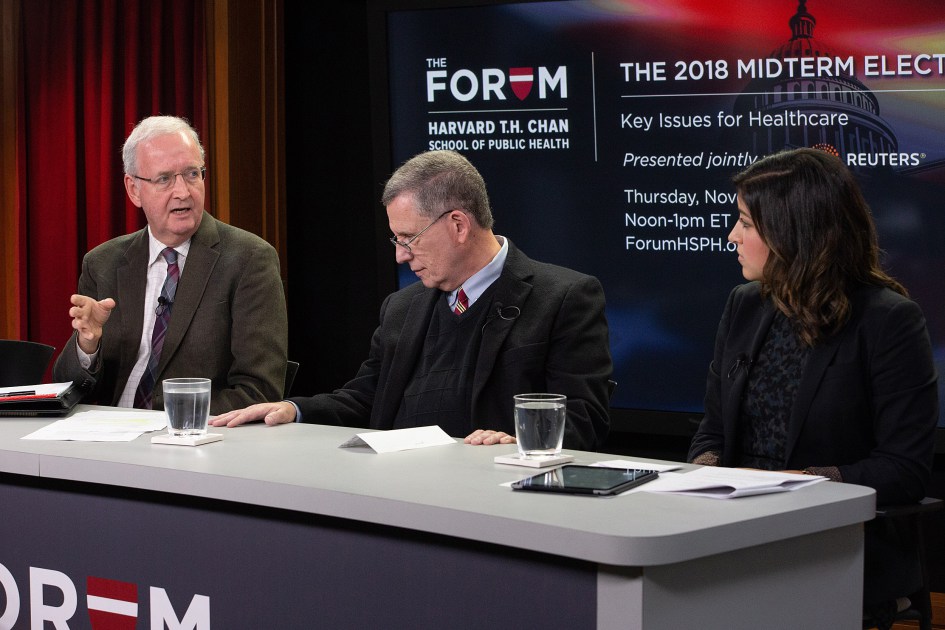 Though all eyes are on Congress as Election Day looms, U.S. health care may look more like a local issue when the polls close on Tuesday, experts say. That’s because new leaders in states that skipped Obamacare’s Medicaid expansion could extend health insurance to millions of Americans.

John McDonough, a professor of the practice of public health at the Harvard T.H. Chan School of Public Health, noted that Virginia has already decided to expand the program starting Jan. 1.

McDonough listed Maine, Utah, Idaho, and Nebraska as other states where post-Election Day expansion is likely, with Kansas, Wisconsin, South Dakota, Georgia, and Florida dependent on the outcome of races for governor.

Medicaid provides health insurance to the poor in all 50 states. The Affordable Care Act sought to expand benefits to those still struggling financially but not poor enough to qualify for the program under its original guidelines. After the Supreme Court ruled that the federal government could not compel states to participate in the program, many decided against expansion, leaving millions uninsured.

Louisiana was the 31st state to expand Medicaid under the ACA, in 2016. Following Tuesday’s vote, “We might start to see, after a long dry period, a deliberate rush,” McDonough said.

McDonough spoke during a webcast of The Forum at Harvard T.H. Chan School of Public Health. He was joined at the event, billed “The 2018 Midterm Elections: Key Issues for Healthcare,” by Professor of Health Policy and Political Analysis Robert Blendon; former director of Medicare and Medicaid Gail Wilensky; and Avik Roy, president of the Foundation for Research on Equal Opportunity.

Read More:  Thousands of women 'dying from heart attacks needlessly because they get worse care than men'

Panelists didn’t ignore Washington, D.C. Blendon, discussing an analysis of polling recently published in the New England Journal of Medicine, said it is clear that the House and Senate elections are a referendum on President Trump. And when it comes to health care, he said, party matters. Republican voters don’t list health care among their top issues, while Democrats do.

That’s important, Blendon said, because the days when Congress acted on legislation according to the wishes of the wider electorate are gone. Today, he said, the party in power tends to push through changes desired by its partisans.

Agreement does exist on several key issues, Blendon said, noting the likelihood of action on the opioid crisis, health and science research, and drug prices.

If Tuesday’s result is a Democrat House and a Republican Senate, dramatic change to federal health care policy is unlikely, McDonough said. But new negotiating power for House Democrats could help to stabilize the ACA, he said.

Wilensky, who headed Medicaid and Medicare under President George H.W. Bush, pointed out that the 2020 presidential race will be underway Wednesday morning. As Democrats jockey for position in the coming primary races, debate will include the single-payer proposal “Medicare for all.”

Roy said that if Democrats cater to their liberal base by pushing single-payer, a door will open for Trump and fellow Republicans to run a more “pragmatic” campaign on health care.

Panelists also discussed recent efforts by states to add work requirements to Medicaid. Wilensky said that the measures are likely to prove popular, including with the working poor already receiving benefits.

McDonough voiced concern that the requirements will mean more people will lose their insurance, but described the policies as an “experiment” whose results will soon be apparent.