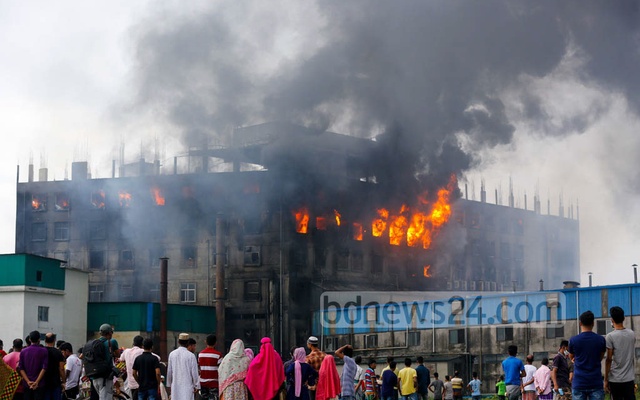 The building did not have any fire extinguisher or an emergency exit route, according to officials.

However, a building of this size needed to have at least four to five staircases, according to him.

The factory of Hashem Foods Ltd, a unit of Sajeeb Group, contained a variety of papers, plastics and chemicals. But firefighters could not find any fire extinguishing equipment inside.

To make matters worse, the landing of one of the stairways had been engulfed by the fire, leaving many workers stranded inside the burning building.

Rescuers retrieved 49 charred bodies from the debris of the burning factory on Friday, bringing the death toll to 52.

The factory caught fire at 5:30 pm on Thursday. As of 3 pm Friday, firefighters were still struggling to tame the flames.

Read More:  This Pushup Challenge Will Pump Up Your Chest and Arms