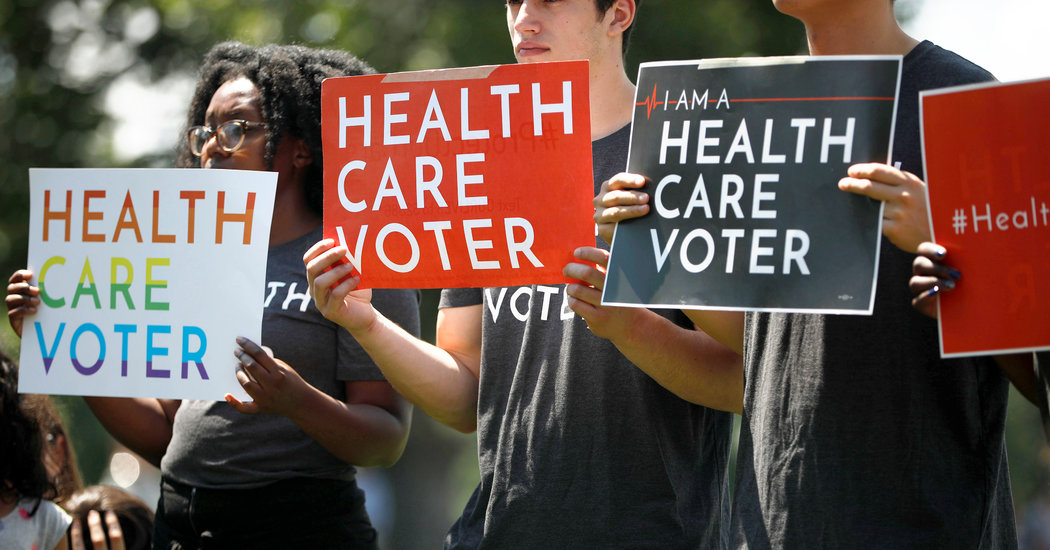 Could a federal judge in Texas be the catalyst that finally brings down the Affordable Care Act, a law that has withstood countless assaults from Republicans in Congress and two Supreme Court challenges?

On the morning after Judge Reed O’Connor’s startling ruling that struck down the landmark health law, legal scholars were doubtful.

Lawyers on both sides of previous A.C.A. battles said the reasoning behind this one was badly flawed, notably in its insistence that the entire 2010 law must fall because one of its provisions may have been rendered invalid by the 2017 tax overhaul legislation. Had Congress meant to take such radical action, they said, it would have said so at the time.

Legal experts also noted that the Supreme Court, where most people believe the case is headed, historically has been reluctant to strike down federal laws, particularly those that have become ingrained in the lives of millions of citizens.

For now, the ruling is unlikely to affect the more than 23 million people who get health coverage through the insurance marketplaces set up by the law and the expansion of Medicaid in 36 states. The Trump administration immediately said — despite the president’s gleeful tweets hailing the decision — that it would continue to enforce the law until the appeals process plays out, which could take more than a year. That will ensure that the American health care system, which has been operating under the law for more than five years, will not be thrown into immediate chaos.

Judge O’Connor, who was appointed by George W. Bush to the Federal District Court in Fort Worth, has ruled against laws supporting immigration, transgender and Native American rights. Conservative lawyers are known to choose his district to file cases, hoping he will fire opening salvos that propel their issues through the court system.

The crux of Judge O’Connor’s decision centered on the health law’s requirement that most people have health coverage or pay a tax penalty.

That tax penalty was effectively eliminated when Congress reduced its amount to zero in the tax legislation enacted last year. And once the tax penalty no longer stood, the so-called “individual mandate” was unconstitutional and the entire law had to fall, the judge reasoned in accepting the argument of the 20 states that brought the lawsuit challenging the legislation.

But an array of legal experts said that argument was unsound. Jonathan H. Adler, a conservative law professor at Case Western Reserve University in Cleveland, called that position “simply nonsensical” and said the judge’s conclusion was “hard to justify” and “surprisingly weak.”

He and others pointed to the fact that even though Congress erased the tax penalty, it did not touch the rest of the sprawling health act. A longstanding legal doctrine called “severability” holds that when a court excises one provision of a statute, it should leave the rest of the law in place unless Congress explicitly stated that the statute could not survive without that provision.

Judge O’ Connor also cited congressional intent, focusing on language from the 2010 law, which underscored the significance of the individual mandate to the entire act. But he largely ignored the 2017 congressional action. In essence, legal scholars said, he looked to one congressional view and not the more recent one.

And in so doing, he opened the door for House Democrats to intervene in successive appeals. On Saturday aides to Representative Nancy Pelosi, who is expected to become the next speaker of the House, said she would move quickly to notify the Trump administration that House Democrats intended to step in to defend the law in the case.

As the legal showdown plays out, efforts to protect the A.C.A. are also underway in the courts. Earlier this year the state attorney general of Maryland sued the Trump administration for attempting to gut the act. The case is pending.

Nicholas Bagley, a health law expert at the University of Michigan, suggested that Judge O’Connor may not yet be done with the case. In a series of tweets on Saturday, Mr. Bagley noted that the judge had not yet addressed a handful of central issues in the suit, nor had he issued a final ruling indicating whether the act should fall immediately. Judge O’Connor could indeed hold onto the case before an appellate court takes it up.

Read More:  What is Royal Jelly and what it can do for your health

One law professor, Ilya Somin of George Mason University, criticized parts of the opinion, but said he was “a bit less confident about the outcome” because “the history of A.C.A.-related litigation is filled with surprises and failed predictions by experts.”

Among the observations flying about was the notion that the Supreme Court only rarely strikes down federal laws, and it is particularly reluctant to do so when the laws have been in place for years and affect millions of people. In fact, Chief Justice John G. Roberts Jr. wrote in his 2012 opinion upholding the health care law, that the court should err on the side of sustaining federal laws.

“As between two possible interpretations of a statute, by one of which it would be unconstitutional and by the other valid,” he wrote, quoting Justice Oliver Wendell Holmes Jr., “our plain duty is to adopt that which will save the act.”

The five justices who voted to uphold the law in a landmark 2012 case, including Justice Roberts, are all still on the court.