You probably do your best to avoid or minimize salty junk food like French fries and potato chips. And maybe you’re cautious about adding table salt to your foods and try to limit your salt use when cooking. But in our world where restaurant meals and packaged foods are often very high in sodium, it can be difficult to reduce our intake as much as we’d like. It is worth the effort to cut back on table salt—at least the refined easy pour brands—though. New research reminds us just how worthwhile it is, as it shows that too much salt consumption of the wrong kind might make you more susceptible to a condition that affects heart rhythms. 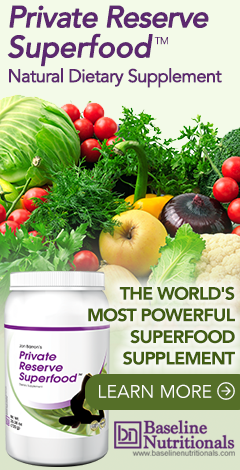 The study, which took place at the University of Oulu in Finland, found that diets with high levels of sodium are associated with an increased risk of atrial fibrillation, or AFib (AKA AF), which is characterized by an irregular heartbeat. These results are based on an investigation that included 716 men and women residing in Finland. Ranging in age from 40 to 59 at the start of the trial, the subjects were tracked for 19 years, on average.

Over the course of the follow-up period, 74 of the participants developed atrial fibrillation. The researchers compared the medical records of the volunteers with their reported dietary habits, gleaned from food diaries kept for a total of just seven days at the beginning of the study—although sodium consumption was calculated from follow-up diaries. Regardless, the subjects who consumed the greatest amount of salt were much more likely to have a diagnosis of atrial fibrillation compared to those who consumed the least salt. This association held up even after the investigators controlled for potentially influential factors such as age, blood pressure rate, body mass index, and smoking.

The study was not designed to prove cause and effect, but it did establish a possible connection between diets high in salt and elevated risk of atrial fibrillation. And while atrial fibrillation may be relatively common—estimated to affect 2.7 million people in the United States, according to the American Heart Association—it is not something to be taken lightly. AFib is a disorder that produces irregular heartbeats and can contribute to serious problems like blood clots as well as raising the risk of stroke and heart failure.

To be sure, the present study has limitations. As the study itself points out, the number of AFib events was fairly small. The self-reported food diaries may not be reliable and accurate. It has been reported that both caloric and sodium intake might be underreported in food diaries—not to mention that subjects in such studies are prone to change their eating behavior in a healthier direction during the follow-up period.

In any case, it would certainly be in your best interest to cut down your risk of developing atrial fibrillation (as well as a range of other health problems linked to salt consumption, including hypertension and cardiovascular disease). But we have to remember that salt is an essential nutrient required in our diet, so it is a matter of separating out the necessary salt from the bad.

Unrefined salt, or sea salt, is made up of 97.5 percent sodium chloride and the remaining 2.5 percent consists of more than 50 other trace minerals. In contrast, refined salt contains the same 97.5 percent sodium chloride, but chemical additives have replaced the trace minerals. Unrefined salt helps balance and replenish the body’s electrolytes and contains natural iodine that protects against pollutants including radiation. Refined table salt upsets your fluid balance, contains added iodine that can contribute to hypothyroidism, and contains chemicals designed to keep the salt from caking but that inside the body prevent the salt from performing the important function of regulating hydration. For a much more in-depth look at the differences between refined and unrefined salt, read Jon Barron’s article “A Pillar of Salt.”

To lower your intake of refined salt, you may need to switch out the salt you use at home for one labeled sea salt. Another important step is to start reading food labels carefully. You may be surprised at the amount of sodium added to many foods you might not suspect, such as breakfast cereals, canned vegetables, and bread. A few servings a day of foods high in hidden sodium can become problematic over time.

To add flavor to your cooking, replace any salt you might use with healthier herbs and spices. Cilantro, oregano, and turmeric all offer delicious taste without the negatives of table salt, and they even have a few health benefits of their own. And most important of all, don’t forget to include sufficient magnesium in your diet as magnesium regulates your intracellular potassium, sodium, and calcium levels and is important to consider for high-blood pressure patients as it dissipates excess sodium in your body, largely nullifying the negative effects associated with dietary sodium.