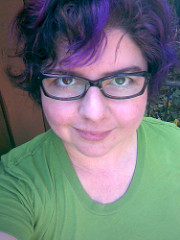 HIS just released their newest product and fully supported by the fastest GPU this time, HIS HD 4890 1GB (256bit) GDDR5. This product has the most fantastic game perform, that never seen on previous product of GPU and HIS video card single.

HIS HD 4890 1GB (256bit) GDDR5 have core clock 850 MHz, that will produce the highest frame rate in high-definition game. To supply data to GPU, it has subsystem memory. Completed with 1GB GDDR5 capacity work on 3.9 Gbps speed. You’ll be stunned by high resolution present by this product, which was only possible presented by dual video card system.

With 800 stream processor, HIS 4890 has higher power more than needed ti run newest 3D games. Gamer will get more benefit from using DirectX 10.1 engine, where it will display incredible picture quality and fast performance that you’ll only get from HIS 4890 serial.

Those excess will be added with overclocking ability, utility system for monitoring and control panel, that will tuning with real time and increase the perform using ATi OverDrive utility.

DirectX 10.0
Supported by DirectX 10.1 API (Application Program Interface) from Microsoft will present ready performance for the next generation games. directX 10.1 show you the most clear image with very detail, visual effect and game dynamic which able to simulated the real world.