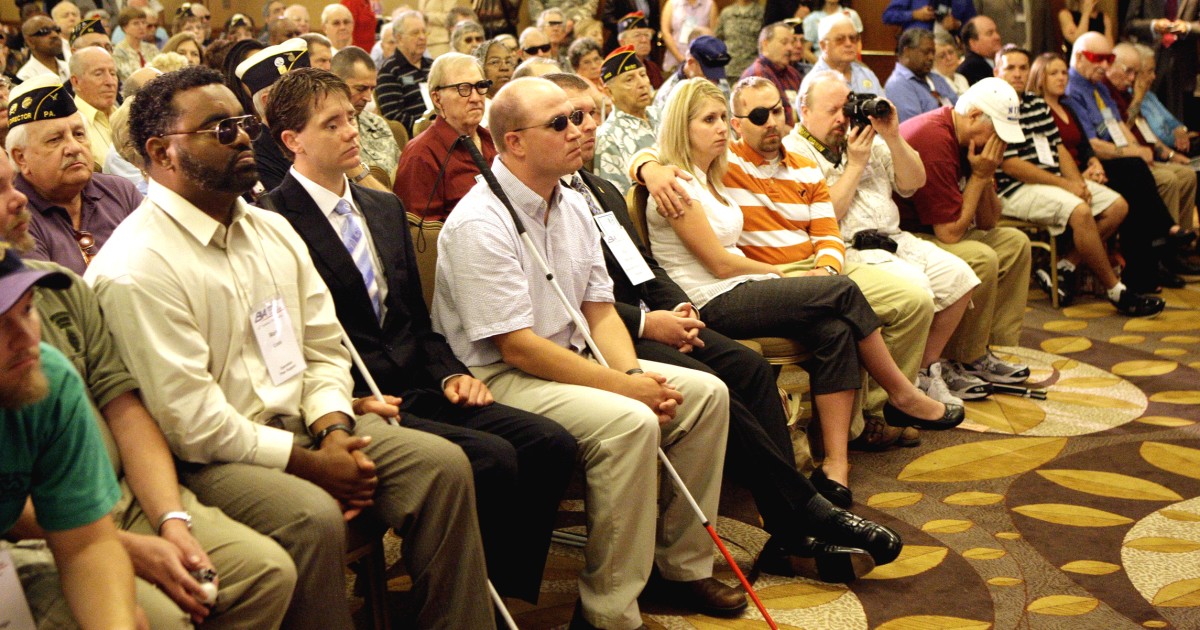 As Veterans Day approaches, we can expect to see news reports featuring wounded warriors in rehabilitation, learning how to use their new prosthetic limbs. These scenes are heartrending and hopeful.

But not often shared are reports about veterans who don’t see — the 1 million veterans who have suffered visual impairment and the 130,000 who have returned home legally blind after serving their country in warfare that often has barbaric consequences.

Our nation’s leading researchers are working diligently to find cures and treatments to help them and other Americans dealing with vision issues, including those with diabetic retinopathy, sickle cell anemia retinopathy, and age-related macular degeneration.

If results from the first stage seem promising, the research moves into clinical testing phases. If these are also successful, the treatment receives final federal regulatory approval before finally reaching patients.

Unfortunately, promising discoveries don’t often advance fast enough into human studies because the financial backing just isn’t there. Pharmaceutical companies and biotech investors are less likely to fund this translational research, because they prefer to fund projects once they have had success in a clinical trial. This is even more the case with rare diseases or conditions without a proven regulatory pathway or demonstrated commercial success.

Instead, promising research gathers dust on the shelves of public and private laboratories, with patients waiting for breakthroughs that never arrive.

Many veterans’ lives could be improved if we could unclog the pipeline, releasing the flow of promising new treatments from the lab to the pharmacies, hospitals, and other medical centers, including those operated by the U.S. Department of Veterans Affairs.

Read More:  What Are The Various Treatments For Panic Attacks?

But there is a solution. We are proud to be part of a bipartisan group of 19 House members in cosponsoring Faster Treatments and Cures for Eye Diseases Act (H.R. 6421). Upon becoming law, the bill would allow for the creation of Eye Bonds, which would finance research for the entire eye, including the severe vision trauma suffered by veterans of wars in Iraq and Afghanistan.

We expect the Congressional Budget Office will study the legislation and determine that it will cost very little or no tax dollars to implement. That’s because taxpayers would be the first to be repaid when private investors recoup their investments.

We know that careful legislative action can make a difference. Four years ago, we started the 21st Century Cures initiative. That resulted in a new federal law that is bringing researchers, industry, and patients together to speed up the discovery, development, and delivery of lifesaving cures.

The pursuit of these 21st-century cures also supports employers and jobs in our districts by ensuring our country remains the world leader in medical innovation.

Outright cures and interim treatments that eliminate or reduce the need for acute medical care can also save the government money each year, especially in Medicare and Medicaid expenses.

From our perspective, the successful implementation of Eye Bonds will enable us to implement similar efforts to overcome obstacles that also exist in translating cancer, Alzheimer’s, Parkinson’s, and other disease research into practical use.

As we salute veterans for all they have done, let’s remember our duty to them is not over. Just as they were always on alert for us, we should always be thinking about what we can do for them and others who are blind or dealing with vision issues. Eye Bonds and the advancements they will spur are important next steps.