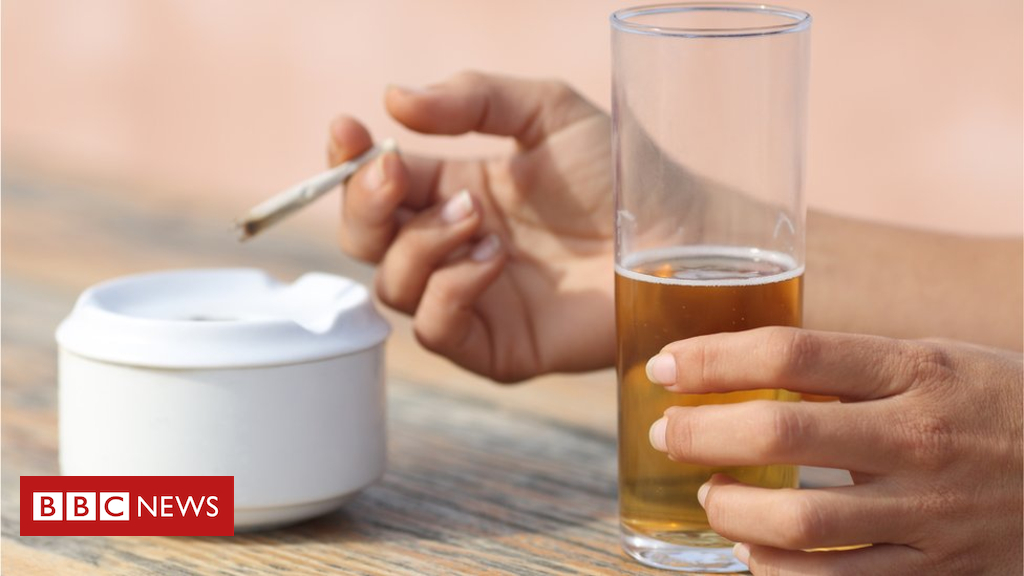 Smokers and problem drinkers who are admitted to hospital in England will be given help to quit or cut down, to reduce demands on the health service.

The measures are part of a long-term plan to be announced over the next few days by NHS England.

It said addiction to alcohol and tobacco were two of the biggest causes of ill health and early death.

And the right support could save lives and help people stay fitter for longer.

Health charity Ash said it was delighted by the plans and Public Health England called the move “smart”, saying it would save thousands of lives and help the NHS survive into the future.

Alcohol-related harm costs the NHS in England around £3.5bn each year – admissions to hospitals have increased by 17% in the past decade to just over 2% of the total number.

But the use of specialist Alcohol Care Teams has seen a significant reduction in A&E attendances, ambulance callouts and readmissions.

The teams offer specialist help to patients on how to give up drinking and support to stay off it, which includes written advice, as well as counselling.

That scheme is already running in Bolton, Salford, Nottingham, Liverpool, London and Portsmouth.

It will now be expanded to 50 hospitals with the highest number of alcohol-related admissions across the country.

And every smoker admitted to hospital – around half a million people a year – will be offered specialised support to quit.

This includes pregnant women and their partners.

Recent figures show that 10% of women in England are still smoking when their baby is born, which can double the risk of stillbirth and increase the risk of miscarriage.

Read More:  These Are All of The Bachelor and The Bachelorette Couples That Are Still Together

Areas of particular need, such as Blackpool where one in five pregnant women smokes, will be given priority over the next five years, NHS England says.

Simon Stevens, NHS England chief executive, said: “Drinking to excess can destroy families, with the NHS too often left to pick up the pieces.

“Alcohol and tobacco addiction remain two of the biggest causes of ill health and early death, and the right support can save lives.”

He said the long-term plan delivered a “sea change in care for a range of major conditions” like cancer, mental ill health and heart disease.

And he said it gave patients “the support they need to take greater control of their own health and stay fitter longer”.

The Royal College of Physicians said many patients only come to the attention of the NHS during their first stay in hospital.

“Every contact a health professional has with a patient is an opportunity to help the patient give up smoking – having a system in place to treat tobacco dependency with allocated funding will help make it happen.

“The focus on the management of alcohol-related disease is also very welcome.

“We mustn’t forget prevention though and further measures to reduce harmful drinking are much needed.”

Smokers’ campaign group Forest criticised the NHS initiative as being “tantamount to bullying”.

Its director, Simon Clark, said: “It’s stressful enough being in hospital without the additional pressure of being hounded to stop smoking.

“Pressuring smokers to quit, especially if they’re in hospital for a non smoking-related reason, is an invasion of privacy.”