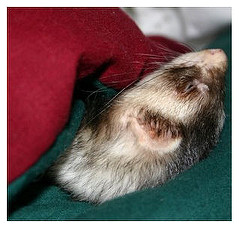 Employing the Science of Universal Delegation

Would you like to utilize a strategy that’s been used for thousands of years by most of the world’s great minds? Inventors, writers, artists, scientists and philosophers have employed this technique to solve problems and create works of art. This is a simple but almost magical method for gaining access to Universal Wisdom.

You’ve probably already used it yourself either intentionally or unintentionally. I’ve had great success with the process, and must admit that I don’t employ it as often as I should. I forget about how powerful, effective and easy it is. Perhaps we’ve just been programmed to believe that solving difficult problems needs to involve struggle and effort.

By tasking your subconscious to provide you with solutions or answers to your request, you’re tapping into a whole realm of memory and wisdom that’s difficult to reach when we’re awake. I recognize that what I’m sharing may have a fairly high “woo-woo” factor. And it does involve a certain degree of trust in the process in order for it to be successful.

Let’s take a practical example that can explain at least a part of how this all works. Have you ever tried to think of someone’s name but couldn’t? Try as hard as you might, you just couldn’t come up with it. Finally, after having given up on your memory scan-sometime when you weren’t even thinking about it, the name came to you in a flash. Instead of forcing the data from your memory banks, your unconscious mind went about it with seemingly no effort on your part. Much the same thing happens using Universal Delegation. And it’s even more powerful.

Charles Kettering said that a “problem clearly stated is a problem half-solved.” I believe that. Some of the success of this practice may come just from becoming clear about the problem and asking specifically for what we want. Try it. You have nothing to lose and everything to gain.

Before going to sleep, charge your unconscious to give you what you want. Be very clear about what you’re requesting. Your subconscious doesn’t do well with generalities. It likes specifics. The mere process of articulating exactly what you want sets the process in motion.

Then, let it go. Think about it no more. This is not an exercise in having your problem roll around in your head and prevent you from sleeping. Think about some other pleasant and joyful thing as you fall asleep.

For instance: Let’s say you’re launching a new project and you’re unclear about the best way to proceed. Perhaps you don’t have all the information you need. Ask your sleeping mind for five (be specific) elegant and innovative strategies to complete the project.

And expect answers. Think of it as asking the wisest and most powerful being in the world for the solution(s). In a way, you’re doing just that. Believe that something greater than yourself is providing the wisdom for you.

Don’t worry if you don’t get it right away-especially when you’re just starting to utilize this process. Just keep asking and be patient. The ideas will come-sometimes immediately upon awakening, sometimes in the shower, sometimes while jogging. Just be open to the insight and wisdom your unconscious will offer up. For indeed it will.