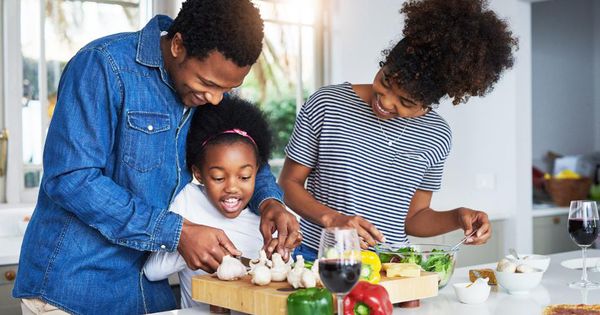 Zbar had always been athletic. He surfed, he skied, he ran marathons. But while running his last startup, he gained fifty pounds. Then he turned forty. All his vital signs were discouraging. So his doctor gave him an ultimatum: Change your diet or suffer the consequences.

Zbar did so, but he, “had no tools, so I built my own. I started eating radically healthy…I’m left-handed, and I started eating with my right…The challenge was that it was healthy, but it wasn’t easy, and it wasn’t delicious.” So when he had the opportunity to sell his social analytics company to YouTube, he knew what he wanted to do next. He wanted to make eating better food easier.

Since then, Zbar has had wild success with Sun Basket. While it might be the sleeper hit of the meal kit world, Sun Basket is worth $ 508 million, delivers to all 50 states, was the first meal kit company to use exclusively recyclable and compostable packaging, now provides a 50% discount to all employees and has eighteen customizable meal plans, some of which are designed for specific health problems. Oh, and they sent me samples so I can confirm: the food’s terrific.

When he founded Sun Basket, Zbar, who’s the son of a cancer researcher, “focused on healthy lifestyles, like ‘I want to eat Paleo, I want to eat gluten-free.’ For us there was no such thing as a bad healthy lifestyle as long as the actual nutrients in the food were healthy. But then the next thing we started thinking about was how can we approach more than just lifestyles, but health states…we did partnerships with The American Heart Association, The American Diabetes Association and the American Cancer Society.”

That wasn’t enough for Zbar. He wondered if Sun Basket could impact more people’s lives. So, he asked the dietitians on his team who they respected most in their field. Pretty soon, he and Dr. David Katz of Yale University, The American College of Lifestyle Medicine and The True Health Initiative met and hit it off. The rest might be history.

Dr. David Katz, whose list of accomplishments is too long for this captionTrue Health Initiative

Zbar is attempting to bring his product to the masses. Dr. Katz has been appointed Sun Basket’s Chief Science Officer and is partnering with a major insurer to conduct two pilot programs providing discounted boxes in California and a clinical trial measuring biomarkers in Louisiana diabetics. Dr. Katz believes that by eating Sun Basket’s specially formulated boxes, people can change their health outcomes. If successful, Sun Basket’s ultimate goal is to get a subsidy for their boxes added to insurance plans across the country.

At this time, Sun Basket is unable to release the name of the company it’s working with, but suffice to say it’s a big one. This partnership could affect millions. Zbar and Katz are trying to prove to insurers that providing customers better food will keep them healthier in the long run and will save everyone lots of money: “If you think about Sun Basket, Sun Basket is reaching 100 million people that are part of these ‘food tribes.’ Those are part of the haves. Those are the people who aren’t in the food desert. Those are the people who have lots of options…The folks that are really struggling are on the opposite end. The 100 million people that are prediabetic. The people who have hypertension, that have high cholesterol, a lot of them live in these food deserts, and…the only way we can [make an impact] is to partner with the largest folks that have the most at stake, and the folks that have the most at stake [financially] are the insurance companies.”

Late-stage capitalism is depressing, and Zbar is obviously going to make money on this deal. But he’s quick to point out that his business, unlike many meal kit companies, is doing just fine. He doesn’t have to do any of this. He wants to help people. And while that’s always a complicated question when profit’s involved, it’s a relief to see someone in his position doing something that could be so impactful. I wish him luck.