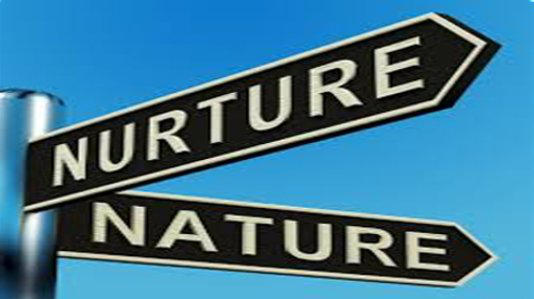 Of course there are some hereditary genetic disorders that at this time you can not modify or control. These can be serious but by and large are only a small part of the big picture. You are responsible for most of the issues that irk you.

I have reported in the past about the classic study from Norway. It followed the lives of identical twins who were raised in different environments. As they reached adulthood and matured they became completely different in their health, in their appearance and in their mental status. The authors decided that overall heredity is responsible for about 30% of their outcomes in life. Environment was responsible for 70%.

These findings were reinforced by a study recently published in “Cell” . It found that lifestyle, stress and bad habits play a bigger role than genes in determining the problems that our bodies encounter.

As we age our immune systems age with us and become less effective. The authors found that genes are to blame for some of this change, but their research found that our environment was more to blame. By this they meant that the way you eat, how much stress you have, how much sleep you get and how much you exercise explain the differences in how your immune system ages.

I was fascinated by their conclusion that about 70 percent of the change in the subject’s DNA was caused by environmental factors Exactly the same conclusion that was reported in the study from Norway.

Believe this and take responsibility for your life. It will not work to fall back on the excuse that you can not change the physical problems that irk you because the problems are genetic. Look carefully at your self and decide what you need to change. Then get busy and do what you need to do to make the change. I suggest that you look at our book “TriEnergetics” We have a carefully worked out six week program that will lead you into a healthier lifestyle.