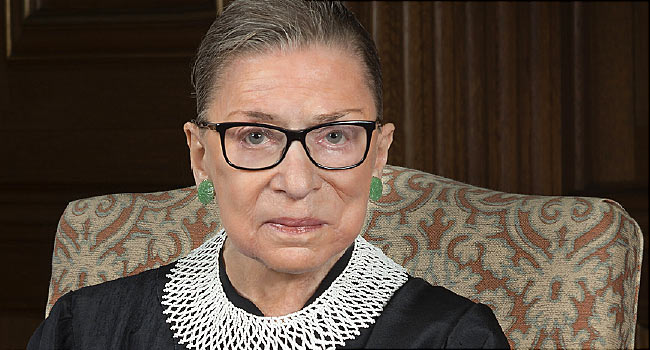 Dec. 26, 2018 — Supreme Court Justice Ruth Bader Ginsburg, who is 85, is recuperating at home after having surgery for lung cancer last week. She was discharged from the hospital Tuesday, according to Kathleen Arberg, public information officer for the Supreme Court.

The Justice had two cancerous nodules removed from the lower lobe of her left lung at Memorial Sloan Kettering Cancer Center in New York City. Doctors at George Washington University Hospital discovered the nodules by chance when they performed tests to diagnose and treat ribs Ginsburg broke in a fall in early November.

Initial tests after the surgery found the nodules to be cancerous, according to thoracic surgeon Valerie W. Rusch, MD. But tests found no evidence of cancer elsewhere in her lungs. Scans before surgery showed no signs of cancer anywhere else in the body. No further treatment is planned.

In 2009, Ginsburg had surgery to remove a small, early-stage pancreatic tumor. In 1999, she was treated for a small colon tumor. Both of these cancers were also discovered by chance and had not spread.

It’s not clear whether this most recent bout was a new cancer or if it had spread from a previous cancer, says Len Horovitz, MD, a pulmonologist at Lenox Hill Hospital in New York City, who is not involved in Ginsburg’s care. “If these nodules were a primary lung cancer limited to that lobe, we can hope that this [surgery] was a cure.”

If her past record is any indication, Ginsburg is expected to return to the bench soon. She did not miss a day of work after breaking two ribs in 2012. She returned to work quickly after a heart procedure that same year. According to multiple reports, Ginsburg voted from the hospital Friday, before her surgery, against the Trump administration’s proposed restrictions against some immigrants seeking asylum.

Read More:  Acupuncture For Pain Management Frisco TX - Why It Might Be Better Than Surgery Or Medication