Kevin Lomangino is the managing editor of HealthNewsReview.org. He tweets as @KLomangino. 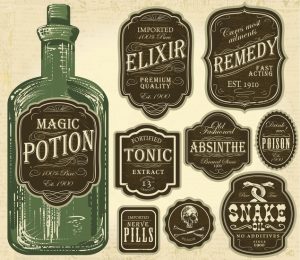 We’ve written extensively about the dark side of medical crowdfunding — how donations meant to help desperate patients may perversely promote useless and dangerous interventions.

We’ve also looked at the news industry’s complicity with these misguided campaigns — how the crowdfunding stories journalists latch onto often aren’t appropriately vetted and can perpetuate harmful health disparities.

But we don’t have much hard data about these trends, and most of what we have relates to unproven stem cell approaches. That’s why a new study published in the Journal of the American Medical Association on Tuesday is important; it clarifies and extends our knowledge about crowdfunding for five categories of dubious treatments that are commonly on the wish lists of fundraisers. The analysis covered a brief window during the fall of 2017 where the researchers looked at campaigns on popular crowdfunding sites such as GoFundMe. The authors, led by New York University ethicist Arthur Caplan, PhD, summarized their findings in a blog post at Health Affairs:

In our snapshot of this widely varied array of treatments, we found a total of $ 6.77 million raised for the five treatment categories we targeted, most of it ($ 3.46 million) going to homeopathic and naturopathic quack cancer cures. Donors chipped in $ 1.2 million toward helping expose 188 people to stems cells for brain injury, which is highly concerning, given that the consequences can be devastating: strokes, infections, or death. While there are a number of real medical trials underway (for which subjects needn’t raise funds to participate), there are no legitimate, safe stem cell treatments for brain injury on the market.

Leigh Turner, PhD, an ethicist at the University of Minnesota who’s studied stem cell crowdfunding and wasn’t involved with the new research, says it’s especially concerning to see millions of dollars flowing to businesses selling dubious treatments for cancer. “Likewise,” he said, “the research team found $ 785,421 spent on hyperbaric oxygen for brain injury and $ 689,363 for long-term antibiotics reportedly intended to treat Lyme disease. That’s a lot of money being funneled to clinics that at best are marketing useless medical interventions and at worst are exposing patients to risky unproven medical interventions.”

Read More:  What to know about HAART for HIV

How do we deal with this?

In their Health Affairs commentary, Caplan and colleagues note that the power of social networks can be harnessed for beneficial or nefarious purposes. They say that the onus increasingly falls on these platforms to protect their users from misinformation.

In a complicated information ecosystem, GoFundMe and its competitors must allocate appropriate resources to monitor, flag, and downplay problematic campaigns, and users need to remain vigilant about where they donate and why.

There’s no single right way to accomplish this task, which we expect can be augmented through artificial intelligence algorithms loaded with target keywords and phrases, in the same way that Facebook is attempting to augment its detection of fake news. A distillation of such results could then be bumped up for human review and decision making. To balance inequities, a percentage of medical crowdfunding campaigns could be donated automatically to related nonprofit research.

Turner, however, takes a harder line. He says GoFundMe has shirked its moral and legal responsibility to review the content of crowdfunding campaigns and has allowed itself to be exploited to spread health-related misinformation. He says it needs to take immediate steps to address abuses and offers several practical remedies that can be implemented.

One must wonder, of course, whether financial considerations impact GoFundMe’s reluctance to act decisively — and how much those millions spent on misguided campaigns help boost the company bottom line.

Whatever the reason, there’s a fundamental hypocrisy in GoFundMe’s approach to medical fundraising that needs to be tackled head on, Turner believes.

“They need to stop claiming that their websites serve only to help people obtain access to needed medical interventions,” he said. “Instead, they must acknowledge that their platforms often help patients access medical procedures or products that are useless and in some cases even dangerous. Better screening tools and information guides would put some online guardrails in place and help steer crowd funders and donors toward more evidence-based forms of medical care.”