This article will focus on pink Himalayan salt lamps and whether or not there is any truth to the health claims surrounding them.

What are pink Himalayan salt lamps? 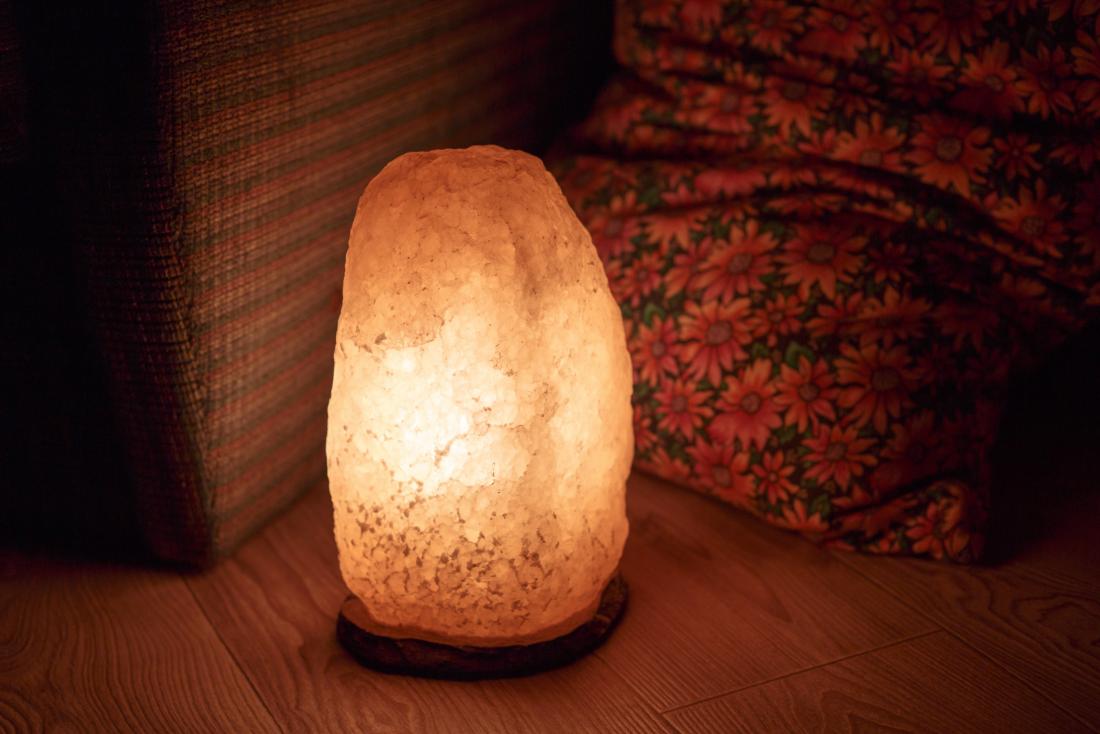 These lamps are made of chunks of pink Himalayan salt. The salt has a carved-out center in which to place a light bulb or heat source.

The pink color of Himalayan salt is reportedly due to a high concentration of minerals.

Himalayan salt lamps have gained popularity over recent years and often appear in spas and home décor magazines. They are widely available to purchase for use in the home.

How do they work?

One way that pink Himalayan salt lamps supposedly work is by releasing negative ions into the air in a process called air ionization.

Some studies suggest that air ionization has some benefits, such as improved cognitive performance.

However, there is no definitive evidence that pink Himalayan salt lamps can produce a measurable number of negative ions, if at all.

Read More:  Body transformation week 3 – how to get results from the gym

Other studies claim that water vapor in the air carrying pollutants and toxins is attracted to the surface of the rock. The toxins fall on the rock, and clean water vapor remains in the air. However, this claim also has little evidence to support it.

What are the supposed health benefits and does any evidence support them?

Here are the most common health claims associated with pink Himalayan salt lamps and the evidence behind them: 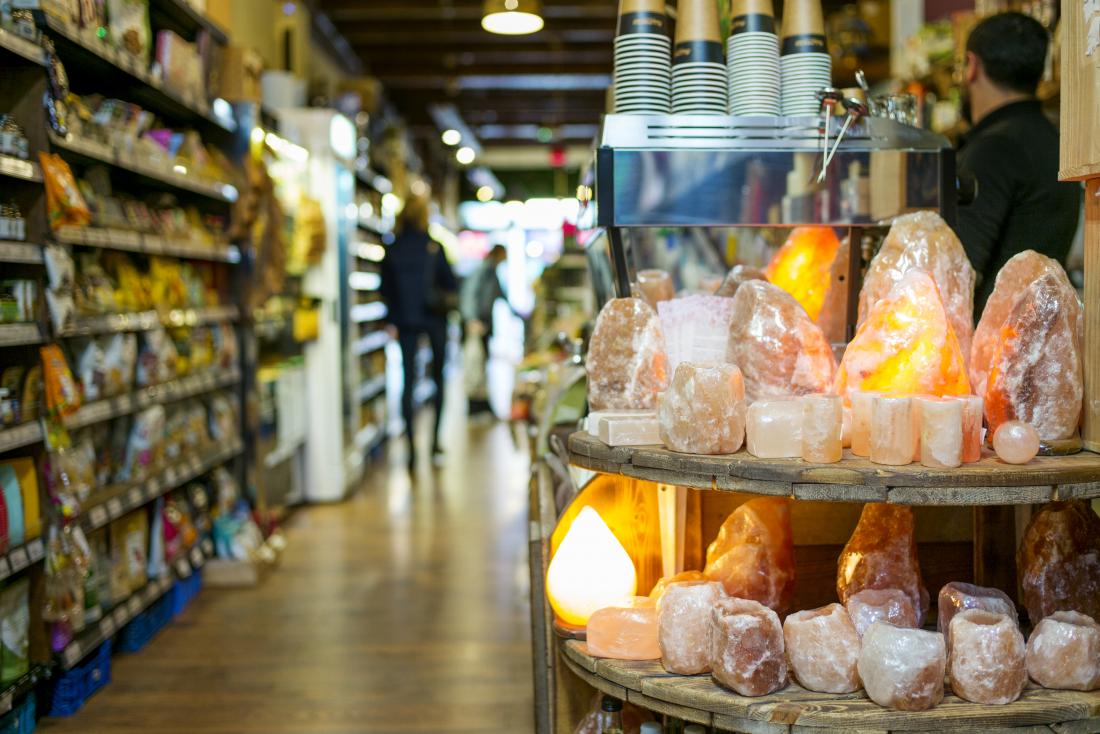 Some people use pink Himalayan salt lamps as air purifiers, though no research supports this use.

Many people claim that salt lamps purify the air of a person’s home or office. This is specifically useful to those with allergies to dust, insect droppings, animal dander, or other environmental allergies.

Salt lamps may also benefit people with respiratory problems, such as asthma.

Another major claim from salt lamp makers is that these products help reduce respiratory symptoms in those with asthma or chronic obstructive pulmonary disease (COPD). This is due in part to the salt lamp’s ability to remove irritants.

Not only can a person use a salt lamp, but they can also purchase a Himalayan salt inhaler online or at a drug store.

The notion of inhaling Himalayan salt comes from the ancient practice of halotherapy, in which people with asthma would spend time in salt caves. Apparently, breathing in tiny salt particles can help clear the airways and break down mucus.

Read More:  This former Apple engineer has analyzed the microbes in his body 600 times — here's what he learned

There are some studies that look at the effectiveness of salt therapy for asthma and COPD, but they are not high-quality. More research is needed to say whether or not halotherapy is effective, but the practice does not seem to be harmful.

There are also many claims that salt lamps can improve a person’s mood or help them sleep better.

However, an analysis of studies in humans found that there was no consistent relationship between negative or positive ionization and mood or sleep.

There is not much research into the relationship between salt lamps and sleep that have to do with air ionization or air purification.

The more likely reasons that salt lamps might improve sleep is that they give off a dim, mood-enhancing light, which might promote relaxation. 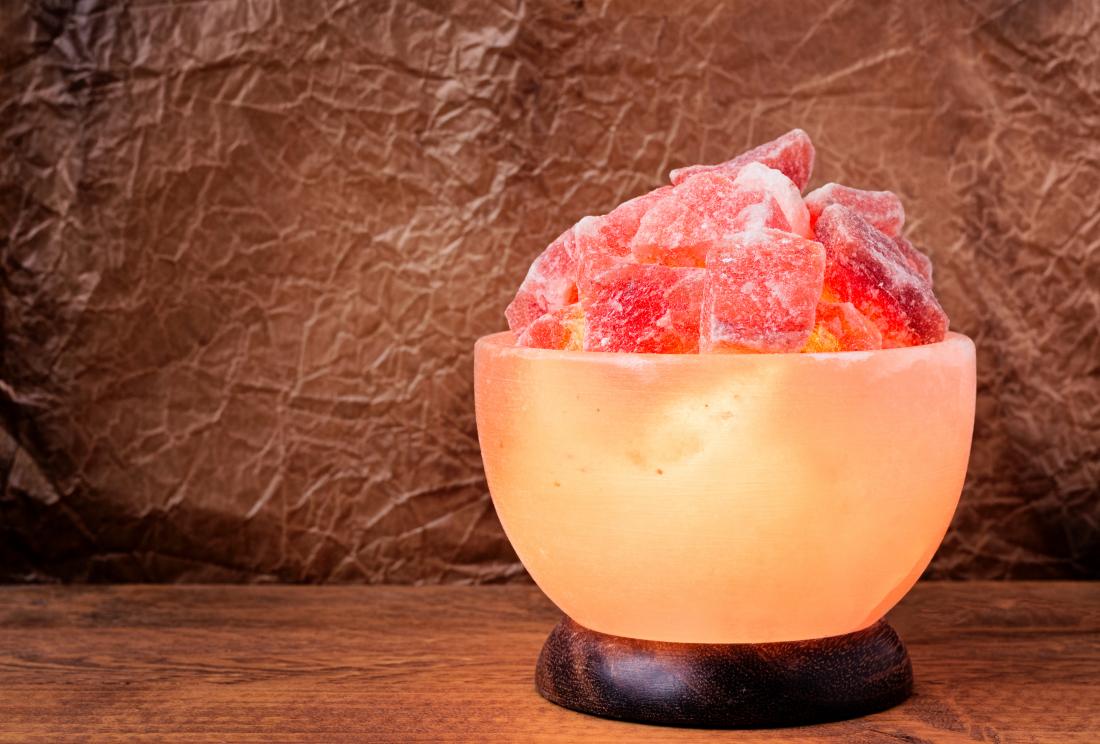 Salt lamps are unlikely to make a significant positive impact on a person’s health, but there are other reasons why a person might want to use one.

Read More:  Blueberries And Your Health

All of these benefits can reduce stress by helping a person spend a few relaxing moments gazing at the soft light of the salt lamp.

There does not seem to be any research into the safety of salt lamps. They appear to be safe to use overall.

However, it is a good idea to keep salt lamps out of reach of children and pets.

While pink Himalayan salt lamps are nice to look at, they probably do not offer any substantial health benefits beyond helping people relax.

There is little to no evidence to back up claims of air purification, respiratory health, or mood and sleep benefits from salt lamps. Therefore, these claims need further research.

Regardless, a pink Himalayan salt lamp can provide a nice ambiance to a person’s home or office.