If you feel like you’ve been in a 10-round fight during this election cycle, you’re not alone. According to a recent survey by the American Psychological Association, nearly 70 percent of people say that they are experiencing a significant amount of election anxiety — up from 52 percent in 2016.

The COVID-19 pandemic—coupled with racial unrest, natural disasters, physical distancing, and a struggling economy—make this year’s election unlike any we’ve seen in recent memory, as Americans try to cope with problems they’ve never experienced before. With the 2020 election upon us, here are five tips to protect your mental health during these uncertain times:

Issues such as racial injustice, immigration reform, and abortion rights impact some groups more profoundly than others.

Adolescent and child psychiatrist Dr. Brian Dixon says that during the election season, it’s important to be mindful that the implications of this election will be felt more intensely by some groups more than others—particularly African Americans.

“The biopsytchosocioeconomic forces of this campaign, pandemic, and the abdication of justice has worn down your Black friends, family, and colleagues. They hurt. They mourn. An unforeseen outcome may make a bad situation, worse. Make the extra effort to be kind to Black folks during this stress time,” Dixon says.

No matter the outcome members on both sides of the aisle will be disappointed, Dixon adds, underscoring the importance of resisting the temptation to catastrophize.

“Always remember that ‘this too shall pass.’ No matter the results of the election, the Earth will continue to orbit the sun and music will continue to be a human wonder. You will get through this difficult week,” says Dixon.

The whirlwind of information, especially while we await the results of the election, can be overwhelming, so remaining informed while setting limits on your media consumption is key. After the 2016 election, the number of anxiety and depression diagnoses rose considerably. Mental health professionals around the country, especially those working in Democratic strongholds, reported a stream of patients coming in with anxiety and depression related to — or worsened by — the blast of daily news on the new administration. Colloquially, the term post-election stress disorder was used to describe cases of politics-induced anxiety, stress and sleep deprivation.

Much like four years ago, the constant onslaught of negative political ads on television and social media has fueled anxiety and stress around the country. This is expected to worsen while we await tonight’s results and the final declaration of a winner. While it’s unclear as to whether the mental health community is better prepared than before, frequently monitoring your anxiety level can reduce the impact of the election’s uncertainty on your wellbeing.

Dr. Anita Rao, a resident psychiatrist at Northwestern University, notes that fake news, alternative facts, and hyper-polarized views attacking one side or the other have heightened tensions. “The partisan politics, civil unrest, and disinformation leaves us vulnerable to reactionary anxiety where we act irrationally and out of fear, as opposed to proactive anxiety in which preparedness and compassion propels us forward as a society,” says Rao.

Rao suggests that you:

Dixon adds that replacing screen time with quality family time or a stimulating conversation with friends may be helpful.

“Call or text your friends. Friends are the family you choose. In an age of hyperpartisanship, your friends always have your best interests at heart. Let them know how you’re doing tonight and lean on one another for support,” says Dixon.

Finding ways to communicate effectively with those who differ politically, albeit friends, family, or strangers, is one of the best ways to protect your mental health. As the election nears this may become more difficult to do as people seek last ditch opportunities to push their beliefs. If you can’t resist taking the bait, consider avoiding or limiting social media or avoiding political conversation altogether. Political overload and doom messaging increase the risk of experiencing anxiety and depression so be weary of the media messages you take in and the conversations you partake in.

If you are compelled to engage in political conversations, speak directly and confidently about your beliefs without belittling the other person.

Bigotry and hatred should never be tolerated. Prior to engaging in any conversation, set ground rules that center around kindness and respect.

Maintaining a regular self-care routine is always important, but adopting and sustaining a healthy diet and exercise routine is more important now than ever before. Many of us will be glued to tv — and have been for a lot longer if you’re strictly abiding to social distancing guidelines. In light of little to no separation between work and home, and having adopted more sedentary behaviors during the pandemic, use election week as an opportunity to fine tune your self-care routine.

“Concentrate on what you can control — make a good strong cup of coffee; go for a walk; complete a home exercise routine; do laundry; or simply go to bed on time,” Dixon tells theGrio. “During an emotionally charged week like this, it’s vitally important to find the constants in the storm.”

It is not just what we are faced with, it is how we face it. “This anxious energy can lead our thoughts to further spiral or be channeled into overcoming adversity,” says Rao. “What’s most important is to let go of this reactionary anxiety and instead capture this proactive, useful anxiety — go vote at the polls and continue to lend a metaphorical shoulder to lean on for the individuals in your life.” 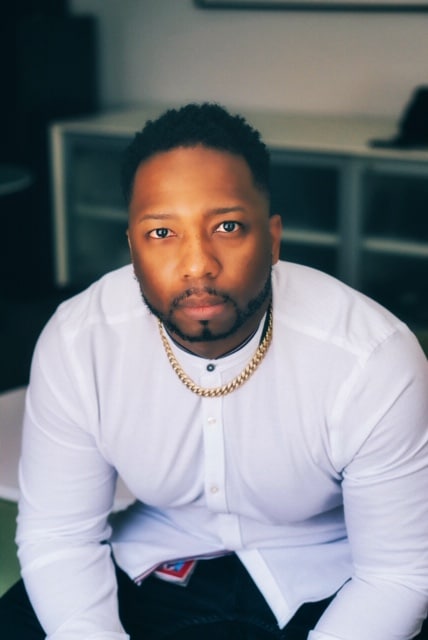 Dr. Shamard Charles is an assistant professor of public health and health promotion at St. Francis College and sits on the Anti-Bias Review Board of Dot Dash/VeryWell Health. He is also host of the health podcast, Heart Over Hype. He received his medical degree from the Warren Alpert Medical School of Brown University and his Masters of Public Health from Harvard’s T.H. Chan School of Public Health. Previously, he spent three years as senior health journalist for NBC News and served as a Global Press Fellow for the United Nations Foundation. You can follow him on Instagram @askdrcharles or Twitter @DrCharles_NBC.