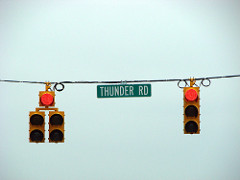 Middle back pain is statistically the least common location for experiencing dorsopathy symptoms.  However, since back pain is an epidemic condition, this still means that millions of people face chronic mid back agony every day, often without hope for lasting relief.  It is always recommended that all patients suffering from middle back ache become ever more active in their own care, as this is the best way to maximize the chances for finding lasting symptomatic resolution.

Mid back pain is loosely defined as symptoms which exist below the shoulder blades and above the belly button or waist.  The middle back is comprised of the middle and lower thoracic spinal regions and is structurally designed for protection and support far more than flexibility or movement.  The vertebrae in the mid back are strong and not generally subjected to the same degree of stresses as the structural components of the cervical or lumbar spinal regions which must bend and flex constantly.  It is for this, and other reasons, that most cases of middle back ache are not deemed to be sourced by the same typical structural issues as those which are theorized to cause neck pain and lower back pain.

Spinal degeneration in the mid to lower thoracic spine is not a serious concern for most people and it is not uncommon for this area to remain looking quite good into old age.  This can not be said for the lumbar or cervical spinal areas which degenerate universally and noticeably, most often by the age of 30 or younger.  Spinal arthritis can take hold in the mid back, but this is rare, as is any form of significant intervertebral disc pathology, such as desiccation or herniation.

The middle back can be injured, just like the rest of the spine, and the vast majority of structural issues which do cause middle back pain are a direct result of a known trauma.  Luckily, statistics clearly reveal that definitive injury is one of the sources of back pain which responds best to a variety of conservative, moderate and drastic treatment options.  In cases where damage is extreme, the patients may be unresponsive to therapy and may end up with a purely anatomically based chronic pain condition.  However, the incidence of this is very rare.

The most common actual causes of middle back pain include muscular issues, such as strain and sprain, as well as chronic conditions, like regional ischemia.  The former are certainly temporary and transitory pain syndromes which will almost always resolve within 2 to 6 weeks time, while the later is an ongoing disaster for patients, since it is definitely one of the most common types of pain and also one of the least often correctly diagnosed.  Oxygen deprivation back pain has been proven conclusively in the laboratory through nucleus testing of patients with a variety of diagnosed conditions, including fibromyalgia.  In many patients, their symptoms were blamed on coincidental structural findings, such as bulging discs and facet joint arthrosis, but regardless of the anatomical abnormalities, the patients responded well to appropriate psychologically based treatment and recovered 100% even with the continued demonstration of the structural issues once thought to be causative…

As a final thought, it must be mentioned that the antiquated structurally dependent Cartesian medical practices have doomed countless back pain sufferers to ongoing misery and frustration.  At least in the middle back, where structural issues are less prevalent, this is not usually the case, although newer diagnoses like the previously mentioned fibromyalgia and thoracolumbar syndrome are still trying to place an anatomical face on pain which is usually anything but…

Sensei Adam Rostocki has devoted his life to ending chronic pain. He is the author of “Cure Back Pain Forever” (ISBN 1-59971-997-5) and his website provides information about a variety of back pain topics, including middle back pain.