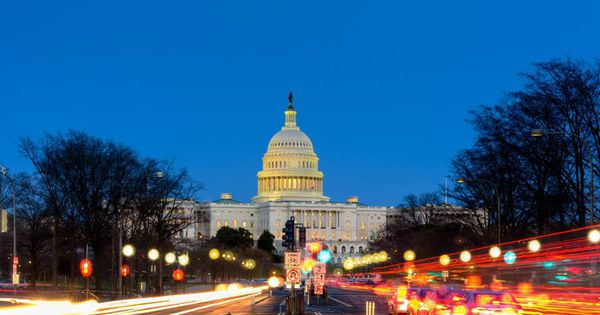 By Bob Blancato, Next Avenue Contributor

Yesterday, one of the most significant midterm elections in recent history occurred, with significant implications for the outlook on public policies and legislation affecting aging and older Americans.

Health and aging issues drove the midterms more than other issues, including preserving the Affordable Care Act (with special emphasis on threats to pre-existing condition protections), considering Medicare for All proposals and lowering prescription drug costs. The election results make prospects stronger for new policies to lower prescription drug costs, something President Trump has said he generally favors.

The election results also showed there may be signs of change in the way older voters vote. Republicans have captured their vote in every election since 2008, but according to CNN exit polls, 48% of voters 65 and older and 49% of those 45 to 64 identified themselves as Democrats; 50% of both groups called themselves Republicans.  By contrast, in the 2014 midterms, 41% of House of Representative voters 65+ and 45% of those 45 to 64 were Democrats.

Recognizing that this is a very early analysis, I sense more positives than negatives on aging issues from the midterms, and a greater importance of them. Some specifics:

The prospects of “entitlement reform” that would lead to cuts in Social Security, Medicare and Medicaid now seem much less likely with a divided Congress.

There is a bipartisan reluctance to address issues facing Social Security’s solvency, and plenty of bipartisan history of avoiding difficult choices on this until it is absolutely necessary. And that time is not now.

The progress that Medicare has enjoyed from the Affordable Care Act is likely to continue in the new Congress. House Democrats may use their new majority to garner more support for what’s known as Medicare for All — broadening the federal health insurance program from covering primarily people 65 and older to a single-payer plan covering Americans of all ages.

The major threats to Medicaid — the federal-state health insurance program for lower-income Americans — including converting funding to a block grant or imposing a per capita spending limit, virtually disappear in a divided Congress. One can at least hope that more attention may emerge to expanding home and community-based services for Medicaid.

The budget deficit and the expiration of the bipartisan budget agreement from Fiscal Years 2018 and 2019 all become front and center in a new Congress.

One possible danger ahead: The return of the “pay as you go” rule, which mandates offsetting revenue losses with spending cuts, will start with the next federal fiscal year, beginning October 1, 2019. This could bring back the dreaded reality of sequestration, also known as across-the-board spending cuts to federal programs and agencies.

The new group of committee chairs in both the House and Senate offer some hope for optimism for aging issues.

Rep. Nancy Pelosi (D-Calif.), who is likely to become the new House Speaker, has said that addressing high prescription drug prices will be one of her party’s top priorities.

In the House, the powerful Energy and Commerce Committee will be headed by Rep. Frank Pallone (D-N.J.). In addition to being a strong advocate of the Affordable Care Act, Pallone is also the author of an important bill entitled The Medicare Long-Term Care Services and Supports Act, which promotes the prospect of long-term care getting some long-overdue attention. Pallone also plans to meet with House members to discuss plans to lower health-care and prescription drug costs for consumers, according to The Wall Street Journal.

Rep. John Yarmuth of Kentucky will likely head the House Budget committee and he has been a forceful challenger of Republican proposals to cut Medicare and other safety net programs. He has said that if he does run this committee, he’ll hold a Medicare for All hearing.

The Older Americans Act is under the jurisdiction of the House Education and the Workforce Committee, which is expected to be chaired by Rep. Bobby Scott (D-Va.).  Scott is a long-time advocate for this law and the last time the Democrats were in the majority, he helped secure the passage of the Elder Abuse Victims Act.

The House Ways and Means Committee will be chaired by Rep. Richard Neal (D-Mass.), who has a strong record of defending Social Security. A Wall Street Journal analysis noted that he “would try to strengthen the Affordable Care Act.”

Other important House members supporting aging programs include Rep. Rosa DeLauro (D-Conn.), who is expected to chair the Labor-Health and Human Services subcommittee of the House Appropriations Committee, and Rep. Suzanne Bonamici (D-Oreg.), who will be a key player on the Education and the Workforce Committee for issues relating to the Older Americans Act.

The most significant change in the Senate for aging issues is the expected move by Sen. Charles Grassley (R-Iowa) to become chair of the Senate Finance Committee. Grassley has a long-time involvement with many aging issues, especially elder justice.

The Midterm Elections and the States

At the state level, the election of three governors in particular bode well for aging policy, but not the rejection of a key ballot initiative.

New York re-elected Democratic Gov. Andrew Cuomo, who earlier this year declared New York to be one of the first age-friendly states in the nation and who has adopted an intergenerational agenda.

California elected Democrat Gavin Newsom, who embraced the “We Stand for Seniors” pledge that will move California to the forefront of states with comprehensive plans for aging programs and services.

And Ohio elected Republican Mike DeWine, who as Ohio’s Attorney General led efforts to fight elder abuse and to crack down on financial abuse.

Maine voters, however, did not approve the ballot initiative Next Avenue wrote about that would have provided universal home care to older and disabled residents.

The sun came up this morning in Washington, D.C. after days of rain, giving us a clear sky to look at, and last night’s election give us a somewhat clearer path in understanding the new balance of power.

Time will tell how long it will take for the clouds to return.