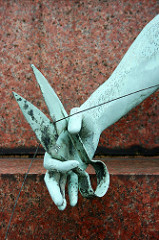 “Migraine sufferers could have their headaches switched off after researchers discovered a gene that acts like a pain thermostat in the brain”.

The “once in a generation” finding could allow scientists to create a new generation of drugs that can simply turn down up the acute suffering at which the body fells pain.

The international study, including scientists at Oxford University, found that a gene caused a severe suffering. It is believed that it controls the sensitivity of pain nerves in the brain and if faulty can bring the threshold so low that just living is painful.

This is why migraine sufferers are so sensitive to light, sounds and even touch.

But the gene is also susceptible to being switched on and off with drugs which means that it could be altered to increase the threshold to such an extent it eliminates the feeling of pain altogether.

“We are really excited about this,” said Dr Zameel Cader, a consultant neurologist at the Medical Research Council Functional Genomics Unit at the University of Oxford.

“It is a once in a generation find that could one day lead to treatments that could prevent migraines. Potentially it is even more exciting than that”.

“It could potentially lead to a treatment for pain in general. That could impact everybody.”

Around 18 per cent of women and eight per cent of men in the UK suffer from migraines which can last up to three days.

There are an estimated 190,000 attacks a day and more than 25 million working days a year are lost through the illness.

Read More:  Things To Consider Before You Take A Pain Killer Medicine

A migraine is a severe, long-lasting headache usually felt as a throbbing pain at the front or on one side of the head.

Some people can have a warning visual “sign” before the start of the headache called an aura and many people also have symptoms, such as nausea and sensitivity to light during the headache .

Until now, the genes responsible have been unknown. The World Health Organization (WHO) rates migraine as a leading cause of disability worldwide and it has been estimated to be the most costly neurological disorder in Europe.

Scientists from Canada and Britain looked at the DNA make up of 110 migraine sufferers and their families. They found that a mutation in the TRESK gene appeared to be key cause of the condition – which is also hereditary.

The discovery was exciting because TRESK controls the sensitivity of pain nerves in the trigeminal ganglion, an area at the base of the brain.

The study found that if the gene known as TRESK does not work properly, it can more easily trigger pain centers in the brain and cause a severe headache.

The study is published in Nature Medicine.

The discovery of the gene means that scientists have a whole new pathway to controlling pain.

Whereas painkillers work by numbing pain, this could effectively make the body immune to it.

It was funded by the Medical Research Council, Genome Canada, Genome Quebec, Emerillon Therapeutics, the Wellcome Trust and Pfizer.

“We have now made a major step forward in our understanding of why people suffer with migraine and how in certain cases, your family can literally give you a headache,” said Dr Cader.

“Previous studies have identified parts of our DNA that increase the risk in the general population but have not found genes which can be directly responsible for common migraine”.

“What we’ve found is that migraines seem to depend on how excitable our nerves are in specific parts of the brain.

“Finding the key player which controls this excitability will give us a real opportunity to find a new way to fight migraines and improve the quality of life for those suffering.”

Lee Tomkin, director of Migraine Action, said: “This is almost a red letter day for migraine sufferers. It is fantastic news and has a lot of implications. This is genuinely a really great step forward.”

TRESK appears to be fundamental in causing migraines.