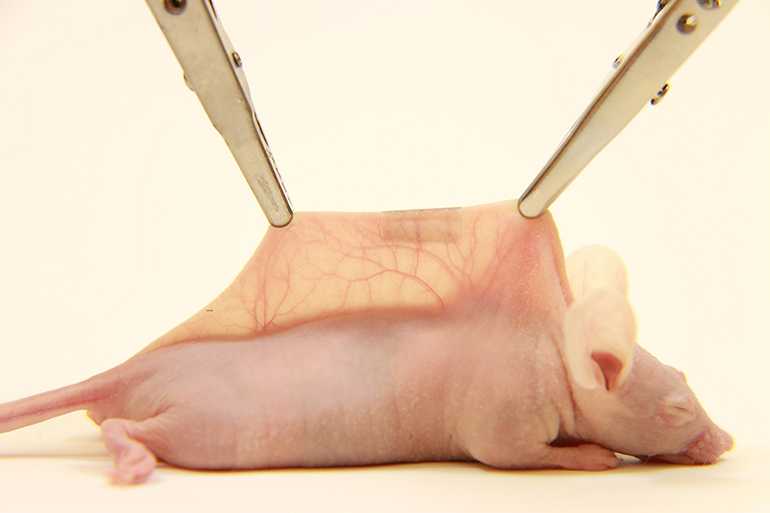 Delivering drugs directly into skin cells using microscopic nanoneedles may allow for highly effective treatment of skin conditions without injuring the cells that are treated. Silicon nanoneedles have been developed in the past that can do such a trick, but they’re stiff and can be painful, in addition to quickly losing their effectiveness. This is because the nanoneedle arrays are normally placed on rigid silicon wafers. 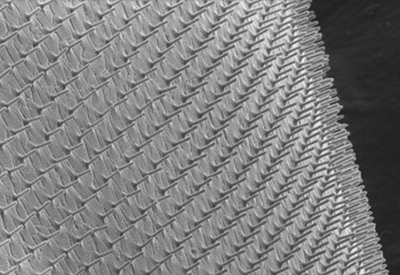 “To tackle this problem, we developed a method that enables physical transfer of vertically ordered silicon nanoneedles from their original silicon wafer to a bio-patch,” said Chi Hwan Lee, assistant professor at Purdue University. “This nanoneedle patch is not only flexible but also transparent, and therefore can also allow simultaneous real-time observation of the interaction between cells and nanoneedles.”

The nanopatches can not only be placed on the skin, but between muscles and within tissues for long term implantation. For on-skin applications, the patches remain translucent and so the tissue underneath can be monitored fairly well while it’s healing.

“This means that eight or nine silicon nanoneedles can be injected into a single cell without significantly damaging a cell. So we can use these nanoneedles to deliver biomolecules into cells or even tissues with minimal invasiveness,” said Chi Hwan Lee.