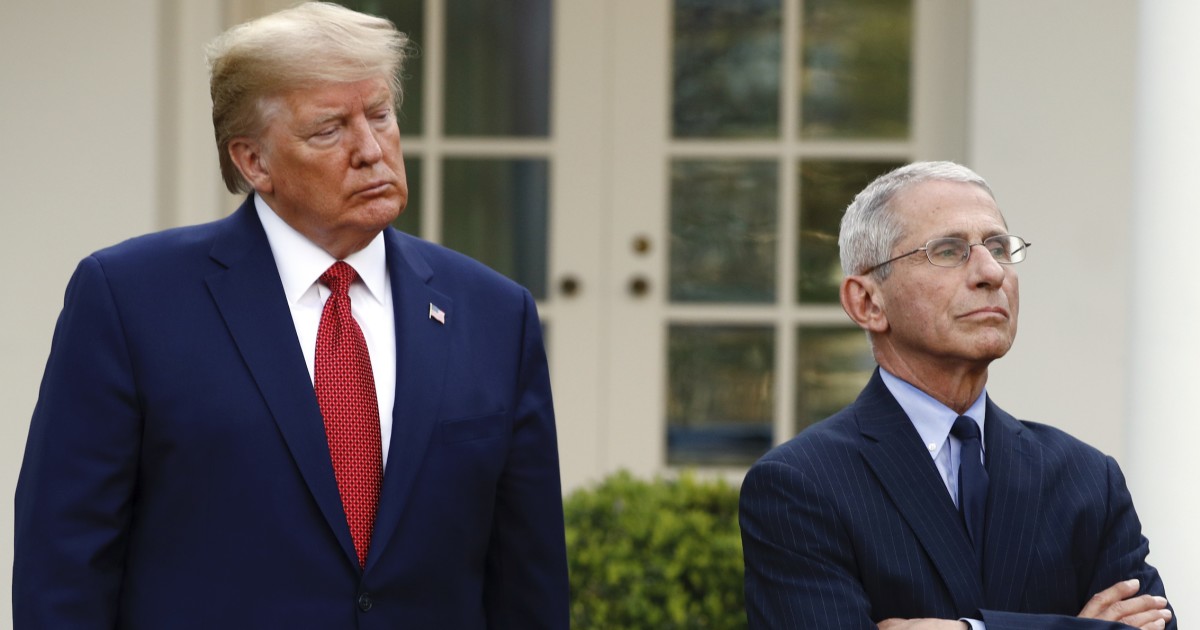 The top infectious disease expert in the country downplayed disparaging remarks reportedly made about him by President Trump.

During an appearance on California AM radio station KNX1070 on Monday, Fauci was read comments attributed to Trump made about him during a Monday morning campaign call, including calling the longtime director of the National Institute of Allergy and Infectious Diseases a “disaster” and saying that people were “tired of hearing” from him.

Fauci called the controversy a “distraction” before noting that the United States is seeing “an uptick in cases” and “many states that had been doing reasonably well” were now struggling with a spike in virus caseloads.

“I would prefer not to comment on that and just get on with what we are really trying to do, and what we are trying to do is to protect the health and welfare and safety of the American people predominantly, and ultimately, of the world,” Fauci said.

Trump’s relationship with Fauci has been greatly scrutinized through the coronavirus pandemic as there often appeared to be a rift between the two on how to respond to the fast-spreading virus adequately.

Speaking further on Trump’s remarks, Fauci used a Hollywood analogy to express his feelings on the president’s tough criticism.

“That other stuff, it’s like in The Godfather: Nothing personal, strictly business as far as I’m concerned,” Fauci said. “I just want to do my job and take care of the people of this country.”

Read More:  Pot Use Appears to Change Structure of Your Heart: Study