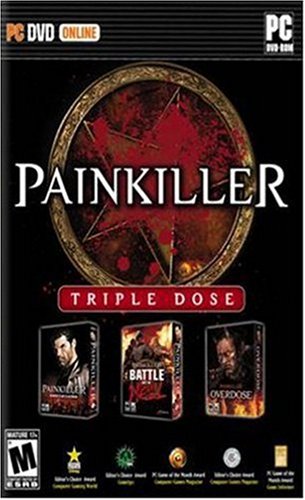 Bring the Pain! Trapped in a dark an unwelcoming world awaiting your purification, you must fight your way through over 50 species of Hell’s wildest incarnations as you attempt to stop the imminent unholy war. Painkiller and Painkiller Battle out of Hell took the world by storm, capturing the souls of FPS-fans and winning multiple Game of the Year awards. In Painkiller: Overdose, play as the tortured son of Heaven and Hell, Belial. This stand-alone expansion packs 17 single player levels, new weapons, lightning-fast multiplayer maps, more than 40 sickly-twisted monsters & gigantic bosses that will blow your mind!