An incredible video shows a patient playing the violin while surgeons removed a tumour from her brain.

Dagmar Turner, 53, was diagnosed with a large slow growing tumour in 2013 after she suffered a seizure during a symphony.

The mother-of-one had radiotherapy, but the tumour continued to grow until it measured 8cm by 4cm.

It was located in the right frontal lobe of her brain, close to an area that controls the fine movement of her left hand – essential for her musical talent.

She was woken half-way through complex six-hour brain surgery, handed the violin and told to play scales.

The approach allowed surgeons to identify and therefore avoid the areas of the brain that are activated while she plays.

After a successful operation at King’s College Hospital in London, led by Professor Keyoumars Ashkan, in which 90 per cent of the tumour was removed, Mrs Turner is home with her family. 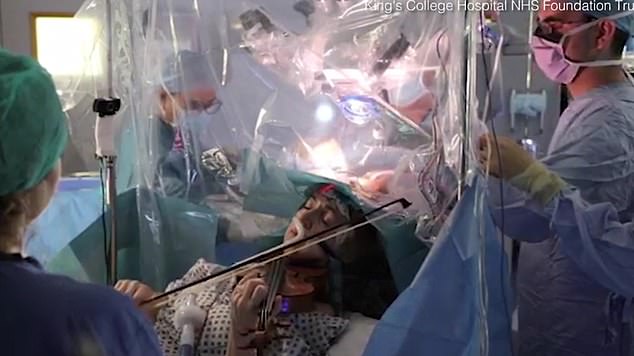 An incredible video shows Dagmar Turner, 53, playing the violin while surgeons at King’s College Hospital removed a tumour from her brain 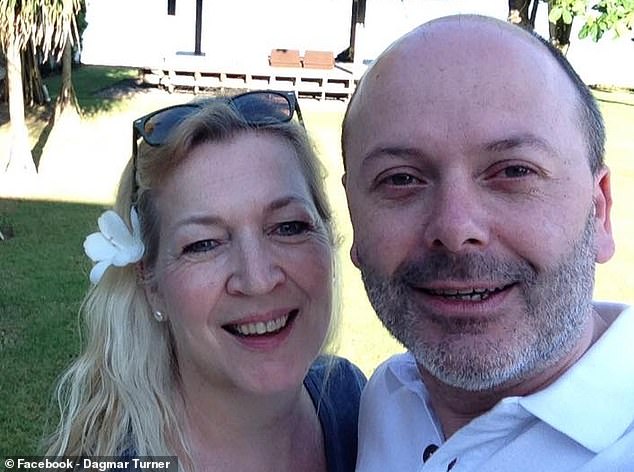 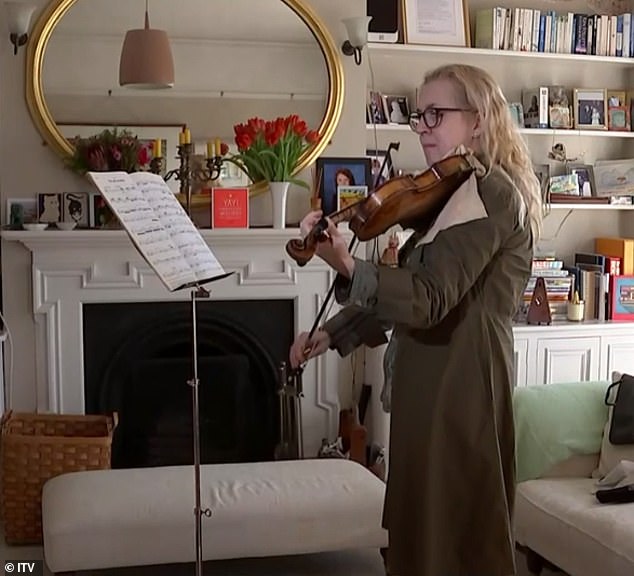 Mrs Turner, a musician, was woken half-way through complex six-hour brain surgery, handed the violin and told to play scales. The approach allowed surgeons to identify and therefore avoid the areas of the brain that are activated while she plays

Mrs Turner, a former management consultant from the Isle of Wight, said: ‘The violin is my passion – I’ve been playing since I was 10 years old.

‘The thought of losing my ability to play was heart-breaking but, being a musician himself, Professor Ashkan understood my concerns.

‘He and the team at King’s went out of their way to plan the operation – from mapping my brain to planning the position I needed to be in to play.

‘Thanks to them I’m hoping to be back with my orchestra very soon.’

About a third of brain tumours are gliomas, making them a common type. Low grade means it originated and grew slowly over a period of time.

The musician, who plays in Isle of Wight Symphony Orchestra and various choral societies, had treatment to keep it at bay.

But it kept growing, so she started seriously considering surgery last year.

She explained to her surgeon – who holds a degree in music and is an accomplished pianist – how she was worried she’s lose her skill if she had surgery.

Neurosurgeon Professor Ashkan and the neurosurgical team at King’s devised a plan.

They spent two hours carefully mapping her brain to identify areas that were active when she played the violin.

They also discussed the idea of waking her mid-procedure so she could play.

This would ensure the surgeons did not damage any crucial areas of the brain that controlled Mrs Turner’s delicate hand movements. 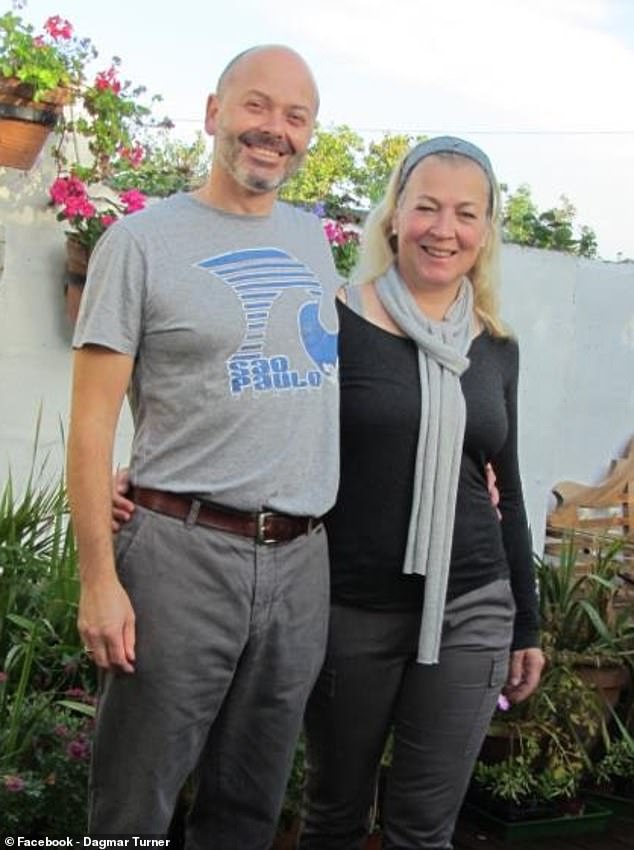 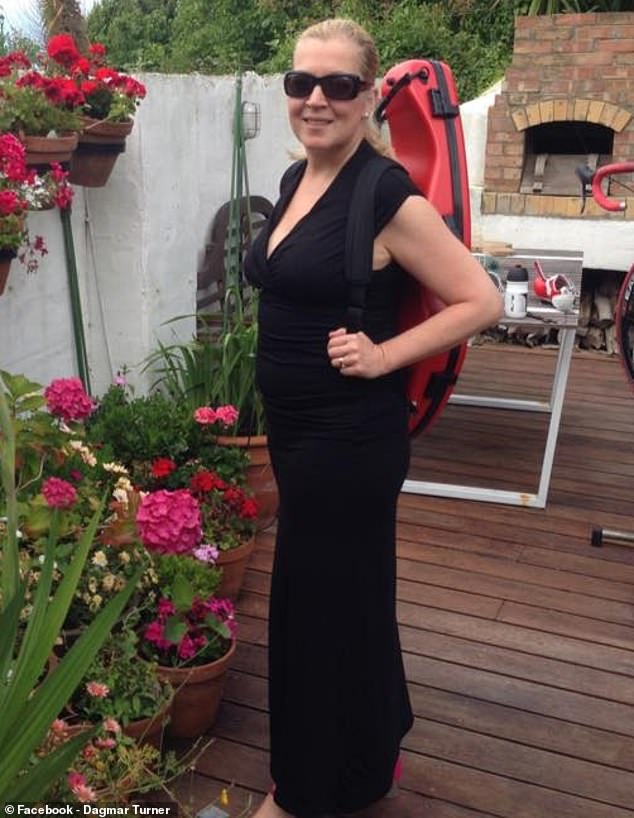 Mrs Turner said she can remember after regaining consciousness, the surgeons just handing her the violin and saying ‘play, play’ 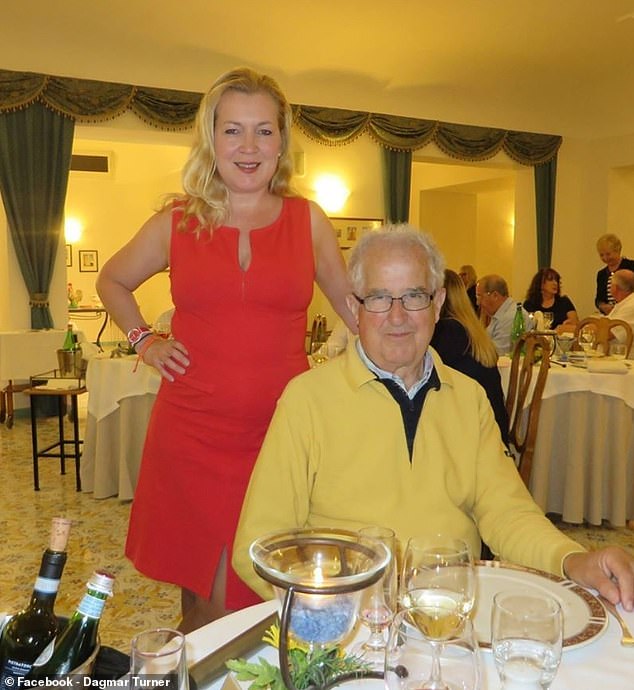 With her agreement, a team of surgeons, anaesthetists and therapists went on to meticulously plan the procedure.

Professor Keyoumars Ashkan opened Mrs Turner’s skull before she was brought round from the anaesthetic.

Mrs Turner said she can remember the surgeons handing her the violin and saying ‘play, play’ after regaining consciousness.

She was closely monitored by the anaesthetists and a therapist so that the parts of her brain responsible for delicate hand movement and coordination – crucial when playing violin – were not inadvertently damaged during the millimetre-precise procedure.

Following the procedure Professor Ashkan said: ‘We knew how important the violin is to Dagmar so it was vital that we preserved function in the delicate areas of her brain that allowed her to play.

‘We managed to remove over 90 percent of the tumour, including all the areas suspicious of aggressive activity, while retaining full function in her left hand.

‘It was all those finer details of the fine control of the left hand, for example somebody playing the violin, the pressure on the string all those fast movements moving between one string to another. That was what was unusual for us.

Read More:  Here's What You Should Know About Pumpkins

‘King’s is one of the largest brain tumour centres in the UK. We perform around 400 resections (tumour removals) each year, which often involves rousing patients to carry out language tests, but this was the first time I’ve had a patient play an instrument.’

Three days after the procedure Mrs Turner was well enough to go home to her husband and son.

CAN YOU HAVE BRAIN SURGERY WHILE AWAKE?

Awake brain surgery, also known as awake craniotomy, is a type of operation that requires a person to be alert while under the knife.

An awake craniotomy may be carried out to treat a tumour in an area of the brain that controls vision, movement or speech.

It ensures the surgeon treats the correct area of the brain while lowering the risk of damage to the region that controls language, speech and motor skills.

It can be difficult to pinpoint these areas before surgery, while an awake operation allows a surgeon to know which areas of the brain controls these functions so they can be avoided.

The procedure starts by a patient taking medication that makes them sleepy, before numbing drugs are applied to the scalp.

The doctor will then remove part of the skull to reach the brain.

During the surgery, sedative medications are stopped to allow the patient to wake up.

The patient may then be asked questions, told to move, count or identify pictures off a card.

This helps the surgeon identify and avoid ‘functional’ areas of the brain.

Some of the risks include: