Nagorik Somaj, a platform of different organisations led by Zafrullah Chowdhury, trustee of the Gonoshasthaya Kendra, raised the demand on Wednesday and called on Prime Minister Sheikh Hasina to consider it. 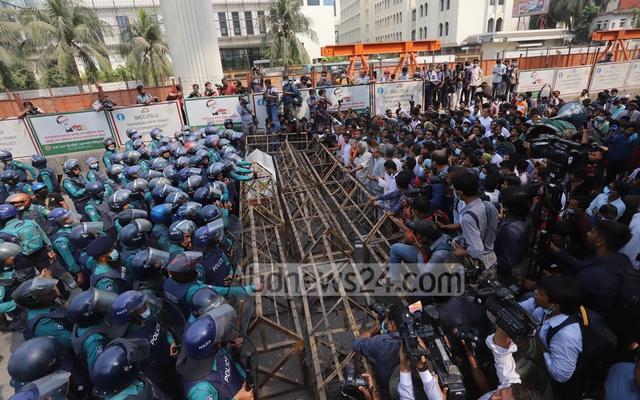 Led by Zafrullah in a wheelchair, the protesters marched towards the Prime Minister’s Office from the National Press Club. On being stopped by the police near Hotel InterContinental, the protesters staged a rally there.

Zonayed Saki, the chief convener of Ganasanghati Andolan, said they would organise fresh protests if the demand is not met by the time.

“We have just one demand today – the Digital Security Act has to be scrapped. There is no need to amend it because we don’t want any refinement. We want it to be repealed,” Zafrullah said.