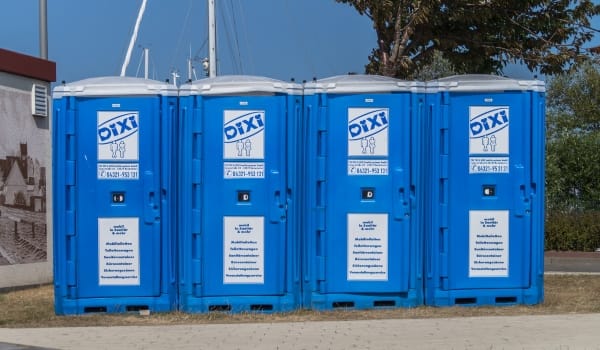 Two-and-a-half billion people worldwide have no access to safe, durable sanitation systems. Brian Arbogast, director of the water, sanitation and hygiene programme at the Bill & Melinda Gates Foundation, tells SciDev.Net how innovative toilet technologies and business models could help fix this — and help communities cope with the devastation of climate change.

How does climate change impact sanitation?

With sea levels rising, you have flooding that causes huge health problems. As latrines and septic tanks get flooded and waste goes into the streets and streams, it can carry a lot of disease, including cholera, dysentery and typhoid.

The problem is that the world has only one gold standard for sanitation, which is having flush toilets connected to sewer lines, that are further connected to big and expensive wastewater treatment plants. Growing cities that already have water shortages may not have enough water for everybody to bathe and cook, let alone to flush toilets. So, are these cities going to follow the same path we have taken for the last century in developed cities?

Spending on sewer systems and treatment plants would be as bad an idea as building a new coal power plant. You are committing to the next 50 years and if you are going to have an infrastructure that requires a lot of water and electricity, you are only making your city less resilient in the face of climate change.

What does the Gates Foundation suggest to address this problem?

We are working with partners to try and invent another gold standard for sanitation, one that does not require connection to a water line, a sewer line or an electrical line. Our Reinvent the Toilet Challenge is pushing to build toilets that are their own treatment plants, only powered by what users deposit into them. We gave grants to over 15 candidates and what we have now are a growing number of university partners who are proving they can kill all the germs in the waste so that what comes out is safe to handle. We have a couple of prototypes undergoing field testing — one was designed by the California Institute of Technology (Caltech), and a second one by Loughborough University in the United Kingdom.

How would these toilets work in a disaster setting?

We were very concerned after the earthquake in Nepal that if the sanitation system broke down, you would have a second wave of people getting ill and hurt. If we had these technologies ready then, you could imagine shipping in a lot of portable technology that has the ability to treat waste. These toilets don’t depend on having a pit or a septic tank, so they would also be more robust in the face of flooding.

What business model are you promoting behind off-grid sanitation?

One thing we get excited about once there are reinvented toilets, is a service model where the household doesn’t even have to buy the toilet — what they do is they buy a toilet service.

A sewage system requires huge capital investment in tearing up roads, putting in sewage lines and building wastewater treatment plants, plus significant ongoing costs for maintenance and operation. Oftentimes, one of the reasons why this doesn’t work too well is because governments don’t have the tax base and the fees to actually run these expensive systems.

Now compare that to a system where you have pit latrines and septic tanks, and vacuum trucks that come and empty those, take the waste to a sludge treatment plant and treat it. We found that this non-sewage approach was five times cheaper, but the household has to pay to have someone empty their pit.

We worked with a partner on a treatment plant that is much smaller than conventional plants and treats the waste of about 100,000 people. This plant not only doesn’t require water and electricity, it also actually generates water and electricity. We call these OmniProcessors.

Read More:  Strength vs. Cardio: Which Should You Go For? By Brendan Ballance

Two things are very ‘disruptive’ about them. First, they take up less land [than conventional plants] and they don’t smell, so they can be placed near poor urban communities. Second, instead of just costing money, they generate utilities that can be sold. And when you finally get to the reinvented toilet, you don’t have any transportation costs, and neither do you have any pumping costs.

Who do you work with to achieve this in developing countries?

We at the Gates Foundation are not going to be in the business of selling toilets or toilet services. Our goal is to do the early-stage innovation and spend our money in places where entrepreneurs don’t.

We work with a lot of governments: for example, we have a formal agreement with the government of India, as Prime Minister Narendra Modi has made sanitation a high priority. In Africa, we have carried out various marketing exercises in Dakar, Senegal, to lower per household sanitation costs.

But our end goal is that we wind up having our technology partners work closely with commercial companies that might get in the business of selling the service or product. A great example would be the team at Caltech, which is working with the Kohler Company, one of the biggest toilet manufacturers in the world, to do some trials in Tamil Nadu in south India. It is very new for them to have a toilet that is itself a treatment plant.

Q&As are edited for length and clarity.

This post was previously published on scidev.net and is republished here under a Creative Commons license.

Read More:  The 8 Healthiest Berries You Can Eat

If you believe in the work we are doing here at The Good Men Project and want to join our calls on a regular basis, please join us as a Premium Member, today.

All Premium Members get to view The Good Men Project with NO ADS.

Need more info? A complete list of benefits is here.