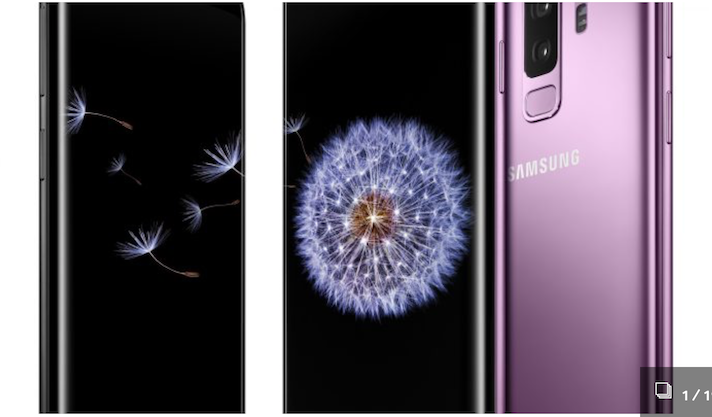 Initially, Insulet’s recently FDA-cleared Omnipod Dash Insulin Management System will only speak with an app run on a locked-down Galaxy smartphone provided to patients alongside the system itself. However, according to Dr. David Rhew, chief medical officer, VP and general manager of Samsung’s enterprise healthcare division, the long-term plan is to enable users to manage and administer their insulin using their own personal Galaxy smartphones, thanks in part to Samsung’s hardware and software-level mobile security platform.

“First, there’ll be a locked on version of the phone which has the security platform called Knox … but a large part of what we’ve been talking about, and I think a lot of the excitement, is how this device could then be your own personal Galaxy smartphone,” Rhew told MobiHealthNews.

“What we could then envision is an individual who has an existing Galaxy device, has Knox already embedded. Because all these Galaxy devices have [Knox], we enable that to be used with this application, and now you have a personal device that does much more than simply view data. It can potentially administer medication, it could potentially be used to capture other types of information from other devices [and] communicate with others. [It’s] a tremendous amount of opportunity if you think about consolidating all these different functions on a smartphone.”

While Rhew gave Insulet credit for handling the bulk of this integration’s regulatory hurdles, he also took time to highlight Samsung’s ongoing participation in the FDA’s Pre-Cert Program as a key factor in the electronics maker’s long-term plan to marry digital health with consumer devices. Specifically, he said that having the open channel to the agency provided Samsung with the guidance it needed to ensure that the Knox security platform would be robust enough to handle the Omnipod-Galaxy integration, as well as others.

“These data that we’re capturing and the tools that we’re activating have to be protected, and it can’t just be through standard processes,” he said. “You’ve got to integrate a process that impacts security from the hardware to the software layer.”

This long-term goal of bringing medical device control to patients’ personal devices has the potential to not only streamline the patient experience, he explained, but also to personalize the data and insights connected health technologies are able to provide.

“[A personal device integration] introduces a whole new series of opportunities to bring in lifestyle data and other kinds of data that could be incorporated with your own medical data. We think that there [are] tremendous opportunities in bringing all this information into one device that people use every day,” he said.

The Samsung-Insulet partnership bears similarities to another struck between the electronics maker and Medtronic, the fruit of which was the clearance of a pain management implant that interfaces with a Samsung tablet.

Beyond these kinds of integrations, Samsung has also made its mark on digital health by offering diabetes management, telehealth and other services through its Samsung Health platform.

“Over the last few years, there have been many exciting advancements that allow individuals to experience how phone control could improve their diabetes management,” Shacey Petrovic, president and CEO of Insulet, said in a statement. “For us, because we are delivering a life-sustaining drug, it’s critical that we have the highest measures of safety and security in place. We are thrilled to work with Samsung, the global leader in smartphones, to lead the way in offering phone control of an insulin pump in a way that is simple, safe and secure.”