“You’ve lost so much weight! Tell me your secret!”

There is a woman — we will call her Cindy — that I’ve seen at the gym for the last eight years. I don’t know her well; only enough to exchange a friendly “hello” when we see each other.

Recently, I was in the locker room when Cindy walked in, and I suddenly realized it had been a couple of months since I had last seen her. It was impossible not to notice that she had lost a significant amount of weight. As usual, we smiled and exchanged a hello, and then I walked over to the bathroom sink as she started to change her clothes. 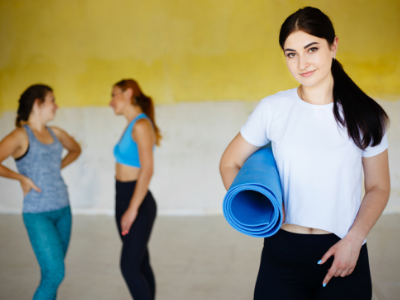 Another woman walked into the locker room, and it was clear that she knew Cindy but hadn’t seen her in a while either. As soon as the woman saw Cindy, she went wild. “You look AMAZING! You’ve lost so much weight! Tell me your secret!”

Cindy paused for several seconds and then said, “Well… I was laid off from my job of twenty years, and then my husband left me. I’ve been very stressed, and haven’t been able to eat.”

Of course the woman who made the remarks felt awful. She didn’t mean any harm, and apologized profusely. Cindy was gracious, and told her that she was OK, but there’s a powerful lesson in this exchange for us all:

We never really know what caused a person’s weight loss.

When I shared the story of Cindy on social media and in our free closed Facebook group SWOLE U, I received countless responses, private messages, and emails from women sharing their own difficult stories of receiving uncomfortable comments about their weight loss.

If you’re currently thinking, “But… acknowledging someone’s weight loss is a compliment! It’s being nice!” I understand why you might think so. Weight loss is often the default compliment — especially among women — and for years I complimented people on weight loss with the best of intentions.

Now I realize there were a lot of things I overlooked.

Stress and personal issues are only a couple examples of weight loss being caused by unfortunate things, making it inappropriate, awkward, or even hurtful to mention. Here are some things to consider prior to bringing up something as personal as the appearance — or changed appearance — of someone’s body.

Several years ago I was following a very restrictive diet. I was losing body fat rapidly, and my family, friends, co-workers, and people at the gym were all complimenting me on my weight loss.

What they didn’t know was that I felt absolutely awful. I didn’t have any energy, I was moody, my sex drive was non-existent, and I was so foggy-headed that I struggled to concentrate on anything. The diet that I was following was dangerously restrictive, and I knew it.

I struggled to get off that diet and — I’m embarrassed to admit this — it was partly because of how much positive reinforcement I was receiving about my appearance. 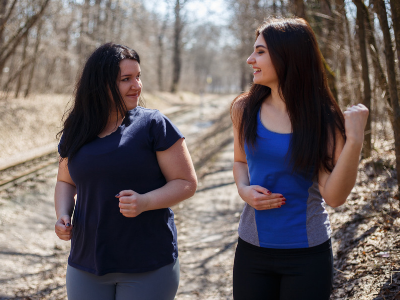 Many women have shared similar stories. They were participating in extreme diets, or had an unhealthy obsession with exercise and were scared to eat more or exercise less for fear of gaining weight which would in turn cause the compliments to come to a stop.

Compliments on weight loss can potentially reinforce unhealthy (or even dangerous) behaviors.

Illness or Side Effects From Medication

Weight loss can be an unfortunate side effect of certain physical or mental illnesses. When a person doesn’t feel well and is showered in compliments about their appearance, it can feel confusing and irrelevant.

Additionally, most people don’t want to discuss something as private as their illness, which makes it very uncomfortable for them to navigate questions about what they’ve done to cause weight loss.

A Woman’s Worth Is Not Her Appearance

Society and many forms of advertising and marketing would like us to believe that a woman’s worth is centered around her appearance. Because of that, many women struggle to feel confident in their own skin regardless of what they look like.

By centering a woman’s body in a conversation, we are perpetuating the absurd notion that a woman’s appearance is the most interesting thing about her, and that her body is up for discussion. It’s neither of those things.

A woman’s appearance is the least interesting thing about her.

If you want to compliment a woman while also supporting her in feeling valued and worthy for who she is rather than what she looks like, the most supportive thing that you can do is remind her of all of the qualities that make her so incredible and that have nothing to do with appearance. Her body is her business.

Read More:  What Should You Know about Diazepam 10mg before Taking It?

What If the Goal Is Fat Loss?

When this topic was discussed on social media, a few well-intended folks asked about complimenting women when they know for certain that the person’s goal is weight loss. 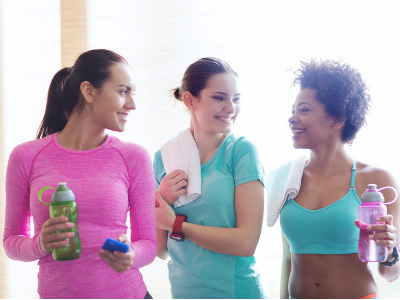 Even in this scenario, I still encourage you to give attention to things other than their body’s appearance. Complimenting them on their hard work is something much more valuable to mention because it’s acknowledging their values, which is something far more important than their looks.

Additionally, a concern that often comes up from my clients who are working towards weight loss and are receiving compliments about it is, “What if I gain the weight back?”

If you shower a person in compliments when they lose weight, how will you be able to be supportive if they gain the weight back? This is something important to consider.

As you can see, commenting on something as personal and private as someone’s body can feel intrusive, and make a person feel extremely uncomfortable for a variety of reasons.

Rather than complimenting a person on their body, you may consider giving genuine compliments on who they are, their values, or skills. For example:

Weight loss is not always a good thing, and even if a person is working towards weight loss it’s important not to center their body or their appearance. Remind them how many other amazing qualities that they have regardless of how they look.

If you are a coach or personal trainer, you will likely work with some clients who are working toward fat loss. If you know that your client has a goal to lose fat, positive feedback can be motivating and encouraging. Acknowledging a decrease in measurements or body fat percentage as data points, and then emphasizing consistency, hard work, and dedication are wonderful ways to let your client know that you notice how much effort they have put into the process, without tying their value to their body composition. 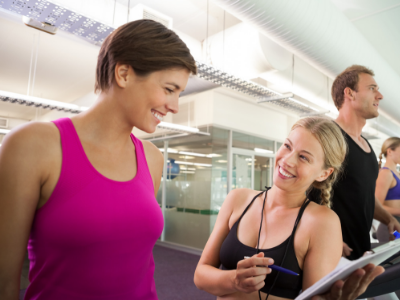 For instance, you may say something like: “You’ve been working hard toward your fat loss goal for the last six weeks, and according to today’s measurement, you’ve lost an inch around your waist. You’re getting closer to your goal! You’ve been so consistent with your workouts and your nutrition habit of eating more slowly. Nicely done!”

Avoid objectifying comments, such as “Lookin’ good!” Stay away from remarks that are centered around your personal opinion of your client’s body, like “Your thighs look much better now that they’re smaller.”

It’s important to provide a wide variety of compliments and positive feedback, so that you can help your client see that they have so much more to be proud of than just the change in their body composition.

Offering genuine compliments about consistency, effort, and dedication are all wonderful ways to let your client know that you notice and appreciate how much effort they have put into the process, while assuring them that their value in the past, current, and future has nothing to do with their weight.