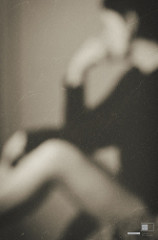 If you have constant sleep disorder, it will be the serious problem since it will affect your daily lives. Further, it is potential to cause the severe impairments in the soul and body. Sleep disorders are varied. Each has its own symptom. Therefore, this disorder is classified into some different categorization such as parasomnias, dysomnia, and some others. Several common disorders include sleep apnea, insomnia, bruxism, snoring, and also night walking. Knowing the causes of this disorder is very necessary since the treatment is focused on the underlying cause.

The main classifications of causes of this sleeping problem include external, internal, and also disturbance of the normal circadian pattern. Mostly, this kind of disorders is associated with some other organ disease and main factor of the internal sleep disorder’s cause. Most of the diseases are potential to cause this disorder.

The medical conditions which are potential to cause the kind of disorder include the sleep-related gastroesophageal reflux, chronic obstructive pulmonary disease, fibrositis syndrome, peptic ulcer, neck problems, and also back problems. In addition, some other impairment in the brain can also cause this disorder such as neurodegenerative diseases including Alzheimer’s disease and central apnea. Furthermore, breathing problem such as snoring and obstructive sleep can also lead to this disorder.

Some other causes of this sleeping problem include the mental problems including depression, anxiety, pain attacks, paranoia, bipolar syndrome, and also schizophrenia. The chronic mental disorder will cause the severe sleep disorders.

Apart from the physiological and psychological effect, sleep problem can also be caused by your own lifestyle. Alcoholism and caffeine are potential to cause this disorder. For this reason, keeping a healthy life style will beneficial to reduce the effect of sleep disorders to you.

Sleep disorders are the most common symptom among all the serious disorders. Consulting the physician will be more beneficial. In addition, you can also use a helpful sleeping machine such as sound therapy machine. It can produce natural sound to help you sleep well. There are a lot of options available for you such as marpac sleep mate machine.