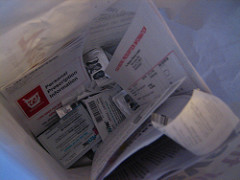 When the partially digested food in the stomach with higher than normal acid content regurgitates into the esophagus, this tube gets inflamed. The inflammation of esophagus signals occurrence of stomach acid reflux. The damage to the esophagus lining from stomach acid can be so severe as to cause esophageal bleeding. Stomach acid reflux is generally not serious but persistence of the symptoms and ignoring them for long can have serious health consequences. Adopting a healthy lifestyle and treating the symptoms with over-the-counter antacids at the initial stage are all that is needed to prevent aggravation of the symptoms.

Certain lifestyle activities induce stomach GERD. Some of these are overeating, lying down flat on your back and bending of the body including for lifting objects. Night is the time when stomach acid reflux symptoms are most pronounced. It causes more pain at this time as the esophagus gets inflamed as it is covered with the refluxed acid from the stomach. The more the damage to the esophagus, the more severe is the pain. Pregnant women suffer a lot from heartburn as a result of stomach acid reflux. The painful symptoms are caused by a combination of the fetal pressure and increased hormonal secretion during pregnancy. However in post delivery, the symptoms in most cases disappear.

Symptoms of stomach GERD do not usually turn into complications. However in a few cases where there is persistent and excessive flow of acid, the esophagus is severely injured by the acid to become scarred and narrow. Such constriction of the esophagus makes swallowing difficult and produces the effect where the patient feels that food is being stuck in the esophagus. This condition is called ‘dysphagia’. If the esophageal irritation is persistent due to continuous bombardment by the stomach acid, a condition called Barrett’s esophagus is developed with the esophagus losing its normal shape and color. It can lead to cancer.

Read More:  Methods To Identify An Individual Who Is Addicted To Pain Killers