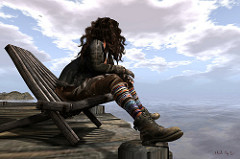 Stomach pain is a very common problem among men, women and children, chiefly characterized by pain in any location between the chest and the pelvis. Pain in the abdomen is caused due to disorder and pain in the stomach is caused mostly due to formation of gas.

Certain foods such as onions, cabbage, beans, carbonated drinks and fiber can cause stomach gas in some people. As well, intolerance to lactose (a sugar found in milk) can cause this problem as the body cannot digest this sugar. In addition, if you are allergic to certain foods, it may also cause excessive gas formation.

Gas pain is caused when your stomach forms odorless gases like nitrogen, oxygen, carbon dioxide and methane at times which need to be released to get relief from the pain. Gas is formed due to a large variety of reasons.

A natural remedy for something, if effective, is the best remedy of all. Many people are persuaded into trying something more medical by the reasoning that, if it is scientific, then it must be better. But medical remedies – excellent though they are if used for their correct purpose – do have one major drawback. They are by their nature mass-produced, and cannot be tailored to every person’s needs. Therefore they will be too harsh for some, and ineffective for others.

Certain food intolerances can be the worst offenders in terms of creating stomach gas. Sufferers of lactose intolerance will be familiar with the unpleasant effects of inadvertently or guiltily eating or drinking something with milk in it. A similar effect will take place for anyone who overeats on occasion. One of the most certain ways to get rid of bloating is to ensure we do not overeat, or do not touch problem foods.

Our digestive system is, by necessity, a sensitive thing. Its job requires it to deal with various foods and drinks, and it is unsurprising that it will have problems dealing with some foods, or too much food. The symptoms of excessive gas will naturally involve some pain, then, because trapped gas makes the area feel tender.

In order to reduce the amount of gas your stomach produces, it may be necessary to keep a diet diary and note what you have eaten on days when you get gas.

Large amounts of gas in the intestinal tract may be produced by eating certain foods, by improper absorption of some foods, particularly carbohydrates, or by an overgrowth of gas-producing bacteria. Eating wrong combinations of food will cause gas to form in the stomach and bowels.

Treat gas problems by proper diet. Try to eat foods in fewer quantities to keep the gas away. You also have to stay clear from the food items listed above, which could directly cause gas in the stomach. High fat foods should also be avoided as they may also cause bloating.

One of the first things that you can do to help alleviate the discomfort of a bloating stomach is to change your diet to include fewer foods that are known to cause gas. If you’re in the habit of eating a lot of fast foods or processed foods like TV dinners, it might be worth it to cut way back for a week to see if it helps reduce the gas bloating as well.

You may not have the time or energy to find out which of the above foods is causing the problem. If you knew of a fast remedy which would just give you fast relief from this embarrassing problem, you would be very happy. Actually there are natural remedies which are very effective in reducing stomach gas and bloating and one of these can be found in the link below.