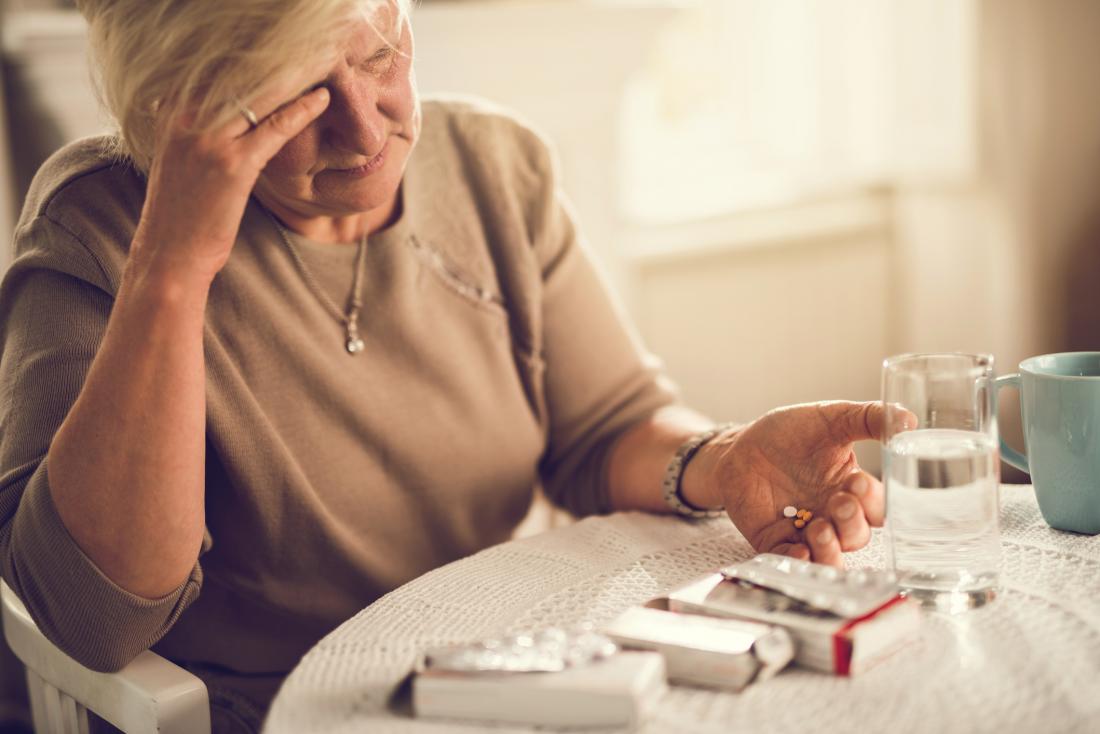 New research suggests that the pain reliever celecoxib may raise the risk of heart valve disease.

The drug, which has the generic name celecoxib and the brand name Celebrex, belongs to a category of nonsteroidal anti-inflammatory drugs (NSAIDs) known as COX-2 inhibitors.

After analyzing thousands of electronic medical records, scientists at Vanderbilt University in Nashville, TN, found a link between using celecoxib specifically and a higher chance of having aortic stenosis.

Aortic stenosis is a condition that narrows the aortic valve in the heart and restricts blood flow through it. It commonly results from scarring and calcification, or calcium buildup, during aging.

In laboratory tests, the researchers also found that treating aortic valve cells with celecoxib increased calcification of the cells.

These findings, now published in JACC: Basic to Translational Science, appear to contradict a 2016 NEJM study that declared that celecoxib was no riskier for the heart than the older NSAIDs naproxen and ibuprofen.

However, the authors note that the earlier study focused “on acute, relatively short-term, and thrombotic events,” and did not examine outcomes related to valve disease, which takes longer to develop.

“In this study,” says first author Meghan A. Bowler, Ph.D., who worked on the investigation in the Department of Biomedical Engineering, “we’re adding a long-term perspective on celecoxib use.”

Aortic stenosis is a stiffening of the valve that sits between the aorta and the left ventricle of the heart. The stiffening causes blood to pass less easily from the heart into the aorta, from which it then flows to the rest of the body.

While some people have aortic stenosis because of a birth defect, the most common cause is the buildup of calcium deposits and scarring during aging.

In their study paper, the authors note that more than 1 in 4 people over the age of 65 in the United States have the type of aortic stenosis that develops from calcium buildup.

The disease is progressive and, due to the lack of suitable drugs, the only effective treatment is to replace the valve surgically.

It was concern about the lack of effective drugs that spurred the researchers to investigate the already-approved celecoxib as a treatment for aortic stenosis.

They chose celecoxib because previous studies had suggested that it might be effective against a protein called cadherin-11 that is active in calcific aortic valve disease. These studies showed that celecoxib binds to the protein.

However, when they tested the effect of celecoxib on valve cells, the investigators found that it had the opposite result; it appeared to increase calcification and other markers of tissue stiffening.

Having established the laboratory result, the researchers then looked for clinical evidence. They analyzed 8,600 long-term electronic medical records for links between diagnosis of heart valve disease and use of celecoxib, ibuprofen, and naproxen.

The analysis revealed that taking celecoxib was tied to 20 percent increased odds of developing aortic stenosis. It found no links between aortic stenosis and ibuprofen or naproxen.

The authors conclude that “Overall, these data suggest that celecoxib use is associated with the development of [calcific aortic valve disease].”

Dimethyl celecoxib could be safer

In a discussion of the study’s limitations, the scientists highlight the fact that they used heart valves from pigs in their laboratory tests.

This is standard practice because pig heart valves tend to be healthier than human heart cells, which usually come from donors with health conditions that could influence the results.

They suggest that further studies should now seek to confirm these findings in human or a variety of mouse models of heart valves.

The researchers also tested dimethyl celecoxib, which is an inactive form of celecoxib. They found that this drug could be a safer option than celecoxib for people with aortic stenosis and intend to continue researching it.

“Calcification in the aortic valve can take many years. So, if you’re at a higher risk for it, you might want to consider taking a different [pain reliever] or rheumatoid arthritis treatment.”