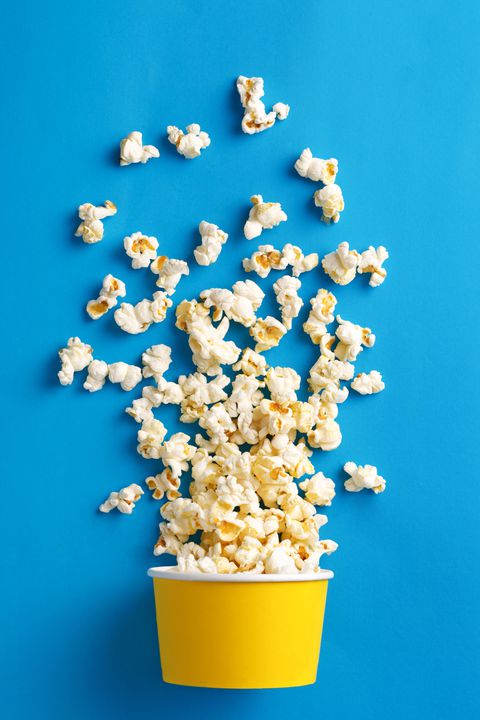 It’s the middle of the afternoon at work, and you’ve decided to have a piece of that leftover Halloween candy sitting at your desk. You unwrap the candy, lift it to your mouth…and it slips between your fingers, dropping onto the office carpet.

As long as you grab the candy in under five seconds, it’s totally safe, right? Not exactly. The five-second rule has been around as long as most people can remember, and if you reference it regularly, you’re not alone. But this rule isn’t even well-defined; in fact, there are so many variations of the rule (10 seconds, 15 seconds, etc.) that its validity probably should have been called into question a long time ago.

Is the five-second rule true?

This may or may not surprise you, but the five-second rule is an old wives’ tale, nothing more, according to Paul Dawson, PhD and Brian Sheldon, PhD, food scientists and authors of Did You Just Eat That?. “These is conclusive evidence that when food comes into contact with a contaminated surface, bacteria are transferred immediately,” they write. The food scientists compare following the five-second rule to driving without a seat belt: you might be OK, but you’re always taking a huge risk.

In 2006, Dawson published the first peer-reviewed study on the five-second rule, investigating whether the length of time that food touches a contaminated surface affects whether bacteria is transferred to the food. The scientists tested the rule by contaminating three different surfaces—tile, carpet, and wood—with salmonella, dropping food (specifically, bologna and bread) on each surface, and measuring how much bacteria was picked up by the food within five, 30, or 60 seconds.

Did You Just Eat That?

Read More:  Anxiety? This one minute breathing technique will calm you down

“Our findings pretty conclusively busted the myth of the five-second rule,” they write. “We found that bacteria transferred to the bologna after only five seconds of contact time, thereby demonstrating that they may not be safe to eat.” The longer food sits on the ground, the more bacteria are transferred, which may be why some people justify the five-second rule. However, as some bacteria transfer happens instantaneously, the rule is still completely disproven.

To further gross you out: Dawson’s experiment also found that salmonella hung around on the contaminated tile surface for a month—even though there was no visual indication of such. “Bacteria capable of forming spores are known to survive for years in their dormant spore form,” the authors explain.

FYI, this isn’t the only research to debunk the five-second rule. In 2016, a second peer-reviewed study from Rutgers University had similar findings, although they included a wider variety of food in their experiment—watermelon cubes, plain bread, buttered bread, and gummy bears—on a variety of surfaces. Because bacteria move quickly through moisture, the watermelon sucked up the most bacteria.

So where did the five-second rule come from?

As with many old wives’ tales, it’s not totally clear where the five-second rule originated, but various cultural moments may have helped perpetuate it. Early beliefs about eating food off the floor can be traced back to the “Khan Rule”—a practice held under Mongolian leader Genghis Khan, according to Dawson and Sheldon. Khan reportedly allowed food that fell on the floor to stay there as long as he wanted—whether it was five hours or over a day—with the idea that any food that had been prepared for the ruler was inherently good enough for anyone to eat.

Read More:  How Much Safe Is It To Take Keto Diet?

While Khan likely had no understanding of microorganisms, the idea that food was ok to eat if it looked clean continued to appear in pop culture. Fans of culinary icon Julia Child once claimed to see the chef drop a turkey on the ground during her cooking show and pick it up, saying no one would ever know the difference. While it was later confirmed that she really dropped a potato pancake onto the stovetop, many people still believed they saw her drop raw meat on the ground and continue cooking with it, which may have given the urban myth more fuel.

The bottom line: The five-second rule is a gross simplification of how bacteria transfer to food, and there are many more factors than simply how long food sits on a surface—for example, the type of food, whether it’s carpet or tile, and how contaminated that surface is. And since you never know how “dirty” the ground really is…well, is that piece of candy you dropped worth the risk?