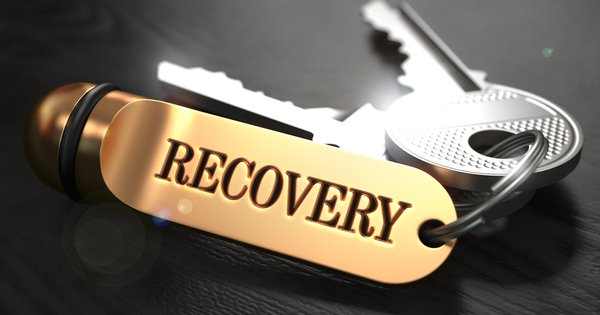 There are many forms of addiction, from common ones like alcohol and tobacco to more serious epidemics like the addiction to opioids, a growing problem in the United States. In fact, in 2014, 47,055 drug overdose deaths occurred in the United States and 61 percent of these deaths involved prescription opioids and heroin. 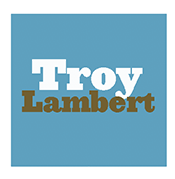 The situation is not improving, and in fact is getting worse. In 2017, there were 72,000 drug-related deaths, nearly double the 2014 numbers and the equivalent of 200 deaths a day. Clearly, the solutions we are currently turning to are not sufficient or nearly effective enough.

The continued struggle is not for lack of effort. Companies are trying to leverage virtual and augmented reality, smart apps, and more to battle the drug abuse crisis we currently face. Enter one more player into the mix, the blockchain, and even cyber currency. How will the blockchain help those who are struggling with addiction? First is it important to understand what methods we are using now, how effective they are, what can be done about them, and how the blockchain can help with those efforts?

The Anatomy of the Problem
First, let’s be abundantly clear. Addiction is not a United States problem, nor does it have anything to do with race or ethnic origin, economic status, sexual orientation, or any other demographic you might have heard assigned to it. The journal Addiction tells us that there are more than 240 million people addicted to alcohol worldwide. There are 29 million people suffering from drug disorders according to the UN Office on Drugs and Crime. Combined with the number of drug-related deaths, it is understood this is a worldwide problem that can strike anywhere.

Prescription opioids are much more popular in the United States, and that may be for a number of reasons, including prescription abuse, street availability, and costs that make prescription drugs more affordable than heroin or other street drugs.

While it is not a sure marker, addiction often hits rich kids, those who have resources to obtain drugs, harder than it does their poor counterparts. Kids with higher intelligence regardless of economic background, are less likely to use drugs or even try them in the first place.

Studies show that no one is exempt. When it comes to alcohol, stereotypes and preconceived notions are often wrong. Think of these stats from a Gallup poll:

80% of upper-income respondents use alcohol regularly compared to 50% of lower-income individuals.
78% of individuals with an income of $ 75000 or more reported that they drink, compared to 45% of those with an income of $ 35,000 or less.
80 % of college graduates say they drink vs. 52% of those who have had a high school education or less.
64% of Americans regardless of income class report that they use alcohol.
It may be that those with more income can simply afford to buy more alcohol, and that is why the numbers go up in those income brackets. However, heavy or binge drinking may be more popular in those groups with a lower overall income.

And of course, the homeless population often struggles with addiction, but it is difficult to get accurate numbers on their population, and therefore percentages are questionable. For instance, one study says that 34% of the homeless in shelters abuse alcohol. The stat is deceiving because many shelters don’t allow those who are on drugs or alcohol to have access to their services, especially if they are drunk or high when they seek access.

What about the cost of treatment? While you might think this would be a problem for lower income groups, it is not the most commonly offered excuse. Among those surveyed by the Journal of Substance Abuse Treatment who identified themselves as alcoholics, the reasons they didn’t seek treatment were ranked in order as:

Believed they could help themselves
Privacy concerns
Belief treatment was not necessary
Treatment was not perceived to be effective
Financial concerns came well below these, and in reality, there are a number of options to pay for addiction treatments. The problem is not lack of programs or even their effectiveness, but addicts themselves.

What does treatment itself look like once we get past the problem itself?

Replacing Habits with Habits
Essentially beating addiction is about replacing bad habits or those that would lead someone toward temptation or difficult situations with new, good habits. The reality of addiction is that simply quitting does not work for most people. There are steps that involve setting up a new daily routine. Those who do that effectively and check in regularly with sponsors are the ones who succeed.

This is the draw of support groups and 12 step programs. A program to follow, a path to developing new habits, a sponsor and peer to peer support are what makes them work as well as they do. However, they are not as effective as we would like them to be.

The simple fact is those that follow the program and check in regularly and attend meetings are successful and those who don’t, who are not determined or really ready to give up their old patterns are the ones who will fall off the wagon, and often repeatedly.

As more and more people are affected by substance abuse, it affects more people peripherally in their lives. It’s extremely important that they not only get the help they need, but they get effective help. This is where technology comes in.

The Helping Hand of Blockchain
The blockchain is a transparent, secure ledger that cannot be altered. So what does blockchain have to do with helping those struggling with addiction? There are two clear ways. The first is that the blockchain can be used to secure pharmaceutical supply chains while at the same time making them transparent and unalterable. This ensures that the right medicine goes to the right people. Companies like MediLedger and BlockMedx are working on solutions to implement this technology through partnerships with pharmaceutical companies.

The second is through helping addicts directly. Hayver, a new drug and alcohol recovery app is also using blockchain technology. First, they offer addicts incentives using their own cryptocurrency, Duitcoin, issued using Ethereum. Users can earn coins in a number of ways, but one of the easiest and best is to submit a clean drug and alcohol screening test. Thus this app aims to provide random drug testing with peer to peer accountability. Every user has a circle of support on the app, made up of between 5 and 20 people, some loved ones and others in recovery.

Those who check in daily with their circle and randomly test themselves have a much higher rate of recovery, around 90%. Those who don’t most often relapse. “I just wanted to create an app that gives myself and others a better chance of staying in recovery,” says co-founder John M. Copenhaver to CoinJournal. So far, the results have been better than even he expected.

No technology, including the blockchain, can replace the 12 step programs and in-person intervention and recovery. Instead, the blockchain is an additional tool we can use to fight the war on drug addiction in our country. Perhaps besides raising awareness, this will be the tool that turns the tide in our favor.

◊♦◊
The Good Men Project is different from most media companies. We are a “participatory media company”—which means we don’t just have content you read and share and comment on but it means we have multiple ways you can actively be a part of the conversation. As you become a deeper part of the conversation—The Conversation No One Else is Having—you will learn all of the ways we support our Writers’ Community—community FB groups, weekly conference calls, classes in writing, editing platform building and How to Create Social Change.
Read More:  Addiction To Pain Killer: Start Treating Yourself By Being Honest That You Have A Problem

Here are more ways to become a part of The Good Men Project community:

Request to join our private Facebook Group for Writers—it’s like our virtual newsroom where you connect with editors and other writers about issues and ideas.

Click here to become a Premium Member of The Good Men Project Community. Have access to these benefits:

Are you stuck on what to write? Sign up for our Writing Prompts emails, you’ll get ideas directly from our editors every Monday and Thursday. If you already have a final draft, then click below to send your post through our submission system.

Are you a first-time contributor to The Good Men Project? Submit here:

Have you contributed before and have a Submittable account? Use our Quick Submit link here:

Do you have previously published work that you would like to syndicate on The Good Men Project? Click here:

Join our exclusive weekly “Call with the Publisher” — where community members are encouraged to discuss the issues of the week, get story ideas, meet other members and get known for their ideas? To get the call-in information, either join as a member or wait until you get a post published with us. Here are some examples of what we talk about on the calls.

Want to learn practical skills about how to be a better Writer, Editor or Platform Builder? Want to be a Rising Star in Media? Want to learn how to Create Social Change? We have classes in all of those areas.

While you’re at it, get connected with our social media:

However, you engage with The Good Men Project—you can help lead this conversation about the changing roles of men in the 21st century. Join us!

Do you want to talk about how to have richer, more mindful, and enduring relationships?

We have pioneered the largest worldwide conversation about what it means to be a good man in the 21st century. Your support of our work is inspiring and invaluable.
— 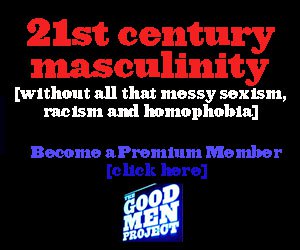