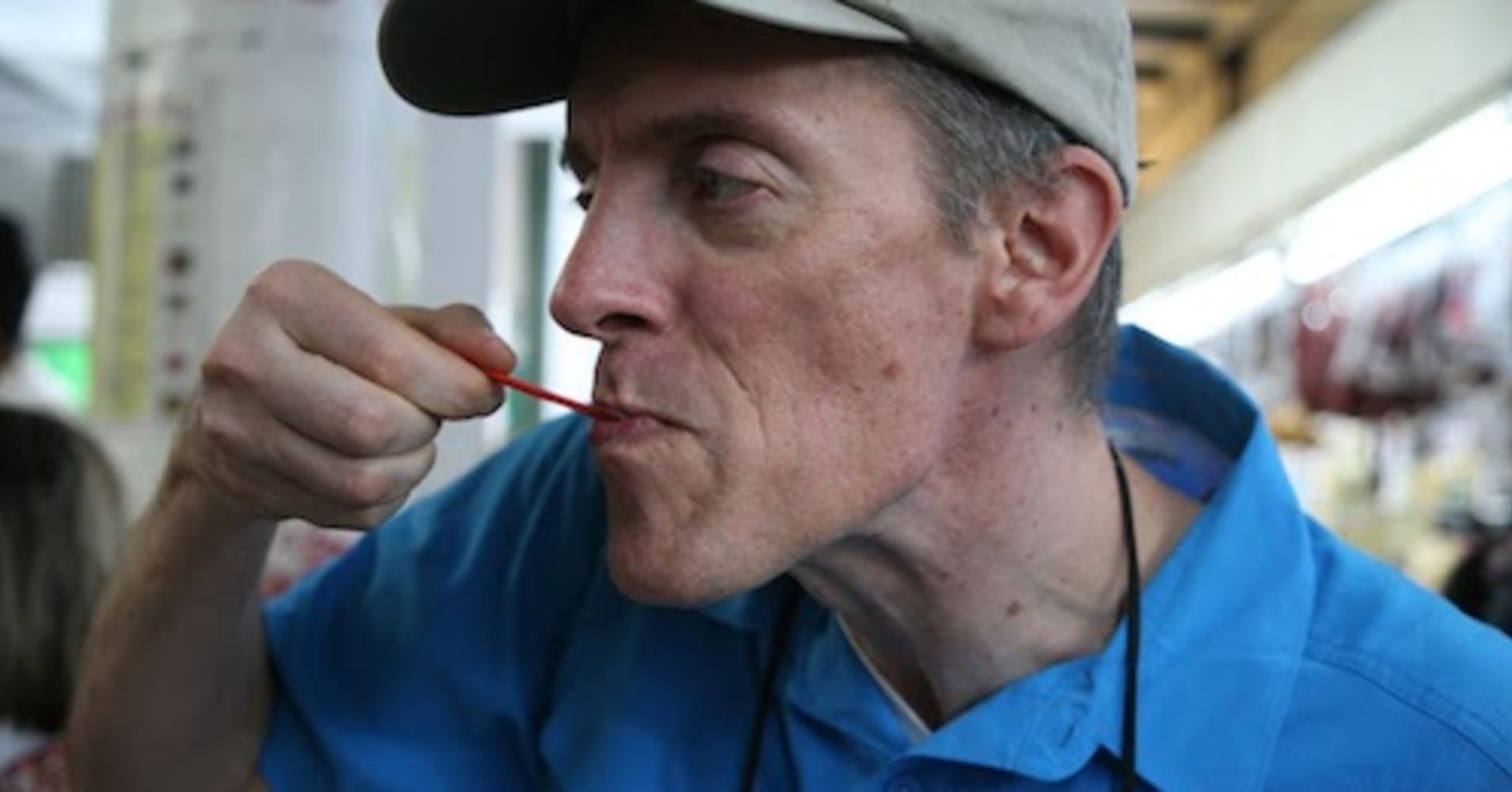 Most of us would find it off-putting to imagine that there are many trillions of bacteria, viruses and fungi living in our body, invisible to the naked eye. But Richard Sprague, a Seattle-based software engineer, has dedicated years of his life — and tested himself hundreds of times — to unravel their mysteries.

In the past decade, technology has made it possible for people to cheaply analyze not only our own genes, but the genes of our non-human roommates, too. These days, scientists generally agree that about half the cells in a typical human body are human, half are microbial, and there’s value in studying both.

Sprague identifies with the burgeonning “quantified self” movement, which is big in Silicon Valley and involves tracking and collecting all kinds of data about the body to improve one’s health.

In 2014, he decided to do all he could to understand his body with these newly available tests. He was one of the first to try 23andMe to analyze his DNA, and was early into direct-to-consumer “microbiome” tests, including one from venture-backed uBiome, where he worked as a citizen scientist-in-residence.

“About five years ago, I started learning about all the non-human genes that are just sitting there, which co-evolved with humans and are clearly doing something,” he said.

At this point, Sprague might be the most “tested” citizen scientist in the world. He has analyzed the microbes in his gut, his nose, his mouth and his skin more than 600 times, he estimates.

Sprague has published a lot of this data online. He’s also created charts and other graphics to better visualize the data, and look for potential patterns. He’ll often incorporate his sleep, food and exercise routines, which he methodically tracks with an iPhone.

In the process, Sprague has had to collect a lot of his own feces, which is the main ingredient used in gut microbiome studies. But he’s also learned from taking samples from other nooks and crannies in his body. According to Eisen, the UC Davis professor, there are mouth, skin and other related studies of the microbiome underway also.

Sprague doesn’t claim to offer any hard and fast conclusions that will apply to everyone, but he’s found a few interesting things about his own body.

For one thing, the microbiome changes over time. Sprague realized quickly that he would get wide variations in his results, especially with when he took a sample from his nose (unlike the gut or mouth, the nose is in more regular contact with the external environment). He also noticed some differences when he embarked on a trip to China from Seattle, where he currently lives. Sprague brought along enough kits to test himself daily, and he blogged that he noticed a blooming of a microbe called coprobacter.

A couple other things he noticed:

Far more rigorous research would need to be done on a much broader and more diverse population of people before anyone should draw conclusions.

Read More:  A Hidden Cancer Could Have Killed Me—If It Wasn’t for This Routine Test

Scientists, like Eisen, applaud Sprague for his efforts while also recognizing that it’s not typically possible to make broad inferences about human health. “I think the number one issue is to make sure people are doing this with eyes wide open to the methods and also the challenges,” he said.

In other words, as long as citizen scientists don’t try to “sell” their conclusions to others, Eisen encourages this sort of engagement that gets people thinking more deeply about microbes.

At this stage, scientists are still figuring out all the possible links between the microbiome and disease, which is extremely complex. “You see changes associated with everything, and the challenge is figuring out if any of those changes are important,” he added.

One of the only known medical applications involving the microbiome today is treating a bacterial infection called C.diff, which often occurs in hospitals after antibiotics wipe out the normal bacteria that’s present in the gut. Treatment with a so-called “fecal transplant”, which involves taking feces from a healthy person’s gut, has been shown to have a cure rate of more than 90 percent.

In the meantime, Sprague is willing to offer himself up as a resource to those who are interested in learning more about their microbiome.

“I like to think of myself as a microbe mind reader,” he said.

WATCH: How to use the Apple Watch’s ECG feature