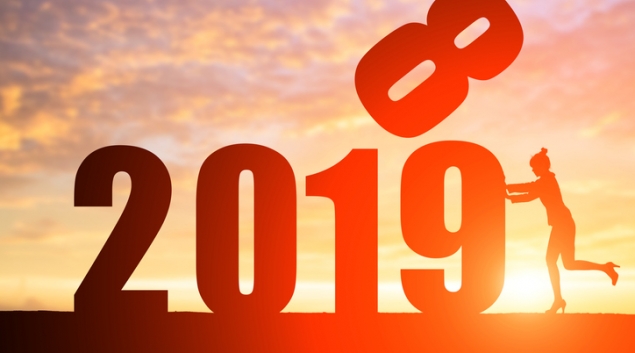 Editor’s Note: This was another busy year, from Amazon making bold moves, to a judge deciding the fate of the Affordable Care Act, to vertical mergers between insurers and PBMs and both CMS and insurers touting the advantages of Medicare Advantage plans. As we usher in the New Year, here’s a look back at 2018’s most important stories as chosen based on both reader interest and our editors’ picks.

1. Amazon made another bold move into healthcare that went relatively unnoticed

Online retail giant’s reach into the Medicaid market to take on Walmart among lower income customers could bring disruption soon.

Amazon, Berkshire Hathaway and JPMorgan Chase combined to create a nonprofit healthcare company and appointed prominent surgeon and author Atul Gawande to lead the yet-named venture. But another story that fueled as great an interest was when the online tech giant decided to take on Walmart by reaching out to Medicaid beneficiaries.

2. What’s next for the Affordable Care Act

Democratic attorneys general led by California have filed a motion to allow for an immediate appeal of the decision to the Fifth Circuit Court.

In mid-December, a Texas judge struck down the Affordable Care Act, throwing into question coverage for millions of consumers who just signed up for coverage during open enrollment and the market for insurers who jumped back into a more stable market this year. Just before the new year, the judge stayed his decision, leaving the ACA in place through the appeals process.

For 2018, CMS updated its measures in adjusting three Part C measures for Medicare Advantage only and MA-prescription drug plans.

Star ratings are important for bonuses, to gain customer share and, in the broader picture, to show value-based care is more than a myth. As a greater percentage of seniors sign up for Medicare Advantage plans, as more insurers offer plans, and as the government touts MA , its future seems clear.

4. Telehealth from home to be added to Medicare Advantage plan’s benefits under new rule

Medicare Advantage plans got another boost this year when CMS offered a proposed rule allowing MA beneficiaries to use telehealth from home, rather than from a provider’s office. Traditional fee-for-service Medicare also got more flexibility in getting added codes for telehealth services.

While integration of CVS Health and Aetna has begun, judge has ordered both parties to submit arguments by December 14.

A ruling on the ACA was at least expected, but another federal judge decision to step into the federally-approved CVS and Aetna merger came as a December surprise, after the November 28 closing. The Tunney Act review is still pending, but at least CVS Health was able to successfully argue that no court-appointed monitor would be needed to keep certain operations separate.

The integration of insurer and pharmacy benefit manager follows that of CVS Health and Aetna.

Read More:  Looking into the History of Birth Control Posted By : John Smi

Cigna and Express Scripts got through the regulatory hurdles relatively unscathed, compared to CVS Health and Aetna, to complete their $ 67 billion consolidation, also in December.

UnitedHealthcare and Envision Healthcare were able to finally settle their payment differences and agree to a contract extension, ending a longstanding dispute over ER payment rates.

The company had planned to reduce by 25 percent payments for evaluation and management services reported with modifier.

Anthem dropped its plan to reduce by 25 percent payments for certain evaluation and management codes across its commercial line of business after getting strong opposition from the American Medical Association and other physician groups. Anthem had made the move to avoid duplicate payment for fixed or indirect practice expenses and said it believed that making a meaningful impact on rising healthcare costs required a different dialogue and engagement between payers and providers.

9. Anthem amends ER policy but stands behind decision not to pay for avoidable emergency care

As of Jan. 1, Anthem said it would always pay for emergency room visits based on certain conditions.

Entering the healthcare services market might just be the answer to offset risk-laden insurance products.

Read More:  A simple act to help families struggling to find their way in a foreign culture