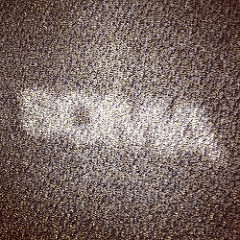 Paul said, “The first man was from the earth, a man of dust; the second man is from heaven” (1 Corinthians 15:47), paraphrasing Jesus’ own words, “You are from below; I am from above. You are of this world; I am not of this world” (John 8:23). And why did Paul call attention to this? Because those in Adam are like Adam, and those in Christ are like Christ. “As was the man of dust, so also are those who are of the dust, and as is the man of heaven, so also are those who are of heaven” (1 Corinthians 15:48). Humanity is divided into two groups: those in Adam and those in Christ, the saved and the lost, the generate and the regenerate, Israel and the Gentiles, the church and the not-church.

The differences between these two groups of people are historic, as well as cultural. These differences run through history and are found in every nation and every people group. And this is why the gospel of Jesus Christ has been sent to every nation. Jesus insisted, “And this gospel of the kingdom will be proclaimed throughout the whole world as a testimony to all nations, and then the end will come” (Matthew 24:14). Paul knew that “the Scripture, foreseeing that God would justify the Gentiles by faith, preached the gospel beforehand to Abraham, saying, ‘In you shall all the nations be blessed'” (Galatians 3:8).

Paul drives the point home, “I tell you this, brothers: flesh and blood cannot inherit the kingdom of God, nor does the perishable inherit the imperishable” (1 Corinthians 15:50). Flesh and blood can also be translated as body and blood. The Greek word Paul uses for flesh here is “sarx,” which means that he is presenting the sarx/soma contrast here (previous article). Again, that contrast is about the definition and use of the word “body.”

That which is perishable — flesh — cannot inherit the kingdom, but only that which is imperishable. As the King James Bible reads, “neither doth corruption inherit incorruption” (1 Corinthians 15:50). The people of God, those who, from every nation, will inherit the kingdom “on earth as it is in heaven” (Matthew 6:10) must be above corruption. The Greek Lexicon says the word “corruption” is used in the New Testament in an ethical sense and indicates moral decay. Again, Paul was not talking about sarx alone — flesh. He was not talking about growing old, getting sick and dying. He was not talking about the decay of the flesh, but about the decay of culture and morality. And remember that the definition of morality is concerned with the distinction between good and evil, right and wrong, and focuses on behavior.

But Christ, having been begotten by the Father, is of a different order. Christ is another kind altogether. Christ has two natures — natural and supernatural, sarx and soma. In Christ our body (sarx) is superseded by Christ’s body (soma). “Behold,” said Paul, “I tell you a mystery.” Soma trumps sarx. “We shall not all sleep, but we shall all be changed” (1 Corinthians 15:51). The Greek word translated sleep (koimao) usually means sleep, but can sometimes refer to death. The most significant use of this word is found in 1 Corinthians 11:29-30, where Paul wrote, “For anyone who eats and drinks without discerning the body eats and drinks judgment on himself. That is why many of you are weak and ill, and some have died.” Most translations read sleep. Were they dead or just asleep?

I suspect that the word indicates a loss of consciousness, and that is why it sometimes means death and sometimes sleep. Sometimes you don’t know if a person is dead or asleep until he wakes up, or doesn’t. The thing that the dead and the sleeping have in common is a lack of responsiveness to their actual, immediate surroundings. Substituting “unresponsive” provides some illumination. Speaking of improper management of the body of Christ, Paul said, “That is why many of you are weak and ill, and some are unresponsive.” And here he said, “We shall not all be unresponsive, but we shall all be changed.” The Greek means to change, sometimes by exchanging one thing for another, sometimes by transformation. Our sarx will be exchanged for Christ’s soma, our body for His body, or our bodies into His body.

First His body (sarx) was offered as a propitiation on the cross for our sin and in place of our bodies (sarx), and some day — suddenly, in the twinkling of an eye — our bodies (sarx) will be changed into His body (soma). Our many will become His one. Some day. How long will it take?

For over 25 years Phillip A. Ross has been leading churches and writing Christian books. http://www.Pilgrim-Platform.org documents the church’s fall from historic Christianity. In 2008 he published a book First Corinthians that demonstrates the Apostle Paul’s opposition to worldly Christianity. Arsy Varsy — Reclaiming the Gospel in First Corinthians shows how Paul turned the world upside down.